Hi everyone. All being well, this time next week I’ll be in England but that  certainly doesn’t mean I’ll be absent. I’ll be sticking to my regular posting schedule and showing you some photos of my travels along the way. I’ve got something great in store for my next post and as for the one after that? Well – I’m hoping to actually get some cooking done in England in my parents’ kitchen. It’s been a long, long time since I cooked there so that should be fun. I’m not quite sure what I’ll make yet but I’ll let the English countryside inspire me!

It occurred to me that I haven’t shown you how much my son has grown in a couple of months. He’s now proudly sitting in a high-chair and eating meals with the “big people”. He seems to enjoy a great deal so far. We’re introducing him to solids by two methods. Regular puréed food which I make myself and also baby-led weaning. As a result, we’ve discovered that he seems to really, really enjoy cucumber. You put a stick of that in front of him and he’ll go nuts with it. In terms of purées he has enjoyed most of the things we’ve tried him with, including a pumpkin and chicken purée (which was delicious, even if I do say so myself… and no… I didn’t steal his meal! :D). Most surprisingly was hummus. I forgot to salt a batch of hummus once and decided to give him some to see if he took to it. I was concerned the strong garlic flavour might turn him off a bit but he was crazy for it. Perhaps he’ll be as fanatical about the chickpea dip as yours truly some day!

He loves to watch me in the kitchen and we had a wonderful afternoon the other day. The air was fresh, I was busying myself making… something – I forget what – and we had some good ol’ father son time in the kitchen together. He’s now got two little teeth poking through in his bottom gum as well, which he delights in digging in to errant fingers if he can get his little paws on them. 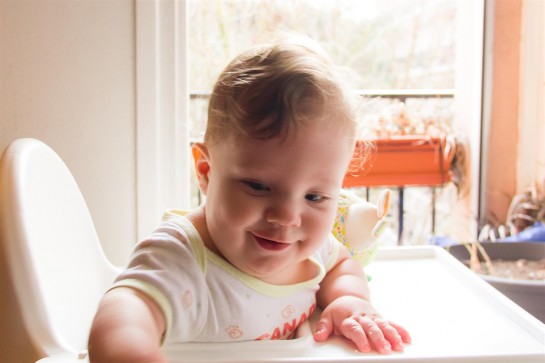 On to today’s recipe – I posted my recipe for a shooter’s sandwich not long ago. A delightful sandwich of steaks and mushroom sauce, crammed into a hollowed out bread loaf and flattened overnight, before being cut into wedges. Great for taking on picnics because it’s squashed already – it’s supposed to be squashed, but what for the poor vegetarians out there? Or maybe you just don’t feel like eating meat today… or maybe you don’t want to spend a small fortune on two giant steaks?

Fear not – this sandwich is fast becoming one of my favourites, and I think I even prefer it to its meatier brother. It’s not a shooter’s sandwich though. In shape alone, maybe, but the ingredients couldn’t be more different so I took the liberty of coining a new name – “Gardener’s Sandwich”. In case you make this though and think the name sounds silly then do feel free to just say it’s a “vegetarian” shooter’s sandwich instead, and make it you should – it’s very, very good! 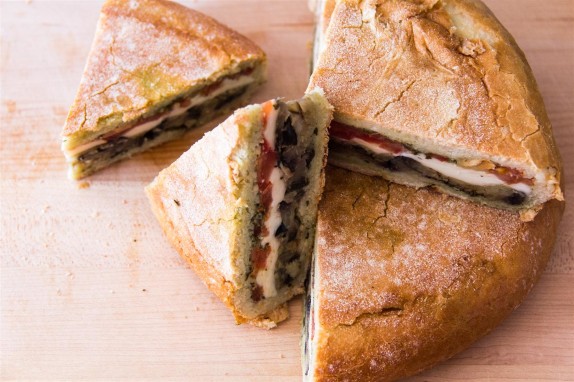 Enjoy the remainder of the post folks – I’ll be back in a few days, hopefully from England, with something not very English at all. Oh the irony! 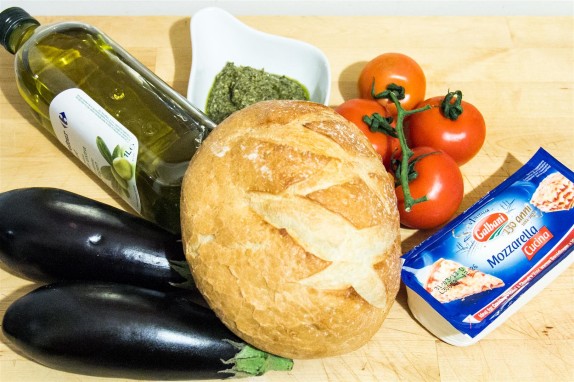