You are here: Home / Archives for Almond Paste

I was really hoping to post something “Swedish” today, but in reading up about biskvi, I discovered that apparently they were first made in France, at the end of the 19th century. That said, I’ve never seen them in France, nor have I seen anything really like it outside of Sweden, so I’m going to go ahead and introduce these Chocolate Biskvi as hailing from this country.

They couldn’t be easier to make, although one of the main ingredients might not be widely available everywhere. Almond Paste — mandelmassa in Swedish — isn’t that common in other countries I’ve found. Don’t confuse it with marzipan. While similar, almond paste is usually much looser in consistency. If you’re unable to find it then I would recommend using marzipan, but run it through a food processor with a little bit of sunflower or canola oil. You should achieve a similar result, with the benefit of being able to skip the first step (grating the paste) of the recipe below.

Chocolate Biskvi truly are things which could benefit from an artistic touch. Don’t get me wrong — I love everything about these things — but they’re a bit plain looking, especially when they’re made by someone like me with my sausage fingers and big clumsy man-hands. 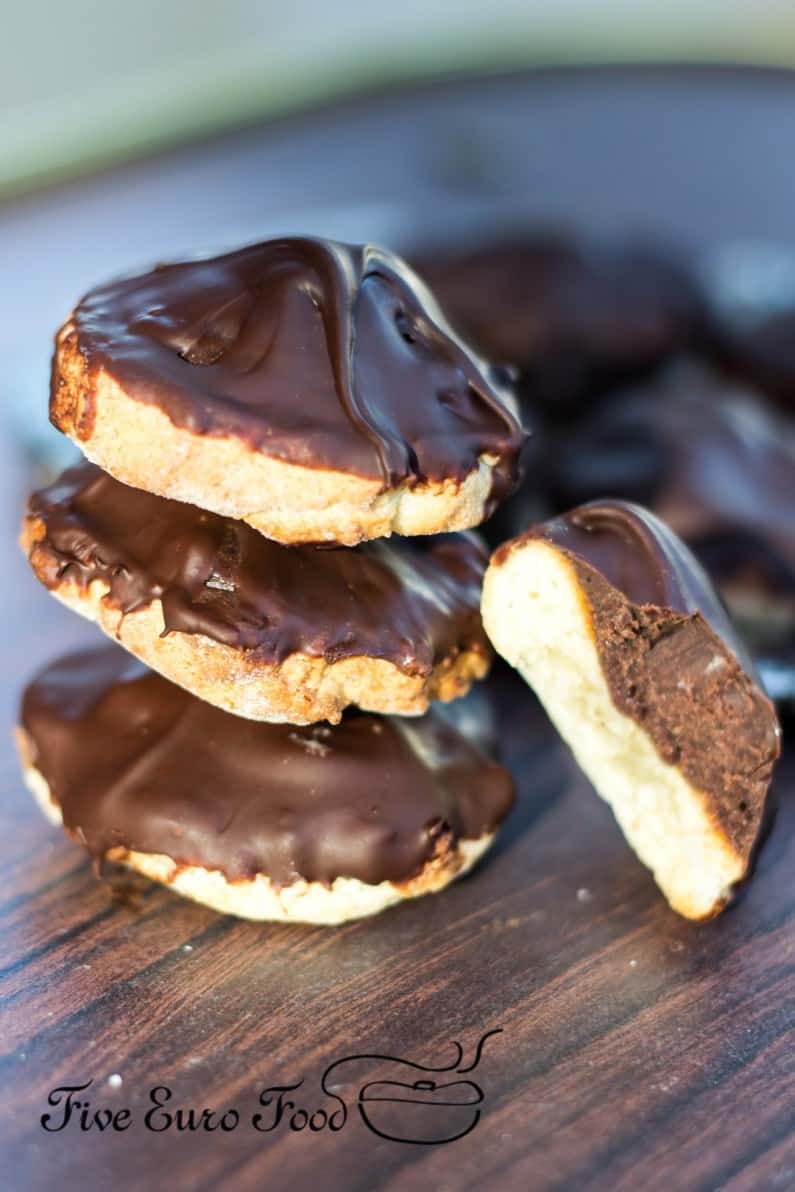