You are here: Home / Archives for Sweetcorn

Hi folks, I thought I’d share a great ocean pie recipe (because that sounds so much better than “fish pie”) with you today, despite my wife saying that if I did post the pie photos then I’d lose all my readers. I’ll admit – it’s not the prettiest of things, but damn if it’s not delicious. Before that though I thought I’d share a few updates with you on what’s going on here.

Now that the ground has defrosted; the days are hot and the nights are mild, the time has come to start thinking of gardening. I planted some seeds a few weeks back and am delighted to see that they’re coming along really well. Shown below are cucumbers; I’ve also planted leeks, oregano and some weird salad leaf thing which I don’t actually know the name of. 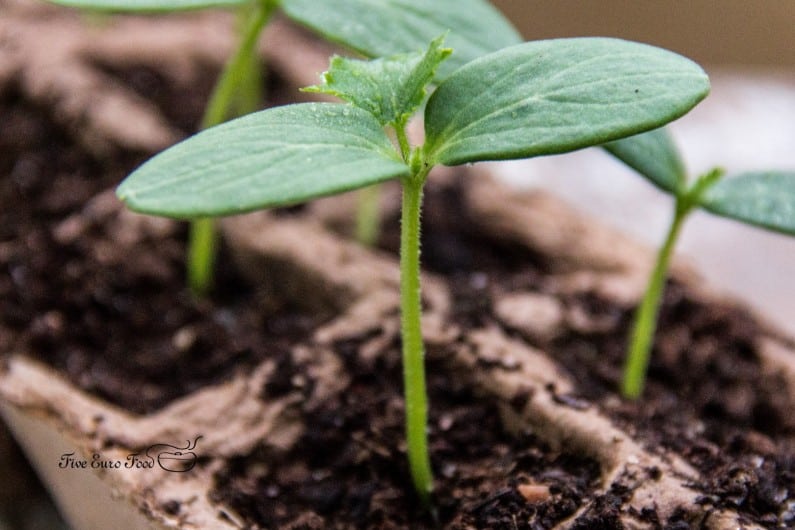 These are getting big enough that they’ll soon need to be replanted. I dare not plant them outside quite yet because the risk of frost is still a possibility for another half month or so. In any case, eventually they’ll go out to a greenhouse along with some tomato and aubergine seedlings – the latter two I’ll be buying because I’m lazy and also didn’t really plan ahead.

I’ve been weeding and forking and digging and preparing another patch of land for some beets, beans, and various other things which I forget right now…

I’ve also been digging up a patch of land where I’m going to plant some potatoes. This operation did not go quite according to plan. I was happily digging away and suddenly a hit a huge boulder. After much digging and with the help of both my parents-in-law I was able to eventually extract it from under the ground. I carried on digging and hit another. Luckily this one was a bit smaller so I could remove it myself. Unfortunately then I hit another one which was about three times as big as the first. Considering the first one was probably about 80kg, it’s pretty safe to say that that one was staying put. A few days later I found another boulder, so now I’ve sectioned off the area into “suitable for potatoes” and “not suitable for potatoes” parts. You can see the patch in the photo below, with two of the boulders in the bottom-right corner.

In case you’re not interested in seeing soil then here’s some bonus pictures for you. My parents-in-law have a rooster with some chickens (two of which are these)…

Naturally that makes for this:

… and as if that wasn’t excitement enough, we’re also cat-sitting for a friend at the moment, so now you can all enjoy a picture of a cute kitten. Everyone say “d’awwwww”! 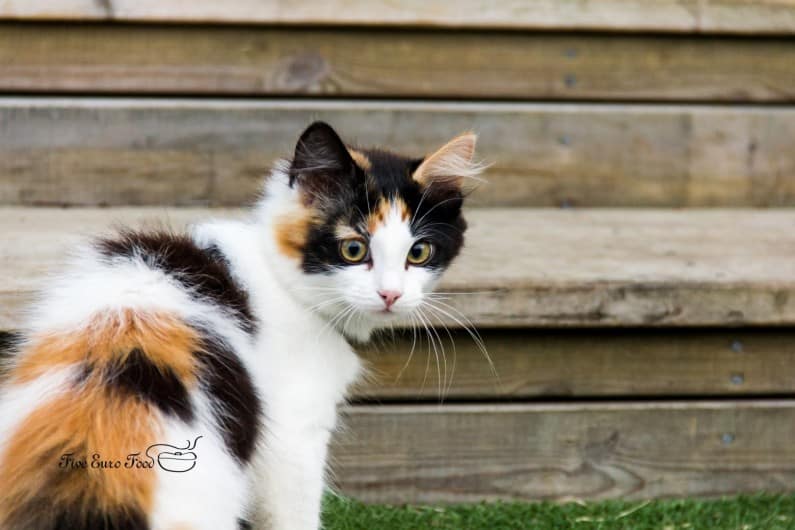 It’s Mother’s Day in Sweden today, so have a great day all you moms out there – Swedish or otherwise. Enjoy the Ocean Pie and I’ll be back soon! 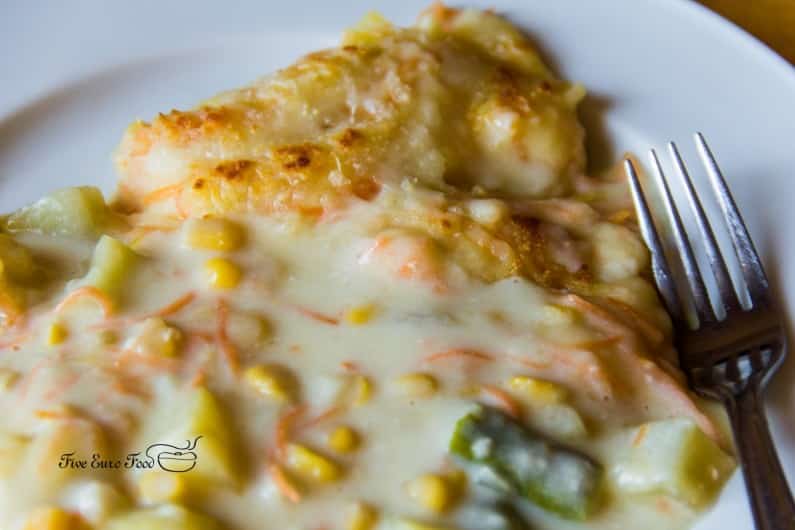 So I’m currently trying to eat a little bit more healthily, and this recipe is pretty good in that respect – no additional oil required and wonderfully filling. You can halve the price above if you’re only making it for 2 servings, but I wanted to make enough to take to work for lunch too. I did go a bit overboard with the amount of sweetcorn and kidney beans, so I’ve reduced the quantities down a little – you can of course reduce them down even further if you wish. These go really well with hummus and a basic leafy salad!