Hi folks, this post is coming to you today from glorious England. The dish featured today was made back in France, but I’m in my homeland right now for a couple of weeks of glorious vacation. Spending time with family, visiting some of my old haunts – fantastic! I only arrived yesterday so I haven’t had a chance to get out and about and take any photos yet but I will soon, and I’ll be sure to share them with you just as soon as I do. I’m also eagerly looking around for inspiration on things I can make, both while I’m here, and when I return to France again. English food gets a bad rap but we have some great stuff here and I’m determined to seek out a few things. I dabbled in a bit of English cookery once before on my blog and in case you missed it you can check out all my recipes tagged as “English” here.

For today’s post I’m going a bit further away from the shores of England though and back into Sweden, to make a Swedish Apple Cake, or “äppelkaka” as it’s called over there. To say it’s a cake is misleading – at least in my opinion. There’s no batter, and the vast majority of the cake is entirely apple. It takes no time at all to throw together and after 30 – 40 minutes in the oven you can have it out and on the table, ready to go. Traditionally, the cake doesn’t have cinnamon, but I don’t know a single apple dish which isn’t dramatically improved with a good sprinkle of the spice. It works best as well with apples that have a bit of bite – something like Granny Smith – which will really help lift the flavour up.

For the breadcrumbs, I used left-over bread from my Gardener’s Sandwich. I wouldn’t want to throw all that lovely soft filling away and this was the perfect use for it. Let it dry out a bit and then just pulverise it in a food processor. A couple of minutes later you’ve got beautiful breadcrumbs. I served it with a vanilla, pecan and caramel ice-cream which I bought which was a perfect accompaniment for the cake, so I can totally recommend those flavour combinations.

I hope you’re able to give the cake a try and enjoy the video as well. I’ll be back in a few days with, hopefully, some photos and some stories and maybe even something food-related too. Have a good day everyone! 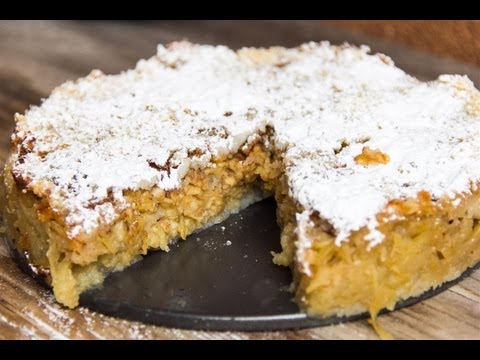 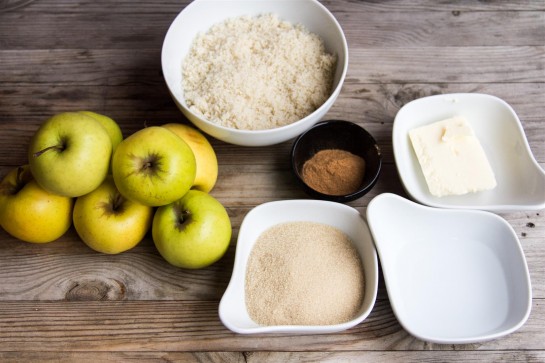 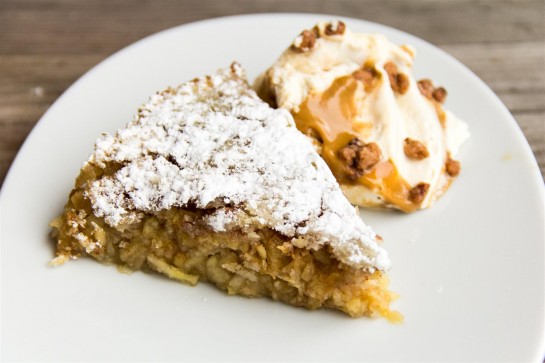