You are here: Home / Cost / Beetroot and Potato Croquettes

The best potato croquettes I ever had were some gloriously creamy things with cheese and ham in the middle. Crispy on the outside, soft on the inside – as a good croquette should be – with cheese oozing out from the centre when you broke into them. They were made even better by the fact that the restaurant I was in was exceptionally nice. It was a very fancy-looking place in Tokyo, during one of my visits there, and the entire place was covered in black marble. The lighting was dim, the voices hushed, and it had a stream and pond running through the whole restaurant, with frosted glass walkways taking you over the water to your seats.

I don’t remember anything else about what I ate there – the croquettes have stuck in my mind because they were amazing. You’d think it shouldn’t be so hard to recreate such a thing, but you’d be wrong. I’ve tried a number of times over the years to make a croquette as good as those that I ate that evening but I’ve never succeeded. Eventually I decided that perhaps I wasn’t approaching the task in the right way. After all, such a croquette has many things contributing to its success; at the very core, you have to get the cheese right for the centre. After this you have to get a really good creamy mashed potato and then coat them in the right way before getting the oil temperature right for frying.

As a result, I decided to try and master the basic concept of croquettes first, before trying to recreate something from so long ago which holds such delicious memories. I happened to have a load of cooked beetroot after seeing them cheap at the store and I sure love beetroot as you may know so after thinking for a bit, I came up with… 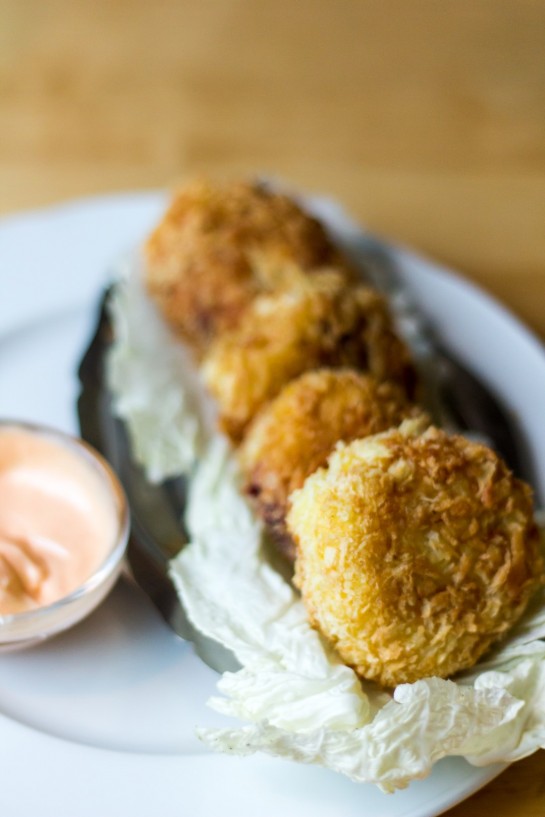 These worked very well, even if you’re not a beetroot fan. I say it every time, but the beetroot flavour isn’t overly apparent here so I think anyone could enjoy these, but some people are real beet haters so I guess I’ll never be able to win over everyone.

My wife suggested that these might also be great with crumbled feta in the middle with the beetroot. I think that’s an excellent suggestion since beetroot and feta go together very well, so by all means try this if you have a chance – I know that I will next time. 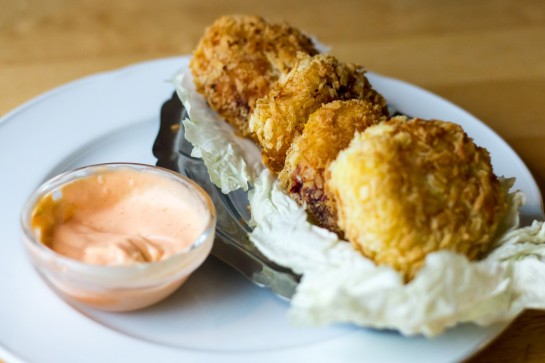 The sauce isn’t anything special so rest assured that I’m not holding back on you. I mixed a bit of mayonnaise and sriracha together and although I’ve no doubt it would have been better with a “proper” sauce, this one does work well. I can also confirm that they are great when served with hummus as I had this combination for lunch the very next day. 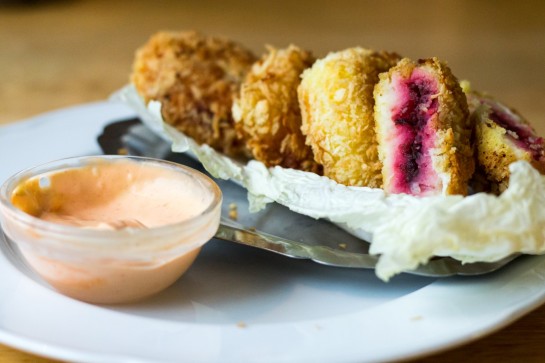 As you can see my shaping technique still needs a bit of work, especially when it comes to putting the filling in but the beetroot and potato croquettes were good so I hope you’ll have a chance to give them a try. Have a wonderful day everyone; I’ll be back soon with the next instalment in my “Typically Swedish” posts and then will share a new recipe in the post after that.

You'll also need500ml of Sunflower or Canola oil for frying

If you don't have an oil thermometer then test the oil temperature by dropping in a cube of bread. If it starts to sizzle then it's ready.
You can crumble in some feta cheese with the beetroot for an alternative recipe, or even add grated onion into the potato. There are many ways you can adapt this recipe.