You are here: Home / Cost / Beetroot, Feta and… Raspberry Salad

Hi everyone, I hope you’re all having a fantastic, restful weekend. I thought I’d write about one of my favourite salads today – very apt, what with my current attempts to try and eat at least a little healthier :).

The first time I had this was as a starter in a rather delightful restaurant in Paris, just around the corner from where my friend used to live. Alas, my friend has now moved away from France, and the restaurant has also closed – sigh, such is life.

The salad itself is simple enough in composition – beetroot, cubed feta, a good bit of fresh mint and some olive oil and balsamic vinegar to bring out the flavours a bit. A dish of nightmares for those who dislike beets, but for people like me, an excellent marriage of flavours. This was the original salad, and I haven’t really tried to develop it more because for me, it’s always been very good. That was, until now. I noticed that they were offering small pots of pretty much the exact same salad in my office canteen one day. They didn’t add the mint or the dressing, but they had added raspberries as well! I was sceptical… I’ll say that right now. I thought maybe it was a case of adding some extra berries just for the sake of it, so it sounds different on the menu, but on trying it I was very surprised. The raspberries provided an excellent contrast of sweetness with the flavour of the beets and provided an extra tanginess to cut through the wonderful creaminess of the feta cheese.

As with most things involving beetroot, try to avoid letting the beetroot mix with the other ingredients as much as possible. While that does sound hard, it’s basically just a question of mixing the salad right at the end, as you’re about to serve it. Allowing the ingredients to sit together too long will result in deep red feta, which I’ve always felt does spoil the appearance somewhat.

This makes a perfect light starter or you can bulk it out a bit for a healthy and delicious main course too. Just because it has raspberries doesn’t mean it will be suitable for a dessert though :D!! I hope you give it a try – let me know what you think, and do have a good week! I’ll have another bank holiday this week on Thursday. I don’t think I’ll be waking up early enough to be going to Paris on the spur of the moment again but maybe I’ll have some adventures which I can share with you all! 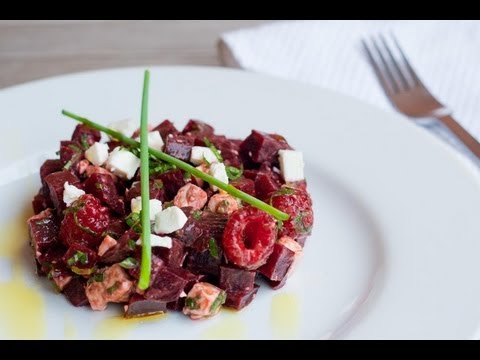 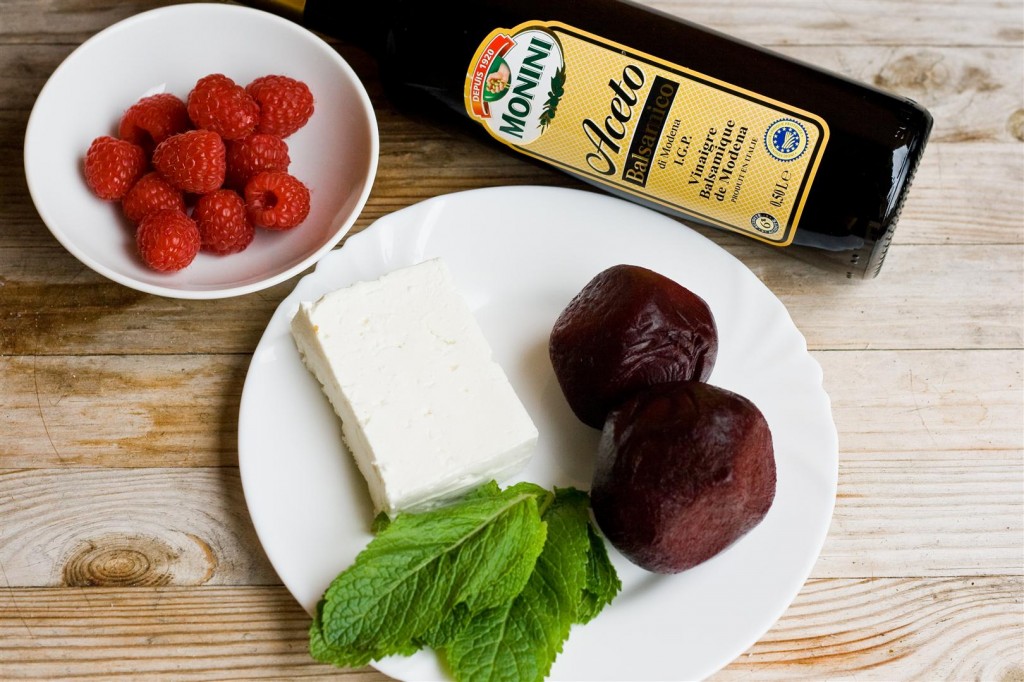