You are here: Home / Recipes / Baking and Snacks / Calissons… Cali-what?

Greetings fellow netizens. I hope you’ve been having a wonderful week. It’s friday today which can only mean one thing – weekend incoming! It’s actually been a while since I posted any photos and we’re planning on cooking up some chicken drumsticks, making up a tub of potato salad and some wonderful garlic bread, chucking it all in the car and going off for a picnic somewhere this Sunday if the weather is good enough. This will be a great photo opportunity if we go to the same place as we did last year. Unfortunately a thunder storm cut short our picnic last time, and the highway was reduced to a treacherous crawl with almost no visibility due to a sudden torrential downpour of rain, but fingers crossed for blazing sun and some cute forest photos this time around!

Saturday, I’m going to be cooking up the conserve which I was planning to make last weekend – don’t worry, this time I’ll remember to buy the vinegar – but aside from that I’m aiming for a quiet weekend; a chance to catch up on household tasks, sleep and generally relax. I don’t know if any of you noticed but I actually “fixed” my site last weekend. I discovered that the layout wasn’t displaying properly on smaller screens, such as tablet browsers, or if you shrunk the browser window. After a bit of trial and error I found a way to fix it so it now (should) display properly.

Down to business for today’s post: I think there’s a high chance a great many people might never have heard of them. I wouldn’t have, had it not been for a trip to the south of France when I was younger. They’re a regional specialty and many of the Calissons that you see sold commercially today are still made down in Aix-en-Provence. Calissons are, effectively, a type of candy, or sweet, depending on how you call them in your part of the world. Fun to make, and even more fun to eat, the primary ingredients are ground almonds and blended, candied fruit, mixed together with sugar and something like orange flower water to form a paste. The paste is rolled onto wafer paper, cut, and topped with royal icing and makes amazing, beautiful gifts for people. It’s a bit more pricey than the recipes I normally post here, but the yield is high and they can easily be split into multiple portions. 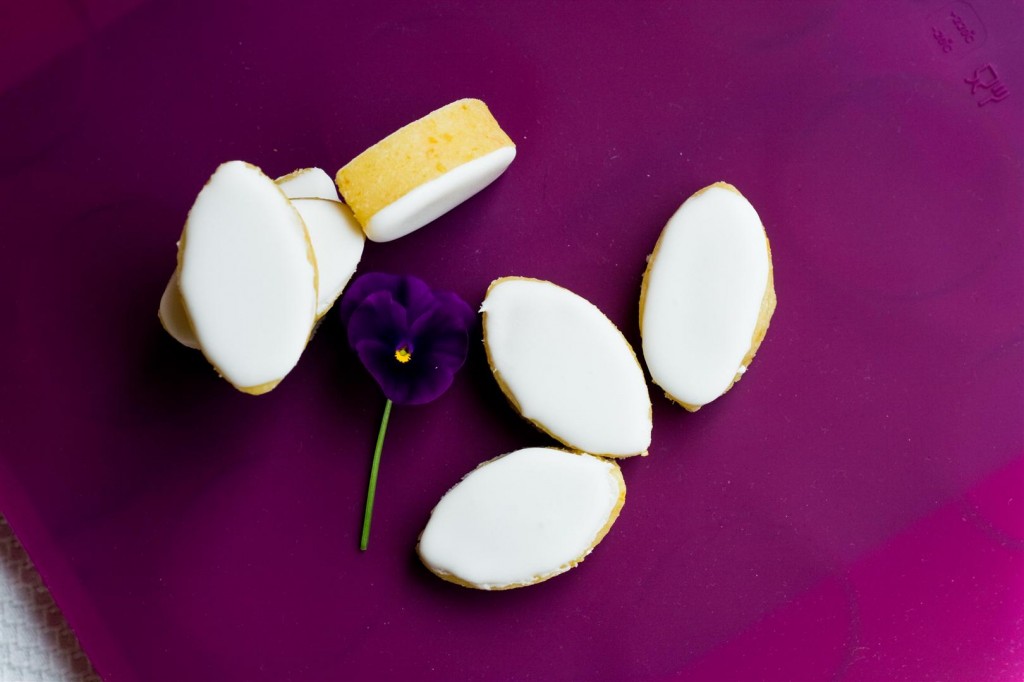 Calissons are believed to date back to roughly the 12th century, which is pretty darn old if you ask me, though at the time it was the Italians who were apparently making these things. Some believe that they were introduced to France in the 15th century for the second wedding of King René of Anjou (unrelated, but damn that guy looks unhappy!). Others believe that they weren’t introduced in their modern form to France until the 16th century. Whenever they arrived on French soil though, they obviously liked them a lot because they’ve been made there ever since and are now considered a very traditional French candy.

There are a great many ways to make calissons – some books now even propose all sorts of interesting new flavours – chocolate, coffee, even savoury calissons involving bell pepper, courgette and so forth. The traditional recipe isn’t the fastest to make, however numerous shortcuts exist. For example, some people make them using fruit jams or jellies instead of candied fruit. Perhaps the biggest time saver though is using a knife to cut them into diamond shapes, instead of using a special almond-shaped cutter (the traditional shape). Using this cutter is a laborious process. You have to position it on the wafer paper, cut around the inside using a knife, then push it through the paste, before removing the cutter, carefully pushing out the calisson and repeating the process, remembering to wash the cutter every 4 or 5 calissons, else the cutter will become too covered in paste residue to be usable!

This won’t be my last visit to calissons – I had a lot of fun with them and I still have plenty of wafer paper left. I plan on experimenting with different flavour combinations and fruits to really find something delicious and unique, and I hope I can inspire you to do the same! Enjoy the recipe today everyone and have a fantastic weekend! 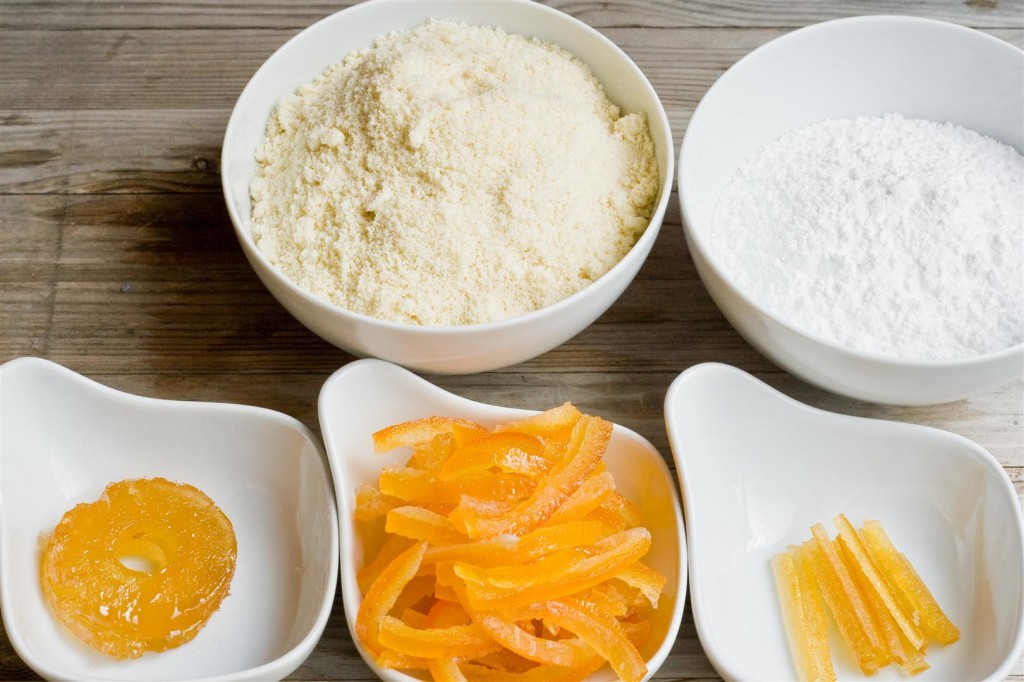