I’m not actually sure exactly how focaccia is prepared, although from the Wikipedia article it would appear that I wasn’t actually that far off. As a result, I could probably just call this focaccia, but “fakeaccia” sounds more fun! This was originally born out of a dismal failure that I made in the kitchen. I like to make a load of bread dough in bulk – usually about 3kg – divide it into ~9 pieces and then freeze them individually, ready for use. The thing you have to bear in mind with freezing dough is that some yeast does die as a result of the freezing process, and as a result you need to add a bit more to compensate for this. On this one particular occasion I added what I thought was the same amount as I usually add, but the final baked bread was very yeasty and the texture wasn’t that special.

I really didn’t want to waste my work and it just so happened that I had made some caramelised onions just a few days before which were sitting there. I liberally applied olive oil to the base of my trusty oven tray, squished out the dough, dotted it with onions, drizzled on some more olive oil and herbs and let it rise for a bit before slinging it in the oven and hoping for the best. 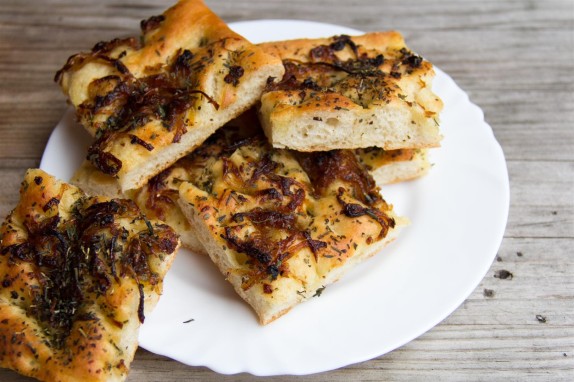 The results were better than I could have ever imagined and yeah, I know – it is basically just a focaccia, but it’s really damn good. I purposely didn’t quite finish the onions in my last post as much as I normally do. This way they come out from the oven still sticky and sweet, and not charcoal. I also like to drizzle on my chilli oil which I posted some time ago as it gives a lovely little kick.

I’ve posted bread recipes many times here before so I won’t be posting another one again. Suffice to say, you can pretty much use any bread dough, and you’ll need about 300-350g of the stuff. White bread is best in my opinion, and if you’re after a recipe, I’d recommend this one or this one. Enjoy the bread folks – I’ll be back in a few days with something else and maybe some photos too (that entirely depends on whether I remember to take my camera to the place I’m going to in a few days!). 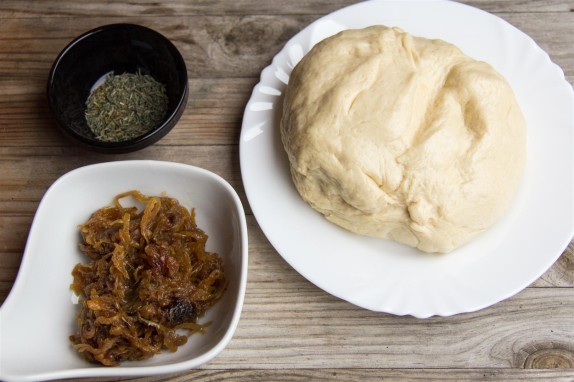