Hi everyone, I’ll be making a really cheap asparagus soup today but before I get to that I thought I’d give you all a brief update of what’s going on here.

Well, let’s see now – not a huge deal to be honest. Things are ticking along much as they always do. The days are getting shorter and shorter and “darkness” is but a distant memory right now. It never gets dark at the moment. It will get a little more “dusky” between 11pm and 1am, but still not very dark. I couldn’t sleep the other night and went down to get a sandwich at 3am. I was met with the sun streaming in through the window, fairly high in the sky.

On the 22nd of June it will be the longest day – the sun will “set” at 11.30pm, and come right back up again at 1.46am, giving us a day-length of 21 hours, 44 minutes. I’d like to say that I have no problem sleeping, but it’s not easy. Time to invest in some light-killing curtains and turn my bedroom into a black-hole every night I think!

Since the soup I made for today’s recipe isn’t very pretty, I thought I’d show you all a passion flower as well, from a plant I recently gave to my mother-in-law. The flowers only last for a day, but the little plant I bought has already had three gorgeous flowers! 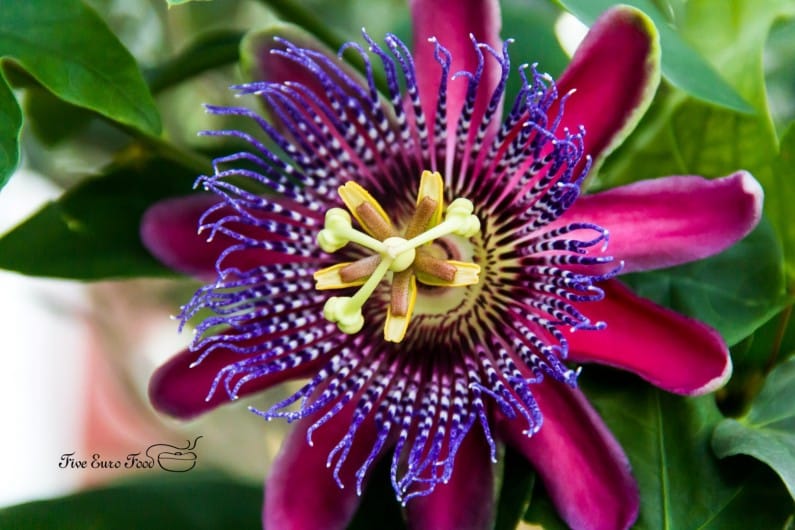 On to the soup though; we’ve been eating a fair bit of asparagus recently since it’s been available for a very low price. I always feel bad about the woody ends which I snap off though since they too have plenty of flavour in. They’re just cast aside because the texture leaves a bit to be desired. What better thing to do than turn them into a soup? If you have a fair bit of asparagus then save those stems – you can chuck them into a soup like this and get an asparagus soup for next to nothing!

Cheap Asparagus Soup is made from the stems of asparagus which normally get discarded, meaning it can be made for next to nothing!

By the time it's boiled up, most of the asparagus is quite tender, but if you are sensitive to texture then consider pressing the soup through something like a conical sieve to ensure all fibrous pieces are removed. The soup has a mild flavour which goes very well with something fresh tasting - lemon juice, sour cream or crème fraîche all work well.