You are here: Home / Recipes / Baking and Snacks / Cheese and Vegemite Scones

Phew, I’ve been so busy the last few days! I’ve been meaning to write this for so long but things have always run away from me. So what I have been up to you may wonder? Well, the bulk of my time has been spent on my freelance web work (shameless plug – if you happen to know anyone looking for some assistance, feel free to give them my details!). Naturally I’ve been cooking, baking and eating, like these cheese and vegemite scones, although I’ll get to those in just a moment, and in amongst all that there’s the school-work and the diapers and the trips into town and the trips back again. What I need is an extra 8 hours in the day. Who do I have to write to in order to start such a campaign to make the days longer do you think?

In other news my sister got married on Monday – congratulations sis! Sadly I was unable to attend the wedding. Half-way across the world, it would have meant a sizeable chunk of time out of my studies and I have an important exam coming up soon, not to mention the financial expense of getting there so it’s a great shame we couldn’t go, but from what my mother tells me it was a lovely ceremony so I hope I’ll be able to see some photos soon.

Moving on to food…, let me start off by showing you a photo (sorry, it’s a cellphone snap). 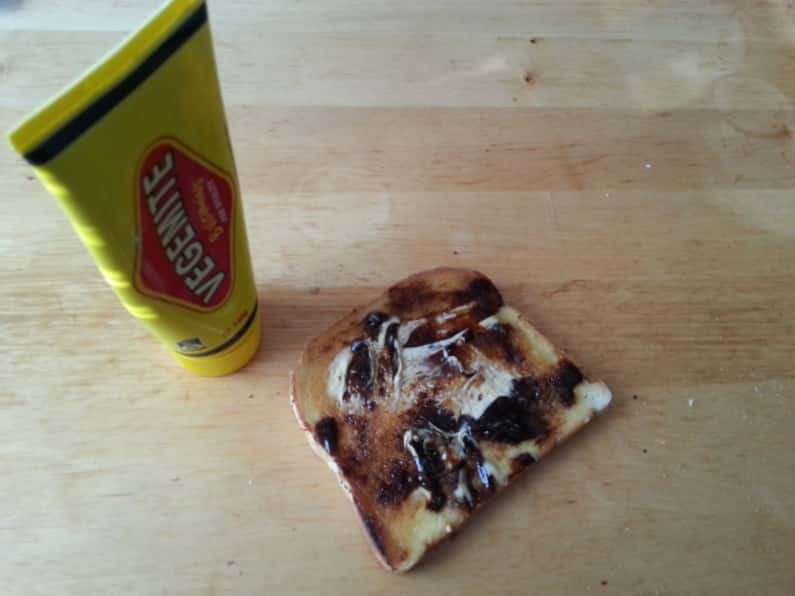 No… I mean really, look at it.

It’s a thing of beauty; it’s a thing of such outstanding deliciousness; it’s – the best possible breakfast, ever. It is, of course, a piece of toast with butter and vegemite. Australians will know this fantastic stuff. Brits will probably know the slightly different version called Marmite. To some people, this is their idea of breakfast hell. Can you believe that some people detest this stuff? Personally I love it – I crave it, and I was all out of Marmite with no chance of getting more up here in Sweden.

There was one kind soul who heard my cry for help in the darkness. Charlie, from Hotly Spiced – you rock, seriously! This lovely person sent me over three tubes of Vegemite heaven and I’ve been enjoying them ever since.

I figured it would be nice to bake something with a bit of Vegemite in (but not too much! I have to conserve it for my morning toast) so I decided to make some cheese and vegemite scones (or biscuits as some people call them). Would you believe it – I was checking out my feed reader last night to catch up on some blogs I follow and I happened across this recipe by Shashi from RunninSriLankan. I can go months without seeing anyone using Marmite or Vegemite in a recipe and then suddenly someone posts a scone recipe just days before mine. What are the chances? 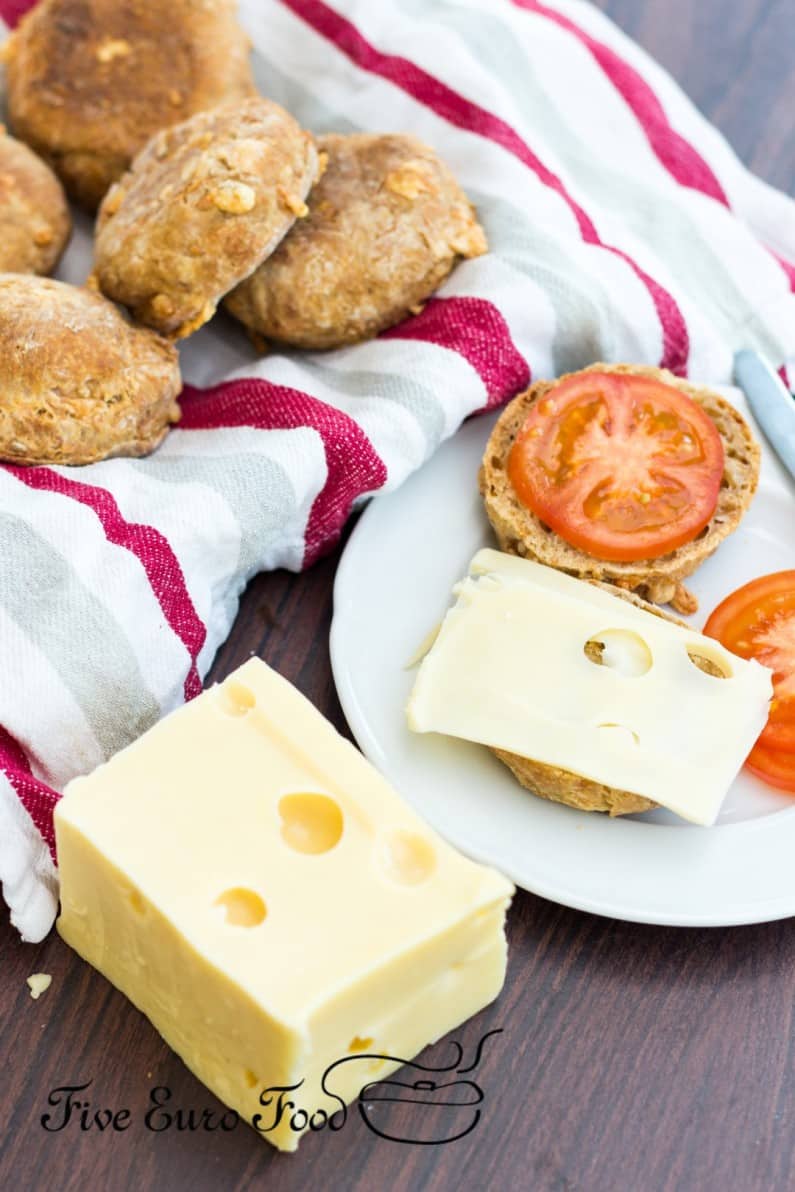 If you’re a Marmite and Vegemite hater then perhaps these won’t be for you – although you’ll probably find them ok. The flavour doesn’t come across strongly at all and really gives a great salty, malty flavour to the scones. Hope you like ’em!

Cheese and Vegemite or Marmite combine in these scones to give a delicious salty, malty flavour which accompanies any soup perfectly, but also works well on its own as a snack.
Print Recipe Pin Recipe
Servings 8