You are here: Home / Recipes / Baking and Snacks / Cherry Nougat and a weekend of disasters

Well, from a culinary point of view – boy am I glad this weekend is over. I’m sure you’ve all had times like this before – nothing goes right, no matter what you do, no matter how attentively you follow instructions, it all ends in failure! 🙁 Let me go back to Friday night… or was it Thursday night? It’s all kind of blended into one big mess of badness.

First of all, the top hinge on the wooden panel covering the fridge door broke – not enough to cause the door to be falling off but still enough to make it drop down at an angle when opened and then to close it you have to lift the whole thing up and wedge it into place. Saturday I decided to make mussels and fries. Sounds good? Well, it would have been had 70% of the mussels not decided to stay closed after cooking and then the fries I was making, with such love and care, ended up brown – speckled with patches of caramelisation, limp and soggy. This was despite the fact that I had oh so carefully pre-boiled them and then fried them up once at 140 degrees and then again at 160 degrees.

Sunday, I began preparations for one of the Swedish dishes I was planning on making. I won’t say too much as I do fully intend on making it again so I’ll actually be able to post about it but suffice to say this attempt was a complete and utter failure… to the extent that it wasn’t actually edible any longer. Effectively, every single thing I made this weekend was unsuccessful, including the subject of today’s post. However – it’s tasty, it’s edible, it’s just a bit harder than I’d originally hoped for, but alas that is what happens when you allow the sugar to boil to too hot a temperature (I should note that the first time I tried to make this it ended up being too soft, didn’t set and so I baked it… and then forgot about it. Another disaster, sigh!) 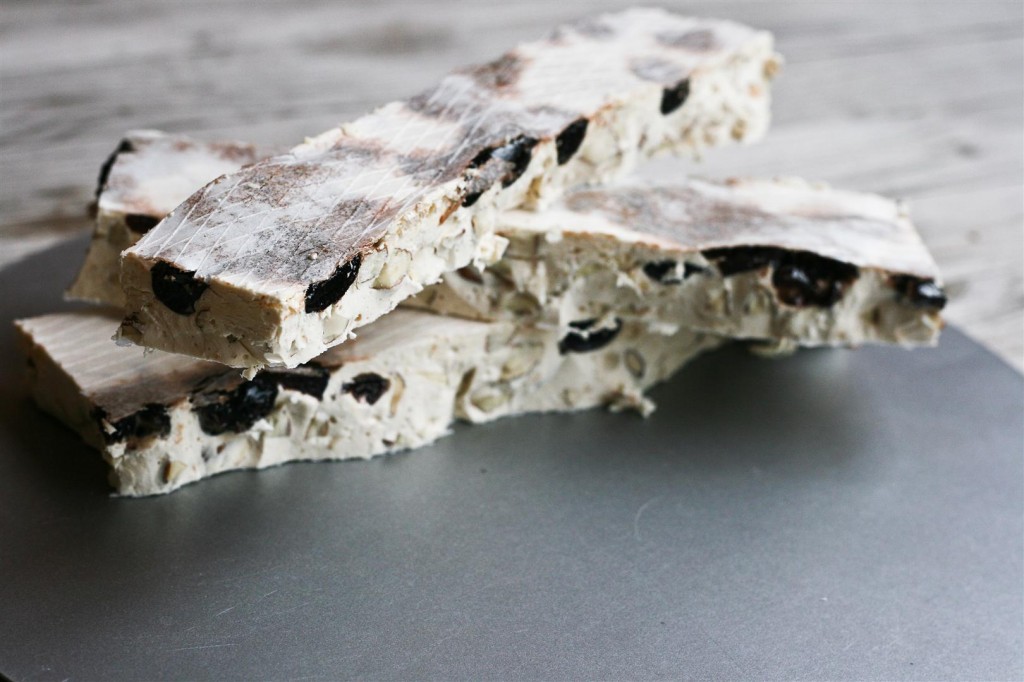 As I mentioned – it was actually delicious, just a bit hard. I’ve adjusted for this in the recipe below and so following this should enable you to get some really soft, chewy nougat. The fruit is obviously optional, although there’s some wonderful nougat sold in a nearby patisserie which has cherry in like this and I really recommend it. This time I’ve used glucose syrup, though a common ingredient in place of glucose is honey – something I’ll be trying next time.

For now, if it’s alright with you all I’m going to finish this post, aside from the recipe below, move on from the failures and look towards future successes! Have a great day everyone 🙂 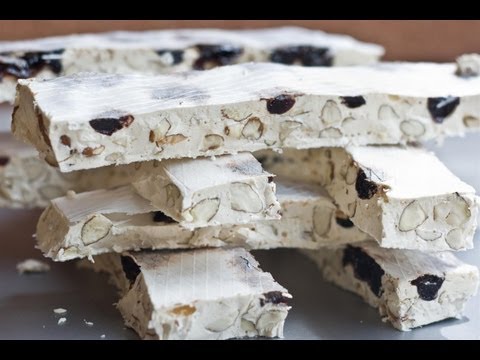 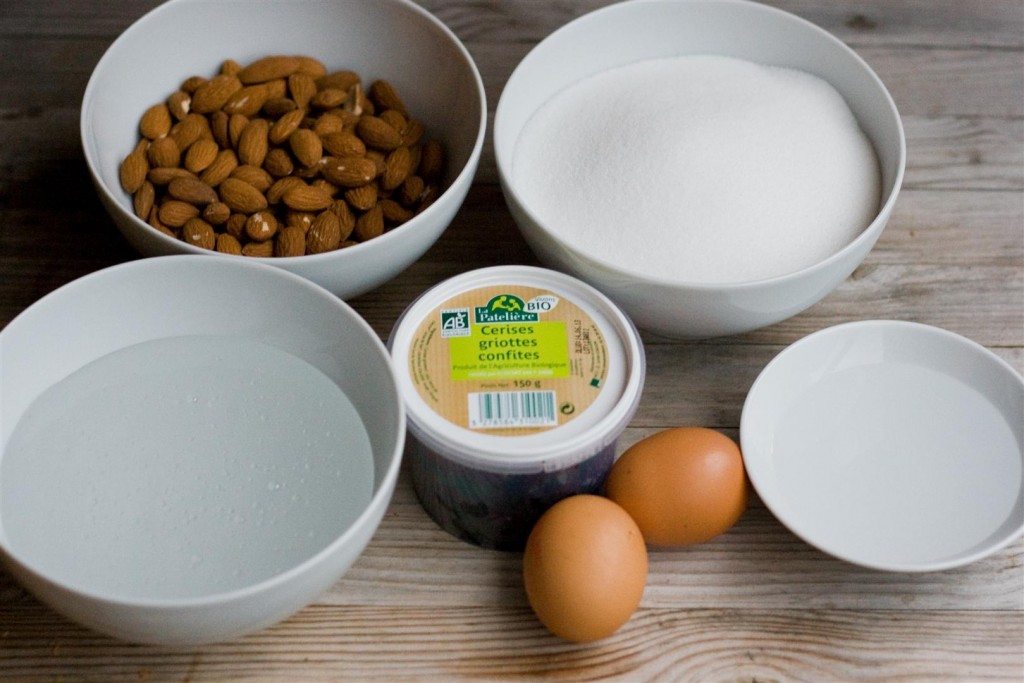