Greetings folks! My little two year anniversary post  will be coming up on the 2nd of November, a day late alas, but you get to see then whose list of ingredients was picked. I can’t wait for that post. I think it’s a lot of fun, getting a list of random ingredients from people and figuring something out myself with it. I think it can also make for a very frugal style of home cooking – grabbing random things from the cupboards and each time trying to come up with something exciting and different, instead of buying specific ingredients for every meal.

Before I move on, in case you didn’t so far, and if you want to (it’s gonna be fun!), do sign up for the Secret Santa gift exchange! Full details can be found on the dedicated page I’ve set up here.

We’ve recently had my wife’s parents visiting which was lovely. It’s always wonderful to spend time with family – this time they had the added bonus of being able to say hello to our new little family member, and my wife and I got a chance to go out for dinner (oh my God, a whole dinner of hot food without any interruption? Any parents can no doubt relate to just how special that was!) while the grandparents babysat at home. We had a wonderful, quiet meal; we sat by the lake and drank a cup of coffee; we talked, and then we came back home to little William sleeping soundly in his grandmother’s arms. 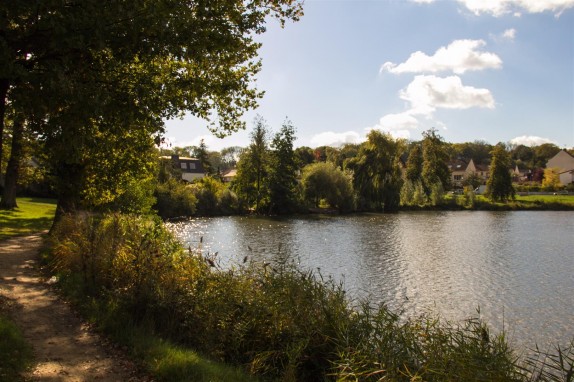 I had hoped to make this dish when my parents-in-law were here but sadly didn’t get a chance. Well, at least it means there’s all the more for me! It’s the perfect autumnal dish. The chestnuts were given to me by my neighbour who went out gathering them in a nearby forest which brings down the cost a lot. If you don’t have chestnut trees nearby then you can of course buy them. I’m normally not a huge fan of them myself but in this dish they really work well. The recipe was originally from an old vegetarian cookbook of my mother’s which is no longer in print. I’ve personally never seen a dish like it before and wasn’t really quite sure about the meaning of the word “Ury”, but apparently it’s a town in France so I can only assume it’s named after that. 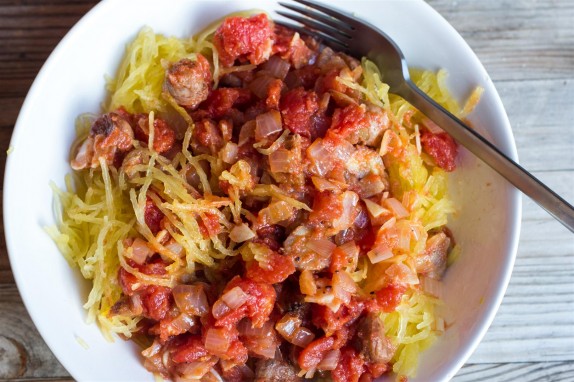 Originally it was served with spaghetti, but for the first time ever I actually found a spaghetti squash in the store here (yay!) so I’m using that today. I hope you like it – let me know if you give it a try! Have a good week and see you back in a few days :). 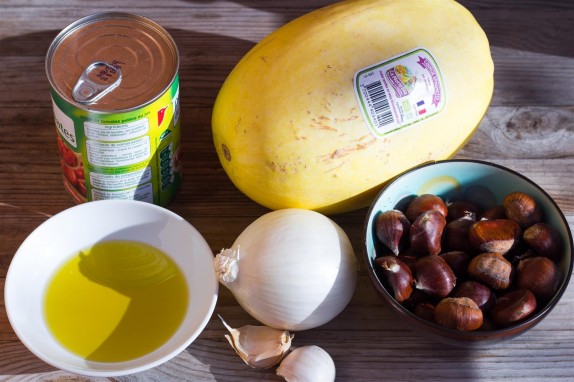