[dropcap style=”font-size: 60px; color: #0B0B61;”]Howdy folks – I hope this Saturday sees you well. Quite a few of the major roads are currently closed in my town as they found an old Second World War bomb buried several metres under the highway. While they dig that thing up and do… whatever it is they normally do with it (I think they said they were going to cover it with tons of sand and blow it up!) I thought I may as well use the opportunity to write this post. They should, apparently, be done with that by early this afternoon which is handy for me because I discovered a rather nice looking coffee shop via a post on the blog “Let Her Bake Cake” so I think we’re going to try and go there afterwards – I’ll be sure to try and take some photos! Other plans for the weekend involve making an English Christmas Cake, though just a small one. They can be quite mighty, and although they seem to last until the end of time because of all the booze poured into them, they’re not my favourite cake in the world – I much prefer the French “Bûche de Noël”. While the bakery near me flogs the most vile of Chocolate Logs, where the icing tastes of rancid margarine and the entire thing seems to be like a giant Twinkie – artificial tasting and full of colouring. If you can get a well made one though – well, you won’t regret it. I made my own last year which didn’t turn out too bad at all, indeed I will even try to do the same this year too!

For today’s recipe – well, I don’t know if I can call it a recipe, but maybe it will inspire you in your meal-making escapades. I recently discovered the joy of Dashi – the stock at the base of udon/soba soups, miso soup and what have you, and I’d been wanting to do another soup, but this time with Soba noodles (I’d found some rather nice green tea soba noodles!). However, I’d also seen Sissi’s hint for mixing chicken with tofu… specifically Silken Tofu here. My freezer was getting dangerously full, as well as severely in need of being defrosted so it’s time to start emptying it out! I had some chicken in a small bag there, and during a trip to the Japanese supermarket in Paris recently I found Silken Tofu for the first time – what a curious type of tofu it is, but anyway: meat like chicken with a low fat content can often get dry when cooking, so by mixing it up with the tofu, which has a high water content, you end up with a much more tender final result.

I got the ratios a bit wrong. Way too much tofu and I was very scared it was going to be a complete disaster, but once it was fried up it got a good, crispy shell on the outside. The inside was a little like a chicken omelette, which wasn’t at all unpleasant, but absolutely if I made this again I would increase the amount of chicken used, and likewise, decrease the amount of tofu! Have a great weekend everyone! 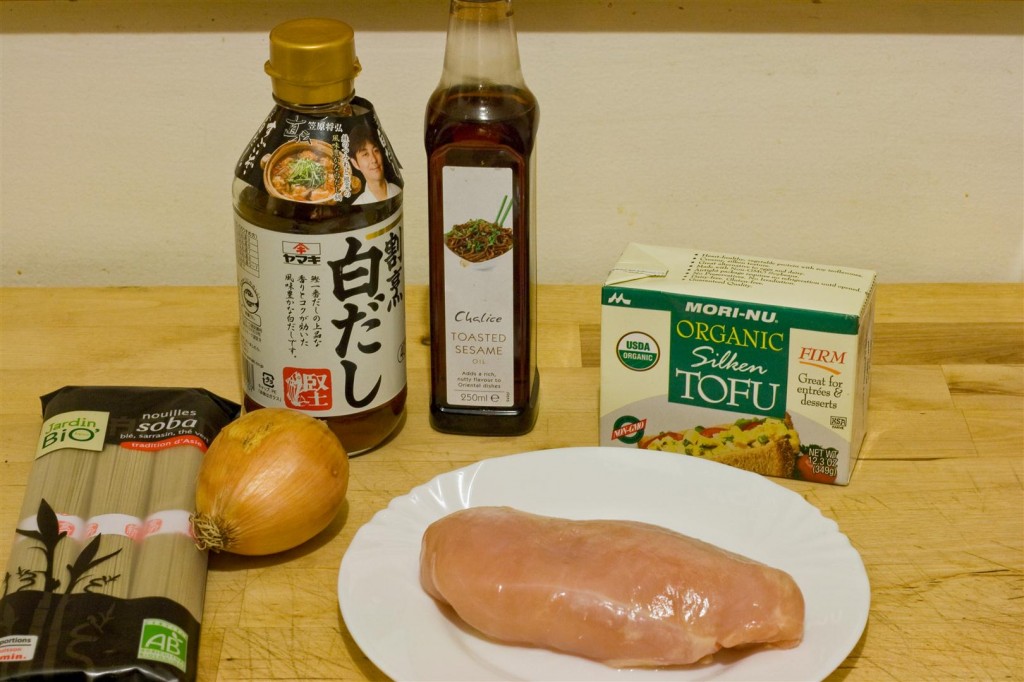