You are here: Home / Recipes / Baking and Snacks / Churros and Turtles

Are you sufficiently confused by the title? You’ll find no turtles in this post, that is more a reference to my current state of being. Severe back pain has currently forced me out of the kitchen onto my bed, where the only comfortable thing I can do without crying out in pain is to lie on my back, kind of like an over-turned turtle (at least that’s what my wife says I look like!). It’s been ongoing for three weeks now but suddenly got a heck of a lot worse on Thursday night, so by Friday morning, a trip to the doctor was in order. Fast-forward to today and here I lie. I can at least walk in a straight line now without collapsing onto the floor (yeah, I almost did that… luckily the cat tree was in the way for me to grapple onto) but it still hurts like hell to be in an upright position for more than a few minutes. Hopefully that too will pass and I’ll be up and about in no time.

Moral of the story? Look after your backs people! I’m sure this all stems from when I used to work in a bar in England. My bar had borrowed a keg of beer from a neighbouring pub as we had run out of this particular brew and when we received our next delivery, we dutifully gave the other place a new keg. I say “we”… I meant “I”. I was responsible for lugging this heavy, metal barrel back, filled to the brim with lager. I rolled it out of our bar and down the road and all was going well. Then something happened. I was young, irresponsible; I saw a group of girls out for a night on the town. Somehow my idiotic man-child mind decided it was a good idea to pick up this keg – macho posturing at its finest. Well, I felt a twinge, I let out a little squeal, and soldiered on. I still feel twinges of pain to this day in that spot, and that’s exactly where the pain is now. Dear oh dear. Oh, and in case you’re wondering – no… the group of girls didn’t pay me the slightest bit of attention, nor were they even a little impressed by my keg bravado!

Ok, so that’s the turtles out of the way. Now for the churros. Luckily I cooked these up last Monday, well before my back started going nuts on me! 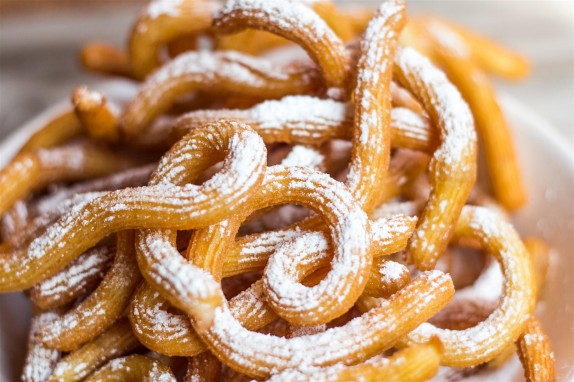 I’ve been wanting to make churros for absolutely ages but it’s one of these things that I’ve just never got around to. Inspired by the delicious post I saw by A_Boleyn I determined that I would make some as a pre-dinner snack for my wedding anniversary, on the 30th of July. As I’m new to the whole churros scene I decided to go for a simple recipe. I worked from this recipe at Taste.com.au which was, conveniently, in metric, and it worked very well. As I was making it I noticed that the dough preparation and ingredients are actually a lot like those for choux pastry which I never realised! A_Boleyn kindly recommended another recipe which had orange zest and juice in which sounded delicious. I’m going to try that next time – this time, the “regular” version was what I needed to break into this delicious snack which I’ve oft eaten but never prepared.

Sadly I didn’t have a nozzle wide enough for “traditional” churros with my piping kit. I did want the ridged shape though so opted to use the biggest one I had. Of course, the overall taste was unaffected. They were crispy on the outside, soft on the inside, golden and delicious, as they should be, but a little thin. For the next time, I will try and find a correctly sized nozzle for a more broad finished product. I served them up dusted with sugar and with my strawberry jam as a dip, instead of chocolate and it was a wonderful snack which I highly recommend! Before you say it – I know they should ideally be straight too. When you’re piping out thin lines of dough though, they have a tendency to get a bit curly! 🙂 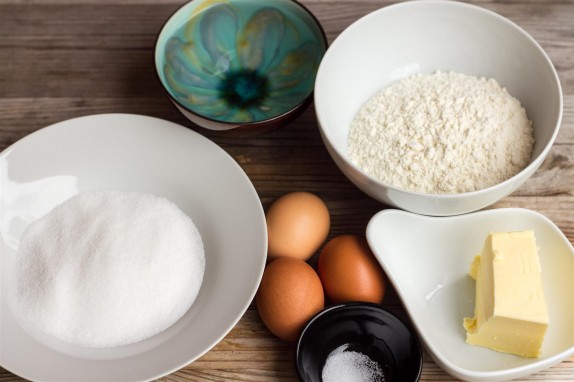