Hi everyone, today I’ll be whipping up some crispy aromatic duck – one of the easiest, and certainly tastiest dishes I know. This is one of the things that I miss so much. Chinese restaurants in France usually don’t serve duck in this style (although one sees it very occasionally). They will often serve something they call “crispy” duck, but sadly it consists of ever so slightly crispy skin, a layer of not at all crispy fat, and then a large chunk of moist meat. It’s not that it’s bad, but you know how it is; when you have an urge… a desire in your mind, and you go somewhere all pumped up at the thought of getting this thing you’ve been hankering after all week – and then you get something completely different instead. Well, it’s a disappointment.

Crispy aromatic duck is apparently a British invention – something inspired by “Peking Duck“, a dish prepared in China, apparently since the imperial era. The takeaways of England have come up with this version which consists of steaming and then deep-frying the duck. Perhaps not as classy as the original but damn it’s good.

I don’t bother steaming the duck – indeed, I’ve never made this with a whole duck, only legs. Perhaps steaming first is a good idea if you’re using a complete bird, but for legs, roasting works perfectly and it couldn’t be easier. It’s really just rubbing some salt and five spice on the meat, roasting slowly until crispy, whacking up the heat until it’s even crispier still, and then shredding it up. Slice up some spring onions and some cucumber, break open a jar of plum sauce and a pack of store-bought Chinese-style pancakes and you’ve got a fantastic meal ready which will be loved by pretty much everyone. 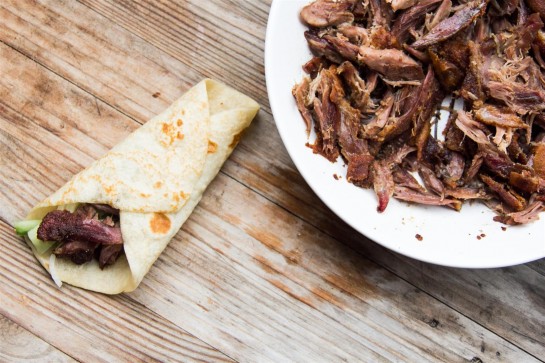 I had neither plum sauce nor plums, so I whipped up a quick peach sauce to go with it, and I even made some pancakes myself (which turned out surprisingly well so I will re-do them one day and make a post about them).

I hope you get a chance to give this a try. If you’re not familiar with crispy duck then you’ve got a treat waiting for you, that’s for sure! On a side note, I hope that anyone who’s been following along has enjoyed my posts about optimising WordPress, or found them useful at least. The bulk of my posts on that subject have now finished but I’ll be finishing up with a post on general security and best practices, and then rounding up my advice and writing a summary and acknowledgements in my next couple of posts so stay tuned for those. Until then – have a great day everyone! 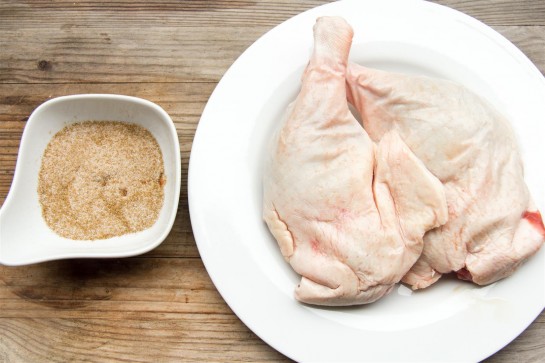