You’d think that for something as ubiquitous as a croque monsieur in France you wouldn’t be hard-pressed to find a good one, right? Well, you’d be wrong – at least in my experience. After eight years in France I can now say that I have had only one good croque monsieur. Up until a couple of weeks ago I don’t think I’d ever had a good one at all. Sadly, the vast majority of cafés and brasseries here serve up vile-looking masses of chewy sandwich, which look like they were made at best early that morning, and at worst the day before. If you’re lucky your sandwich will be reheated under a grill, while if you’re unlucky it will be shoved in the microwave and nuked for thirty seconds. The cheese is often cold and has solidified to one giant coagulated sheet, the béchamel is either non-existent or has been completely absorbed into the bread, which in turn is soggy, and the ham inside is of such a horrifically poor quality that I’d feel bad feeding it to my cat. 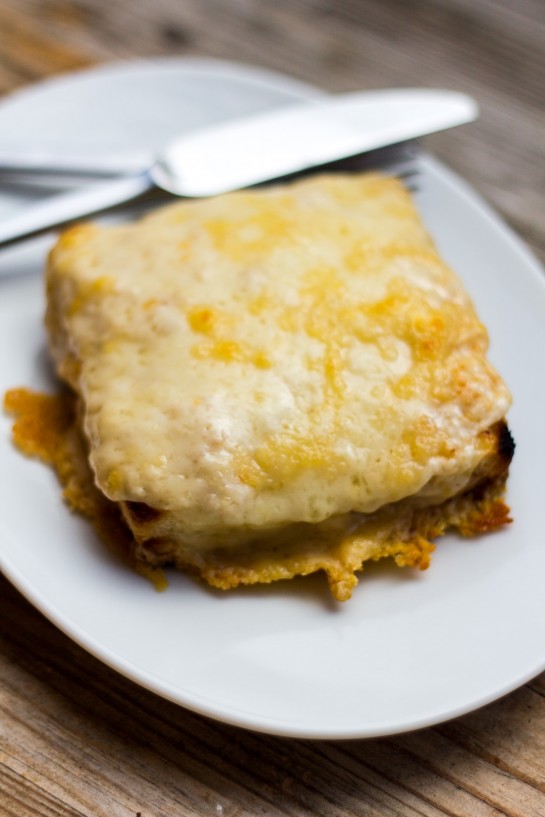 Another thing that bugs the heck out of me with sandwiches like these is that as soon as you bite into it then the ham doesn’t “separate” with your bite. Oh no, instead the entire slice gets pulled out and if you’re very unlucky, it flops down and slaps you in the chin. That’s right – a boiling hot piece of ham, covered in lava-cheese – smacking you in the chin. It ain’t fun. For sure, the situation is oft-avoided if you use a knife and fork, but sometimes you don’t want to be that polite, right?

Any food item, hot or cold, which has the potential of flailing around and showering the eater with vinaigrette, cheese, first-degree burns… should always be cut up in my humble opinion (and that includes giant lettuce leaves in salads!). 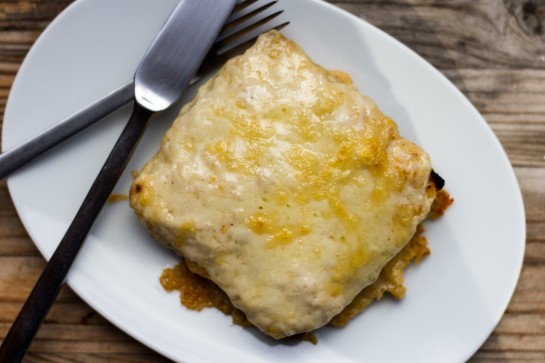 In other news, I’m leaving my apartment today… it’s bare and rather miserable-looking, and as I write this there is not a single piece of furniture anywhere. I’ll tell you, sitting on a hard floor with a computer is not nice so I’ll say farewell for now. I’ll be back once my journey to Sweden is over with some photos and stories, but in the meantime: Farewell France. I shall miss you and your croque messieurs! 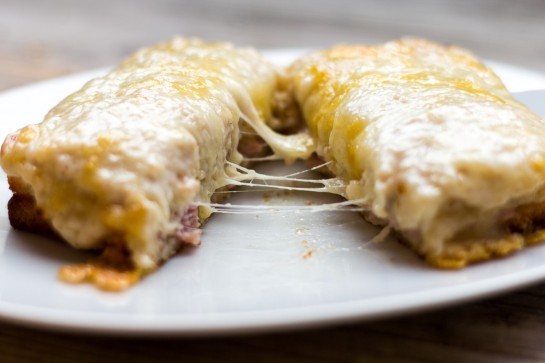 For the sandwich4 slices of White sandwich bread, crusts removed
For the béchamel25g Butter