[dropcap style=”font-size: 60px; color: #0B0B61;”]I’ve been wanting to post this for a long time, but I always keep forgetting to do it, so today’s the day! Before we get to the “recipe” though I thought I’d post a few photos today because, let’s face it – this is hardly the most thrilling recipe in the world, even if it is interesting, at least for me!

Anyway – let’s go on a little virtual visit to Wales today. A little – nay, tiny place called Llanthony. There are few houses here. Cellphone coverage is patchy, and I don’t want to even think about what their internet connection is like (or not, as the case may be! – 56kbps anyone?). The area is beautiful – Llanthony is nestling in the middle of a long, deep valley, originally caused by a glacier many millennia ago, right in the middle of the Black Mountains and is perhaps most famous for its priory:

Llanthony Priory is a partly ruined former Augustinian priory in the secluded Vale of Ewyas, a steep sided once glaciated valley within the Black Mountains area of the Brecon Beacons National Park in Monmouthshire, south east Wales. It lies seven miles north of Abergavenny on an old road to Hay on Wye at Llanthony.

There is a hotel next to the Priory, as well as an old Inn down the road – I haven’t stayed in these before but I can imagine that it would make for a wonderful night. There’s also a restaurant and bar, and you can get a drink and wander around the grounds sipping your tipple of choice. It’s quite a surreal experience and sure beats sitting in some crowded bar somewhere. Despite the fact that there aren’t many houses nearby, there are, nevertheless, plenty of tourists, especially during peak summer months. There are a number of campsites nearby and my family have visited these a few times when I was a child. Waking up hearing nothing but sheep – climbing out of the tent and seeing hills rising up all around you – rooks cawing and maybe some mist rolling down from the hills – I can only describe it as magical.

The photo above doesn’t really do justice to the valley itself, though perhaps the next photo will. The white building in the bottom left is the inn I was talking about earlier – you can stay here, and if you do, they’ll probably serve something like Sticky Toffee pudding – I strongly urge you to try some of this! I had the most amazing piece in a nearby pub when I visited. 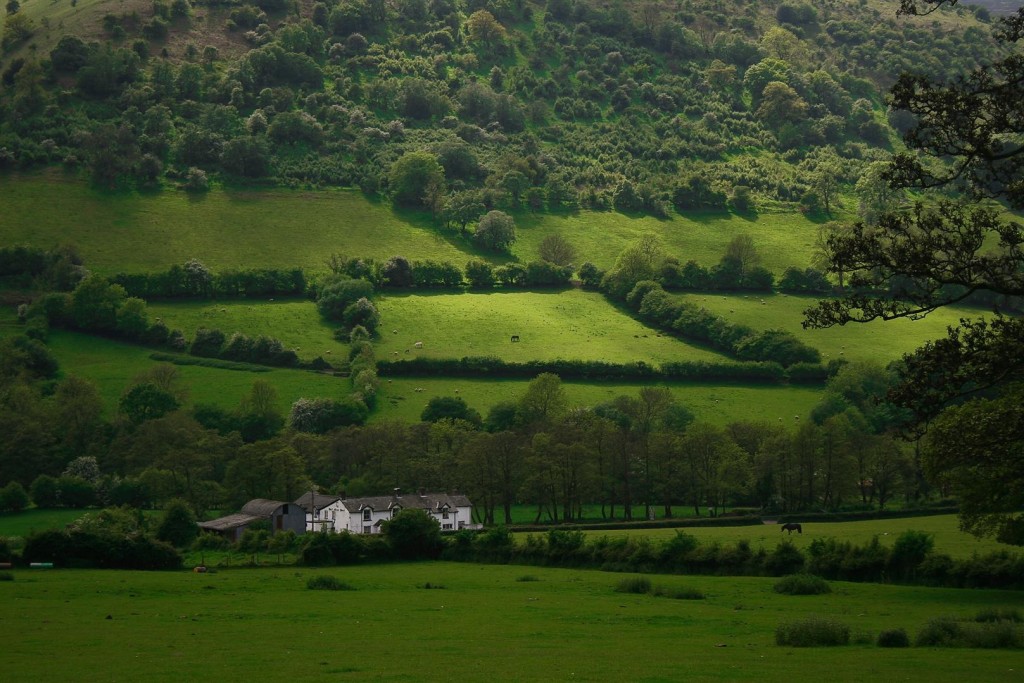 Half-way up one of the mountains, there’s an abandoned house. It’s in a very dilapidated condition, but it was actually built, but never finished, for Walter Savage Landor – an English writer and poet. The view from his house would have been fantastic and very enviable, if it had been finished – I can only assume he hoped to gain inspiration from looking out at the beautiful valley. 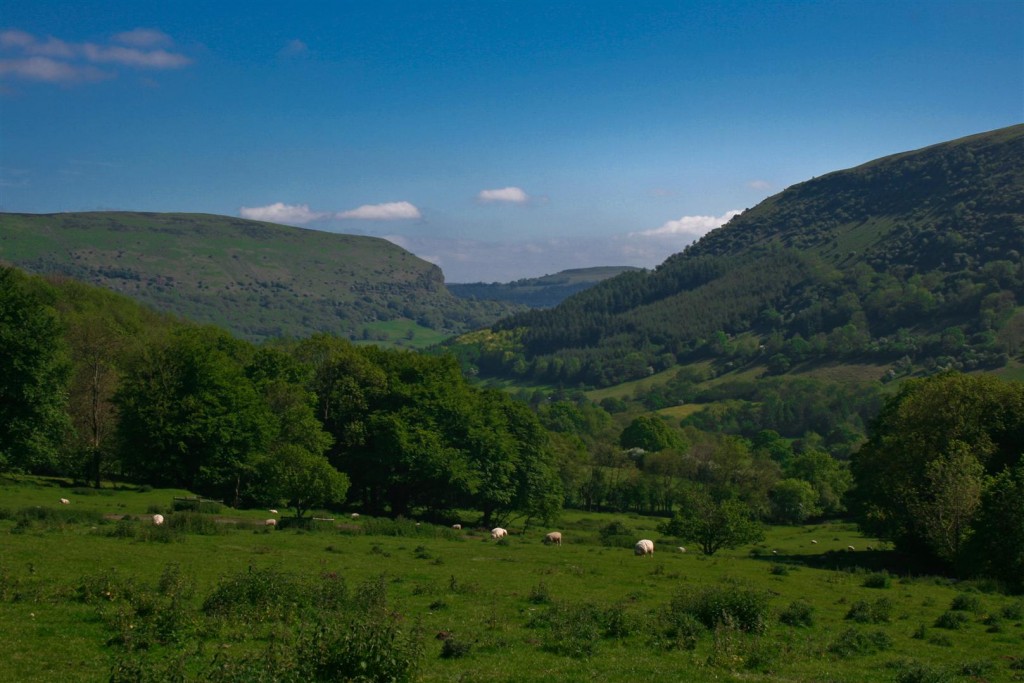 Heading down the hill again we return to the Priory (I definitely needed a drink after all this walking around in the sun!). It’s always amazing how peaceful places like this are. It’s so easy to become adjusted to ambient noise in our lives – the constant background noise of cars, talking, keyboards clicking, phones ringing – to be in a place where the only noise are birds, insects, sheep and the occasional small brook or stream can be almost quite shocking sometimes. 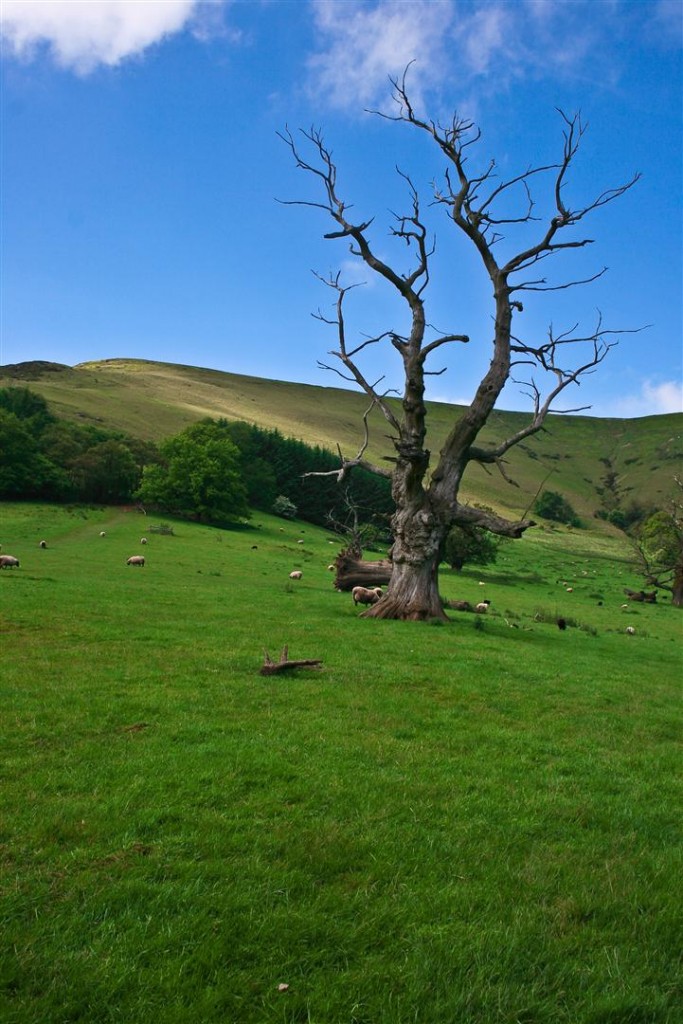 Here we are inside the Priory itself – as you can see, there’s not much left these days, but it’s nevertheless a very atmospheric place. My father seems to find this particular photo hilarious – he says it looks like the tower is tilting over at a 30 degree angle and is about to fall down – I can assure you, it’s perfectly straight and actually just lens distortion! 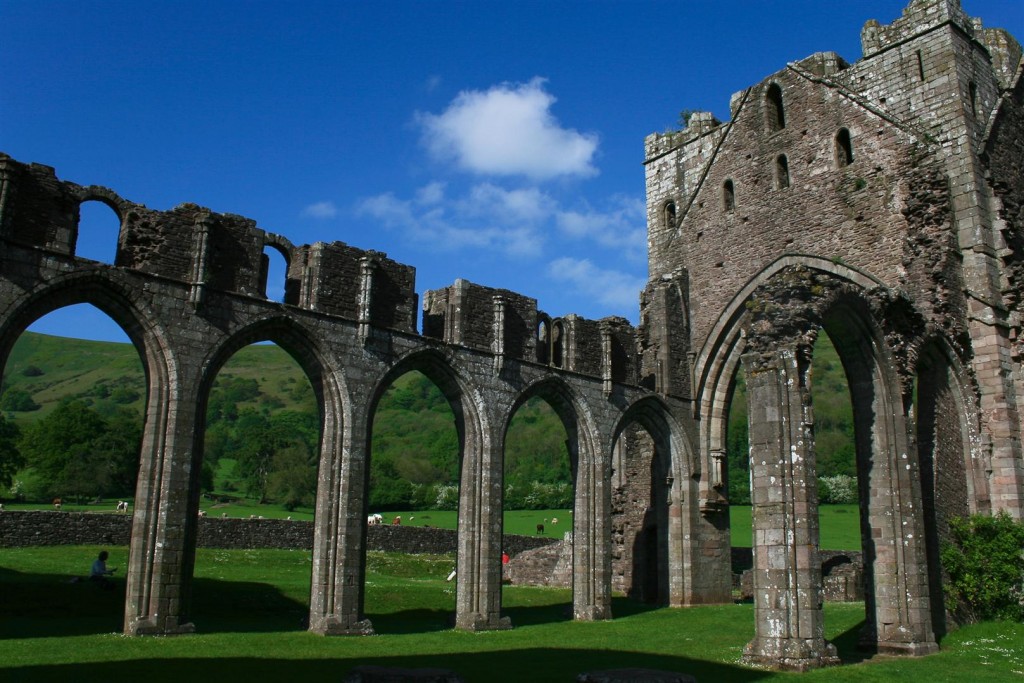 I’m not saying you do, but in case you wanted to download these photos for whatever reason, you can grab the full size JPEGs on my downloads page. This trip was actually from the late spring of spring 2009 I believe, but believe me – the place is pretty timeless. Not much changes, so I’d strongly recommend a trip if you ever find yourself in the area!

Anyway for today’s “recipe”. It’s barely that, but it’s a whole lot of fun so I wanted to share it with you. For anyone who likes eggs, this is a really nice way of preparing them. Basically, all you need to do it bake it in the oven, long and slow for 5 hours. The texture, flavour, and colour at the end is absolutely delicious. A rich caramel-brown in colour, a dark, malty, nutty taste, and a texture which is much different to regular boiled eggs. I hesitate to use the word “rubbery” because that implies it’s tough, chewy and generally not good. It’s certainly slightly chewier than regular boiled eggs, but not unpleasantly so – just… “different”, you know?

Anyway – chuck an egg in the oven today and give this a try. Enjoy the rest of the post and I’ll be back on Tuesday for one more “easy” recipe, just to get it out of the way, before I start up with my super cool and awesome “yay” posts on Friday! 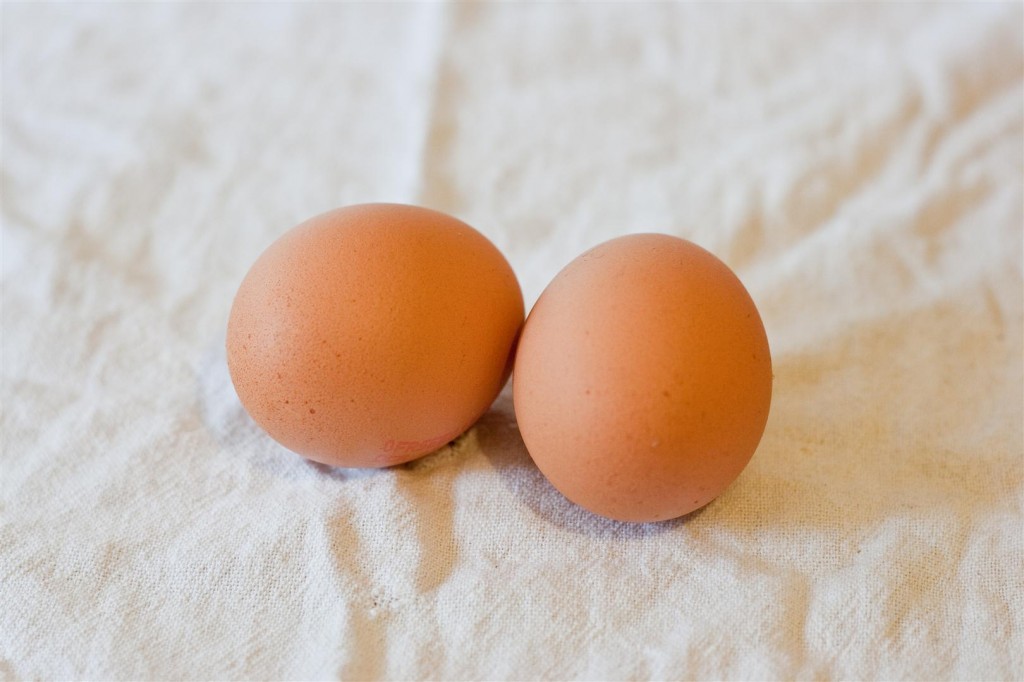