Summer has been in full swing here – finally – and yet I can’t seem to stop baking! It’s tortuously hot here: ok, perhaps not as hot as some parts of the world… I’m guessing folks in some parts of the US or the middle-East are having a fairly miserable time as well but I’m truly not a hot-weather person. Some people thrive on it… they want to spend their breaks at work sitting out in the sun. I on the other hand walk in the shade and generally lose all energy. My favourite time of the day is when I can come home and stand under a cold shower – and feel actually “chilly” for the first time all day – before sitting down on the balcony, enjoying the quiet and slightly cooler evening air.

Despite the temperatures though I just can’t seem to stop baking. I’m making bread several times a week, I’m making more cookies than I’ve ever made in my life, and then cakes, like these. In fact I think I’m solely responsible for the temperature in the apartment being a constant couple of degrees higher than it needs to be. The heat can’t even be abated by a giant fan I have which is about the size of a jet engine (and about as noisy) but I suppose I should try and enjoy the warm weather while it’s here. It will be gone soon enough!

I saw some lovely little coconuts in the store the other day. To be honest, they’re not really specific to any season any more – I think they can be purchased year-round – but I really felt like having one this time, and doing something “different” with it, as opposed to just eating it straight from the shell. Of course, the first obstacle to getting to the wonderfully pure white meat inside was getting past that shell. Previous methods I’ve employed have usually involved some form of blunt-force trauma which usually results in objects getting broken or dented. This time I decided to cut it neatly in half using a hacksaw. Very effective I must say! Once you’ve cut through the shell itself then you can just insert a cleaver or something similar to force apart the “nut” into two neat halves. 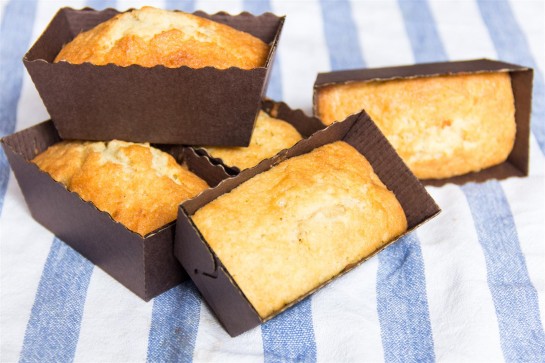 I’d purchased the little loaf moulds during my last visit to England and had been wondering what use I could put them to for ages. Not sure if I’d bother using such moulds again. They weren’t cheap and I think there were only ten in a pack and it seemed very wasteful. They were very thick and well made, but of course as soon as you want to eat the cake then it gets trashed. Not really worth it in my opinion. Overall though, the cakes were great. I considered putting a frosting on them but this would have been complete overkill. They were lovely on their own – not too sweet, and a perfect accompaniment to a cup of tea or coffee!

August is upon us and that can only mean one thing – no traffic jams in Paris! It’s common here for residents of Paris to take a month of summer vacation during the month of August so it can get very, very quiet. Of course, it’s certainly not a “ghost town”. There are still plenty of people around, but the impact it has on traffic and availability of parking spaces in the capital is remarkable. My wife and I are going to use this opportunity to try and visit as many of our favourite restaurants as we can while it’s nice and quiet!

Have a great day everyone :). 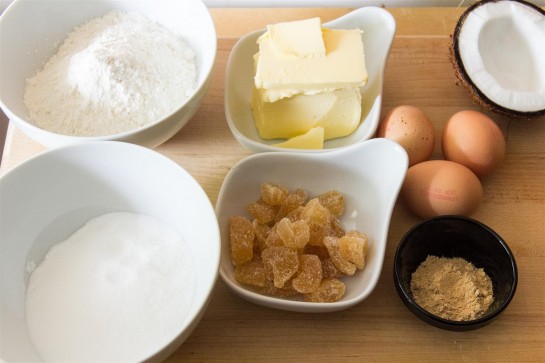