You are here: Home / Adventures / Fun with Ma’amoul

You may be asking yourself “who exactly is Ma’amoul?”, after reading the title. Well – it’s not a case of who but “what”, although I’ll get to that a little later. I thought I’d start off by sharing a couple of photos with you today from a recent trip into Paris in the evening for some photography. I’d wanted to get back to the area with the canal in Paris for quite some time after seeing it a number of times by boat, as I wrote about here. I’d always thought the area would be gorgeous by night and I wasn’t wrong, even despite the weather. I’m not a huge fan of traipsing around in the rain with a camera strung around my neck – mainly because I don’t want my camera to get soaking wet and wiping raindrops off the lens is always an exercise in futility since lens cloths just seem to push the water around and smear everything up. Apparently my camera is “weatherproof“, but since I’m not entirely sure what that means, and I’m not going to test it out just to find out, I was a little worried when it began to rain quite hard on the way in. We were blessed with a pause though, during which time we managed to get some photos, including some lovely light reflections against the wet cobbled roads and paths and got back to the car again just in time as the sky positively burst and unleashed another load of rain on us. 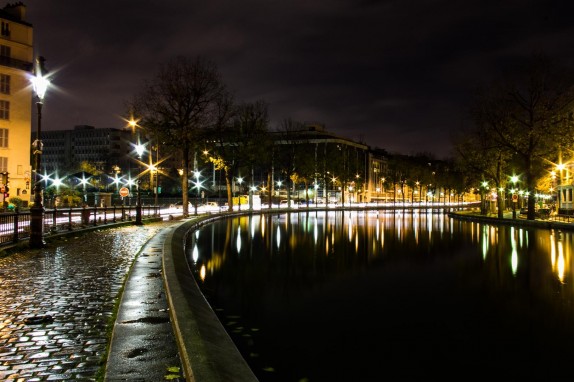 It was quite a short trip – the weather was a bit miserable and it was pretty cold but it was nice to be back out with my camera. I find I don’t go out nearly enough as I could or should, so I’m hoping to fix this sad state of affairs over the coming months. The bridge in the photo below you should recognise from my earlier post – now with 95% less foliage! 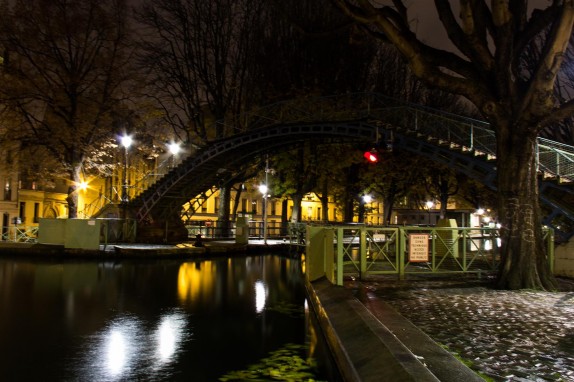 Down the steps of an earlier bridge I saw a view which I thought was rather nice. You don’t really notice until you’re home though just how yellow the lighting is in Paris. You start off by thinking that maybe the white balance on your camera is way off but then you actually realise that yes – it really is that colour at night. Anyway – I took a couple more which were ok (literally a couple though… I must have taken many photos that evening but trashed them all (I’m very picky)) so from a photographic point of view the evening wasn’t a huge success, but it was a nice warm-up to going out with some friends and getting back into the hobby again. 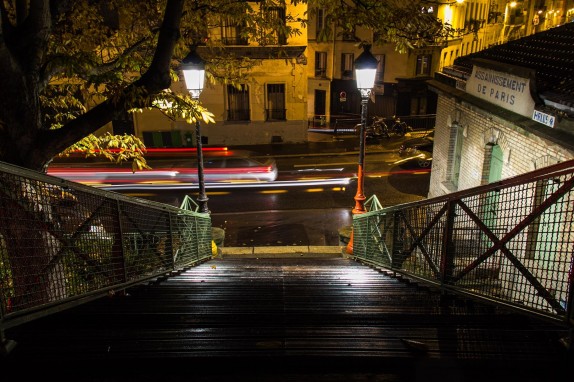 On to the recipe though, and today I’m posting ma’amoul. I must first voice a massive, massive thank you to Sawsan from ChefInDisguise. She was my Secret Santa (or rather “not-so-secret-santa”) in the first ever Gift Exchange I organised this year and while I will be making a real write-up later, including other peoples’ photos and stories so those that didn’t take part can see what they missed out on, it would be remiss of me if I didn’t make a point of saying just how incredibly touched and bowled-over by the level of care, attention and time she’d put into my box of treats – thank you again Sawsan, and it’s because of you that I can post these fantastic cookies today, thanks to your gorgeous ma’amoul mould!

Ma’amoul are small, decorative shortbread cookies, stuffed with things like dates, nuts, figs, and usually (maybe always?) flavoured with rosewater and orange flower water. They’re made in delightful moulds – traditionally hand-carved out of wood – and are apparently hugely popular in Levantine and Gulf cuisine. The basic concept is that you take the shortbread dough, stuff it with your filling, seal it up, push it into the mould and then tap the mould on the table to make the shape fall out. Stick them in the oven and then go nuts on them. 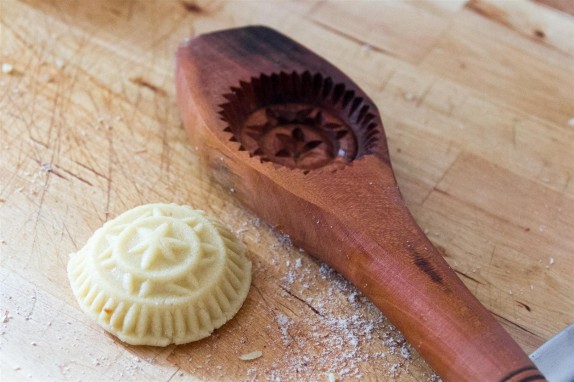 I cannot claim to be any expert on ma’amoul whatsoever. This is, to the best of my knowledge, the first time I’ve ever even eaten them but boy, do I like what I’ve tried now. I can’t believe I didn’t discover these beauties before! Now, I am absolutely terrible at following recipes (which is hilarious considering I spend my spare time here writing recipes up!) so this recipe is a real hodgepodge of various different sources, and in some cases I completely winged it. They turned out really well – although I’d be interested on hearing any input from someone who’s made them before. Perhaps you can offer me some ideas or tips for my next batch. I’m far from being a pro but I managed to get the hang of making them quite quickly after an initial couple of botched efforts.

I know that ma’amoul moulds might not be in everyone’s kitchen drawer, so ultimately I guess you could maybe form these into a ball and then press them gently onto a baking sheet. You wouldn’t have the beautiful pattern on top, but at least the taste would still be delicious! 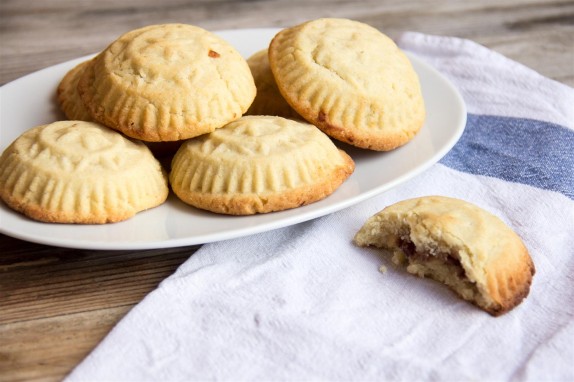 I may soon have computer problems (my laptop hard-drive sometimes makes a worrying whirring sound, and as a result I was up until 4am on Friday night synchronising all my data with my backup drive) so if I suddenly “disappear” for a bit longer than normal it’s because my computer fizzled out. In any case, I’ll be back soon with something tasty! Have a nice day everyone :). 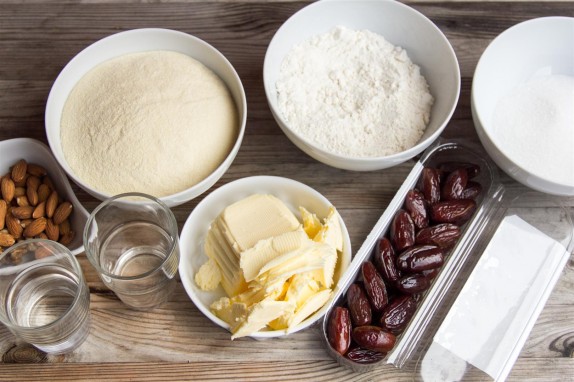