Hi folks, I thought I’d share with you today a surprising discovery – a delightful recipe from almost 100 years ago! The very snappily named “Manual for home storage, pickling, fermentation and salting vegetables, with directions for making potato starch, fruit pastes, butters, etc“, first published in 1917 by the “National Emergency Food Garden Commission” dealt with all kinds of  things related to war-time food preservation and usage of said preserved food.

One such technique it teaches in the book is how to make potato starch, and thus then lists several uses for your cache of potato starch. The recipe which caught the eye of my wife during her read-through of the book was actually the “Potato Starch Sponge Cake” – which incidentally happens to be gluten free and has no added fat. The original recipe calls for a little lemon, though I would recommend increasing this to turn it into a real lemon cake, as opposed to just a “faintly lemon-flavoured” cake. Preparation couldn’t be more simple though care must be taken when combining the beaten egg whites with the rest of the mixture. This cake owes its fluffy, airiness to your success when whisking the whites. If this step fails then I suspect the result may be a rather sorry-looking pancake!

I don’t tend to bake many gluten-free things. Fortunately, I’ve never needed to follow a gluten-free diet, and ultimately I’ve never really seen the point of just cutting gluten out for the sake of it, especially when you need to add in curiously-named things like “psyllium husk” as a gluten replacement. Seriously – doesn’t that sound like something you’d find in a movie about aliens?

Sir, sir – we’re on their mothership and we’ve made our way into the hatchery. The eggs seem to have all hatched, there’s psyllium husk all over the floor… dear God! <crash> <static>…

Anyway, this doesn’t have any funky-sounding stuff inside – we’re talking literally eggs, potato starch, sugar and lemon here. It can’t get more simple than this, and the result is a springy, fluffy, incredibly light cake. You should aim to eat the cake the same day as it will go dry, though storage in an air-tight container should help extend the life by a day or so. Alternatively, if you have dry cake left over, you could do what my wife did and make a delicious trifle with it! 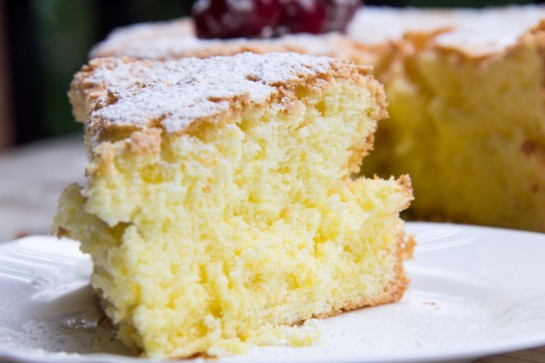 The original recipe calls for baking in an angel-cake pan, or a “deep, narrow pan”. I unfortunately had neither, so just used my regular 22cm pan, though you should make sure the pan is quite deep as the cake will rise a lot! My photos aren’t ideal and don’t truly reflect how spongey and delicious this cake is. Photographing slices of cake isn’t my forte, but I hope you’ll decide to give it a go anyway – let me know how it turns out! 🙂

Adapted from an original recipe here 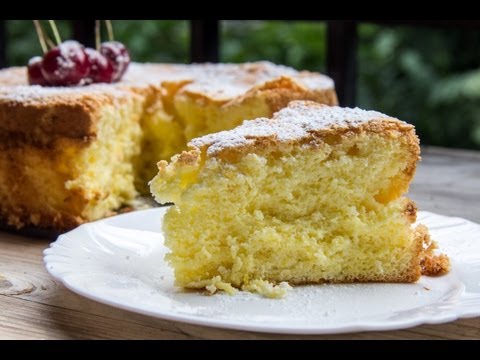 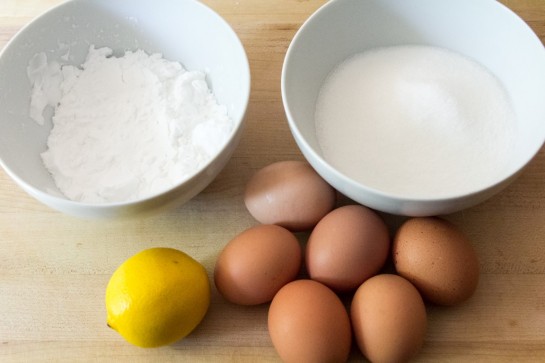