You are here: Home / Recipes / Baking and Snacks / Hand-cooked Parsnip Chips and the Giveaway Results

[dropcap style=”font-size: 60px; color: #0B0B61;”]Hi there everyone, and welcome to a brand new week. Can you believe it’s already the end of January? The day after tomorrow and we’ll already be in February?! Wowzers, time sure does fly. I’ve got something yummy for you all today, as no doubt you saw by the title. I was going to post something else instead, but will do that on Thursday instead (that dish is a whole load of fun, and tasty as anything, so I hope you’ll look forward to seeing that!). For today though, I went to do the weekly shopping on Saturday, and what should I see, but parsnips! These little golden roots don’t seem to be that popular in France and I’ve had huge difficulties finding them in the past, along with swedes as well, but I saw them both and knew that I couldn’t let this opportunity pass me by.

There’s a English company which makes “vegetable” chips.  Delicious, crunchy alternatives to potato chips, made from beetroot, carrot and parsnip, and I absolutely adore them, but the problem is – they cost a fortune, at least compared to the cost of the raw ingredients. I was worried about the amount of oil which would end up being used, but I was delighted to see that once all was fried and done, I’d only used 100ml of oil, which works out to be around 830 calories. It sounds a lot, but when you consider that parsnips are pretty darn low in calories, it brings the whole batch of chips to less than 1000 calories. Compare that to the same quantity of potatoes, and the fact that potato chips seem to suck up oil like a 70-year old car and you’re looking at a significantly healthier snack. 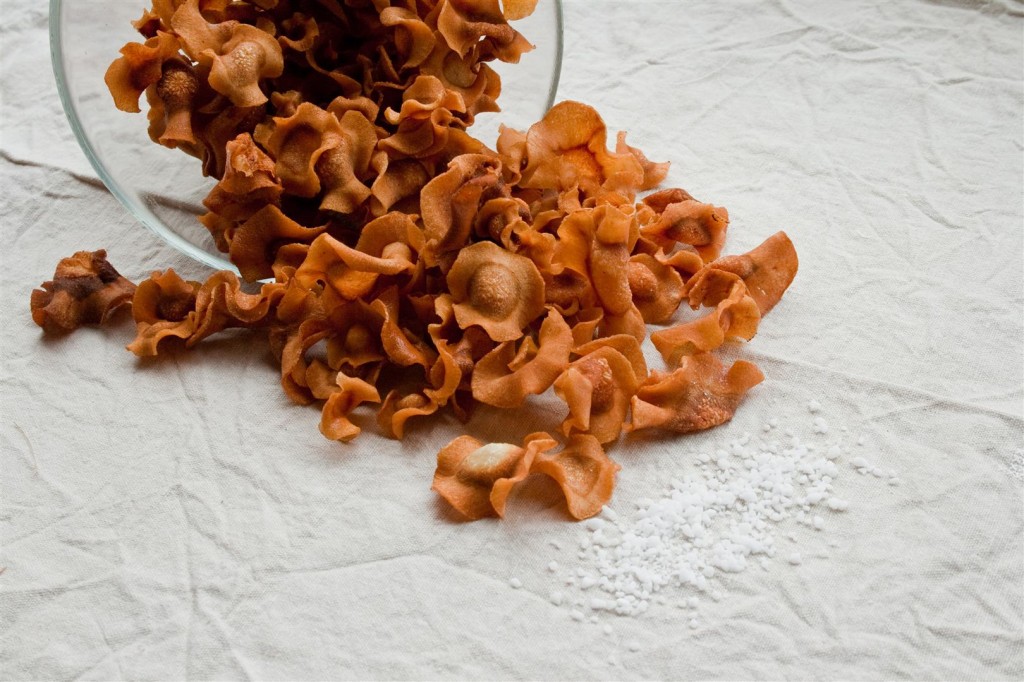 I always preach this whenever I’m making something like this, but if you haven’t already – please… buy a mandoline. Seriously, go buy it now. It will be the best 30-odd bucks you spent for a kitchen gadget in a long time. You do ideally need something like that for a recipe like this. It’s exceptionally difficult to get the uniform, wafer-thinness using a knife, and it’ll make the difference between crispy, crunchy discs, and harder, perhaps-a-little-soft-in-the-middle rounds! On the subject of preparation – I know a fair few people who fear deep-frying. The truth is, it doesn’t have to be any more dangerous than any other activity in the kitchen. You just need to remember that you’re dealing with a pot of very, very hot oil and respect it. Prepare everything before-hand because you don’t want to be rummaging around for kitchen paper or slotted spoons once the cooking has begun, keep a fire-blanket on hand (I picked mine up for about €7 from IKEA. I’ve never had to use it, but I think it’s an invaluable item for the kitchen), and remember never to leave the pan unattended. For those who think that deep-frying leaves an obnoxious odour in the home – use an oil with a high smoke-point, like peanut oil, or one which is specially formulated for deep-frying. I can attest that the post-frying odours it leaves are minimal!

Anyway – before we move  onto the recipe, it’s time to announce the winner of the latest giveaway. Please expand the dropdown box below for the winning number and name!

As per last time, we’ll select a random number, courtesy of random.org. Here we go… 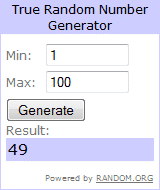 Once again it seems no-one has picked the exact number, so let’s have a look at people who picked a number “close” to 49… Well, no-one picked a number in the 40s, but someone did pick #50, and that person is…

Barb, from Profiteroles and Ponytails

Join me in congratulating Barb for winning, and for those who didn’t win – fret not. This certainly won’t be my last giveaway 🙂

Okey-doke – that’s me out for today. Enjoy the recipe, and your week! 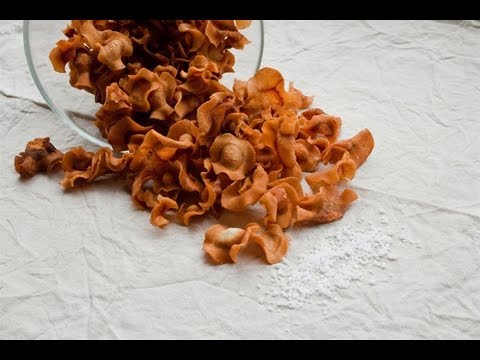 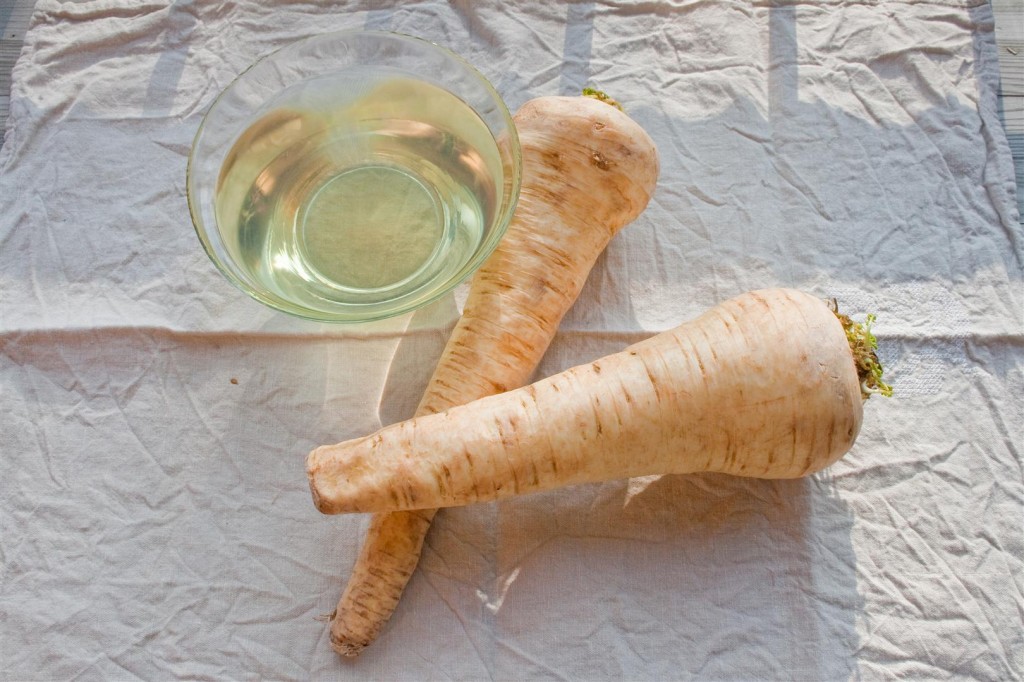