So, I thought I’d start a little post series which I can add to as the weeks go by. Home-made herbs and spices… but I’m not talking about spice mixes – like a jerk chicken rub. No no, these posts are all about making new herbs yourself, from scratch, using ingredients you might very well normally throw in the garbage. The title of this post does kind of give away what I’ll be making today, but I figured that before I get into that, now would be a great time to share a few photos with you from a trip I made into Paris a month ago. I’ll admit to feeling rather uninspired that night, so the ones you will see below were probably the best from the mediocre bunch I took.

Those of you who may remember my post from a while ago might also be thinking to yourself: “hang on, isn’t he supposed to be in England on vacation now?”. Well… yes I was supposed to be, but a couple of weeks ago we discovered that my wife’s passport had expired. That’s in the process of being resolved, but we’ve had to postpone our trip until we can get the new passport issued. Just a week or so – then we’ll be on our way. Thankfully I hadn’t already booked any tickets when we found out!

Anyway – photos! They’re all taken around the Louvre Museum in Paris: 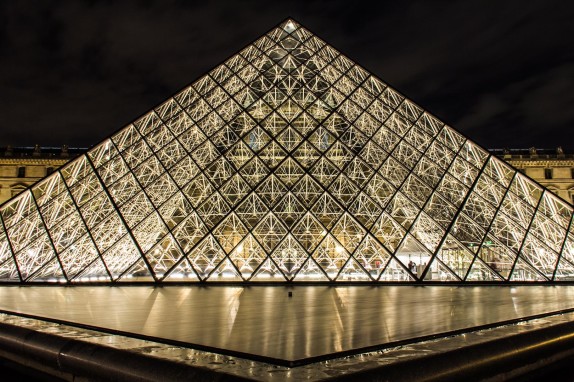 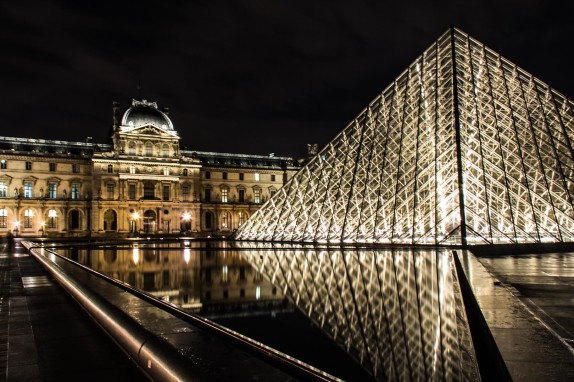 The glass pyramid and reflecting pools make for some fantastic night shots. I’ve never been entirely sure whether I like the pyramid, set against the beautiful museum building, but it’s certainly unique! 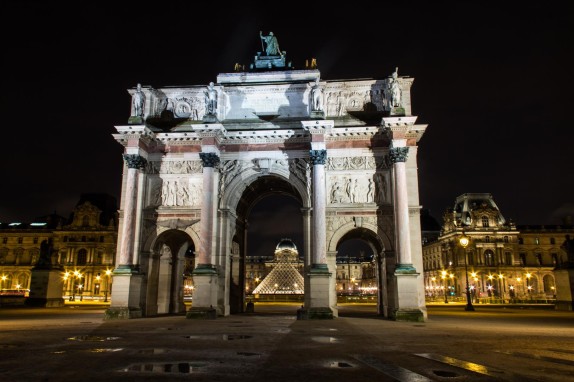 Across the road is the Place du Carrousel, at the entrance to the Tuileries Garden, with this arch, the “Arc de Triomphe du Carrousel” at the head. Built between 1806 and 1808, it was commissioned to commemorate Napoleon’s victories from the previous year. The arch also forms part of the eastern end (along with the Louvre) of something called the “Axe historique” (historical axis) which is a long line of avenues, buildings, and monuments. If you stand on the steps of the Grande Arche de la Défense you can see the Avenue de la Grande Armée, the Arc de Triomphe, the Avenue des Champs-Élysées, the Luxor Obelisk, the Arc de Triomphe du Carrousel, and of course finally the Louvre. All of these are perfectly aligned and this is no accident! On a clear day, or night, it’s truly a spectacular sight to see all these famous landmarks in one great, big, straight line.

On to the recipe though – today I’m going to be writing about the wonders of celery leaves. Often, especially in England, I see celery sold in bunches with the leaves already removed, but in France they happily sell it with all the foliage still attached. In the larger supermarkets near me they even provide a trash can next to the shelf so people can rip off the leaves and throw them immediately away. They’re missing out on a great opportunity I say. Not only can the leaves be used to make a flavoursome stock but they can also be dried and then crushed or ground up into a wonderful powder. The flavour lends itself excellently to fish, so rub it all over a good piece of trout before grilling it, or sprinkle it in a sauce, and enjoy the fact that you just made your own herb which, to the best of my knowledge, can’t be bought anywhere (yet)! 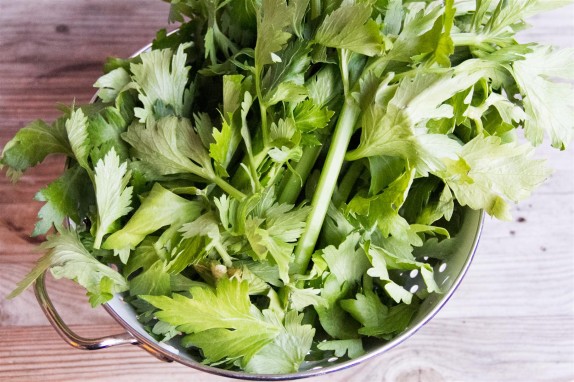