Do you know how long it’s been since I posted anything to my blog? Heck, I can’t even remember myself.

Ok, I just checked. July the 5th. That was three and a half months ago. Far too long, and I’ll excuse myself in advance because I’m sorely out of the habit of writing, as you may have noticed from my weirdly disjointed sentences thus far. The sad fact is that I’m still not quite back to my baking-ways, and will still not be for a couple more weeks, because life has a habit of getting in the way of things, but I did want to give you all a little update so that you know that I’m still around, and that I haven’t given up on FiveEuroFood entirely.

So, what have I been up to in my unacceptably long extended hiatus? Well, I’ve made an 11-part video course on WordPress Blogging for Beginners. This course covers all the aspects of getting set up as a self-hosted WordPress blogger, along with some basic tips on how to grow your audience and monetize your site, and you can check out the course over at Curious.com.

When I wasn’t glued to the computer, taking long walks with my son William was a nice way to spend some time while my wife was working – even if I almost did get eaten alive by mosquitoes more than once… 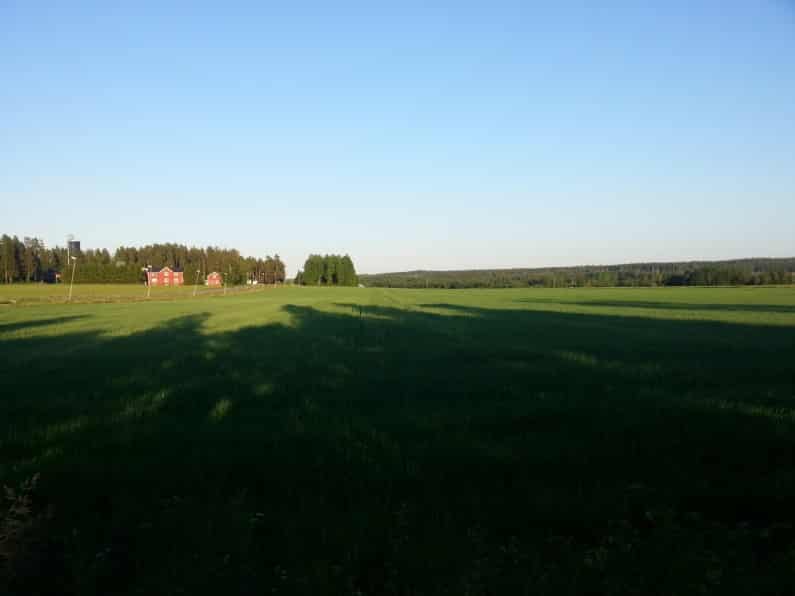 We spent some days at a local beach (there’s one just 20 minutes away which I never knew existed… but that’s perhaps rather silly of me considering the town I live in is literally right on the edge of Sweden’s coastline).

Do you remember how I mentioned I was growing things? Well, not everything turned out as planned, but some of my attempts were very successful. I had a good harvest of beetroot (albeit rather small), peas, yellow courgettes, tomatoes, and potatoes. I did manage to grow a few small red peppers, and some espelette chillies which finally ripened – and tasted pretty good – though sadly my efforts to grow beans, leeks, cucumbers and lettuce came to naught. The potatoes pictured three images down are called “Apache” – red skin, flecked with yellow spots. I also grew a variant called “Blue Congo”, which are completely blue all the way through (even in the flesh), and some “normal” potatoes for good measure.

Annoyingly my yellow courgettes kept dying, and it took me a while to figure out why. They weren’t getting pollinated! After I armed myself with a little paintbrush and adopted the role of “plant matchmaker” they seemed to flourish.

After the summer fun, autumn rolled around and it was time to participate in the long-awaited activity of berry picking. I wanted to go lingonberry and mushroom picking too, but didn’t get a chance. Blueberries were sufficient for my first year I think, and what a crop! I filled an entire bucket. About six kilograms in total. More than enough for a huge load of jam, tarts, and muffins.

Of course, picking out all those twigs and leaves was a bit of a pain. There are two schools of thought here.

Obviously, I subscribed to the first belief, since… well, I’m greedy, that’s all there is to it, but I can see how not having to spend literally about 8 hours picking out all the trash from the bucket later might have its attractions.

August the 19th was my son’s second birthday. Here he is in the morning when I took him out for a father-son fika, eating a cinnamon bun the size of his head!

So that was my summer. And Autumn.

Now winter is here, and I woke up today to a ground covered in snow, which wasn’t entirely unexpected, but never entirely welcome. Looking through the summer photographs in writing this post, seeing all the wonderful warm weather, I find myself longing for it once again. Instead I’ll have to wrap up, hunker down and try and keep warm since I have a sneaking suspicion that this winter is going to be pretty bad.

I’ll be back soon – I promise, and certainly not in three and a half months time – with a real recipe. I just need to find my camera battery charger which seems to have vanished somewhere. For anyone who has left comments on my blog – my apologies that I just stopped replying. I will start again from this post. I don’t think I’ll be going back to three or four month old comments to reply, but rest assured that I did read them all. If you had any specific questions that you did want answered, please feel free to post them again here, and finally a small request. I made a modification to the way my website loads, so if it appears to be loading incorrectly for any of you, please do let me know.