Happy Sunday everyone. I feel like it’s a bit wrong to post this recipe when you see the weather we’re having here right now. Once again it’s raining hard, and we even had a thunderstorm earlier, but, well, I can’t control the weather and so this is what I’ll be posting today. An ex-girlfriend of mine once thought I was insane when I professed a desire to eat ice-cream in December. Her reaction astonished me because as a Brit, I’d never associated ice-cream explicitly with summer-time. Sun, rain, snow – we’re happy with what we get in England usually and we’ll merrily go about our lives regardless of the weather, so if I want an ice-cream in December… well, you can be damn well sure that I’m going to eat an ice-cream in December. And yes – I’ll stand under my umbrella in the pouring rain eating it too, as freezing winds whip up leaves all around me! Ah… England! 😀

Before I get to the post of today though, I’ll tell you all about a restaurant I went to last night in Paris. We decided to go somewhere a little different and actually went to a place called Les Pâtes Vivantes – a Chinese restaurant where they actually make the noodles in front of you. The dining experience is punctuated by periodic bangs as the chef slams the noodles, stretched out between his hands, onto the counter-top in order to make them longer. A lot of fun to watch while waiting for your food! The menu in general is good and an enormous bowl of the hand-made noodles with big juicy shrimps, or stir-fried with vegetables and so forth is very reasonably priced, as well as being a good experience. They actually have two locations – one in the 9th arrondissement, and I guess this one proved popular because they then opened the second, in the 5th arrondissement.

On the off-chance you find yourself in Paris sometime, I’d recommend it – heck, even David Lebovitz gives it a favourable review. The one down side? Some might argue this is a pretty major flaw, but – perhaps they were having an off night or were short-staffed, or perhaps this is just “how it is”, but they didn’t time the preparation of the main courses at all well. There is one guy making the noodles, and he seems to prepare all the noodle based dishes too. My wife received her bowl quite quickly and waited. She waited, and waited, and waited, and meanwhile other people were being served their noodle bowls, so we encouraged my wife to start, lest her food be cold. Finally they came over with another bowl – the food for our friend. Then we waited, and waited some more, while other people were receiving their food again. By the time my wife was pretty much done with hers, they then came out with my dinner. Wonderful, I’m so glad we could have this opportunity to sit down and enjoy a meal together! Well, actually, we did enjoy a meal together because I stole my wife’s noodles, but it’s still hardly an ideal situation. I would have thought that at least making an effort to serve the meals to your groups of customers at roughly the same time should be one of the very core goals of a restaurant, no? Apparently not here. Still, the food was pretty good for the price, it was a good experience and the waiter we had was very cheery so give it a look if you have a chance. 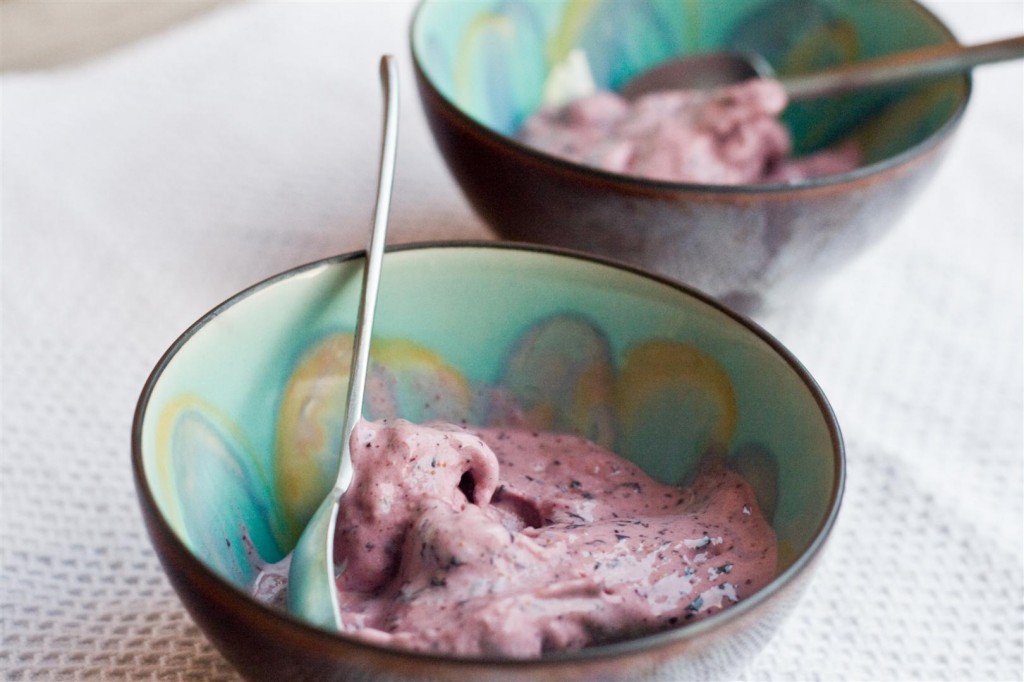 Anyway, on to today’s post. Despite the fact that it’s belting it down with rain right now, it has actually been quite hot and humid recently and I decided to make this, which my wife actually told me about. No messing about with ice-cream machines and piles of different ingredients. This has just 4 simple ingredients and the end result is a very smooth, soft ice-cream. If you want it a little more solid still you can return it to the freezer for another 30 minutes or so, but as long as you work quickly when making it, it should be absolutely fine. Excuse my photos today – I just could not make the stuff look good – oh well! 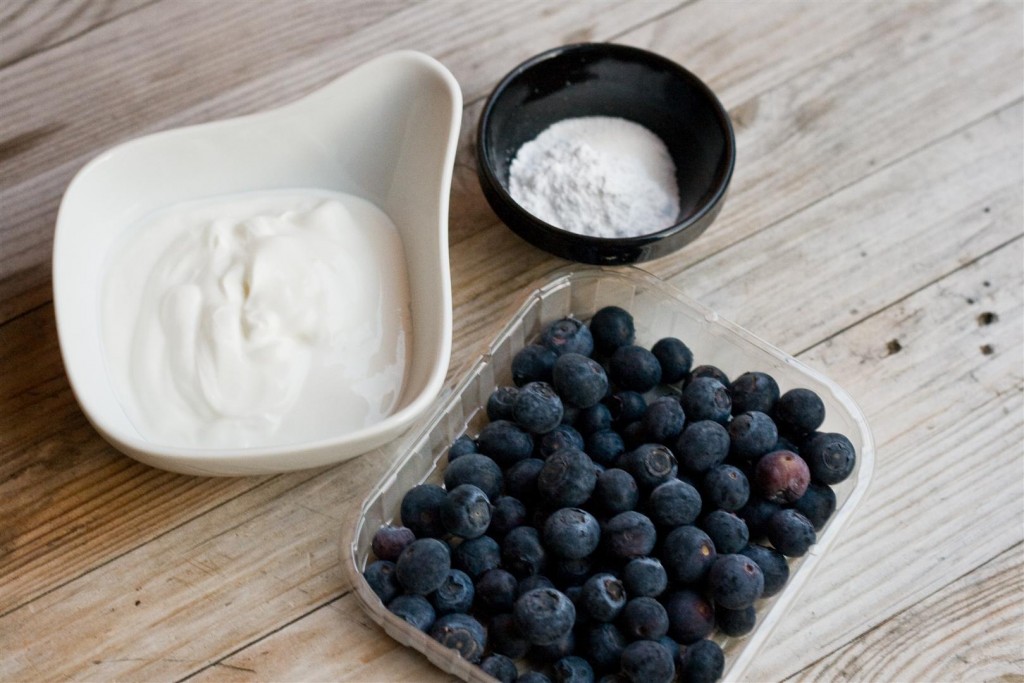