[dropcap style=”font-size: 60px; color: #0B0B61;”]The first time I heard of this I have to say, I was dubious. I’m not one of these people who hates anchovies… I don’t mind them at all but they have a very unique flavour and to be honest, I really want sure if a creamy, luxurious potato gratin was the right place for them :D. That said – my wife convinced me to give it a try and I was hooked. It’s been a fixture on our Christmas table ever since (of course, I think it would have been a fixture anyway because Christmas without Janssons Frestelse for a Swede is like Christmas without Mince Pies for a Brit! As with many such traditional recipes there exist a great number of personalised versions, variations and alternatives, though at its heart, Janssons Frestelse is a type of potato gratin – creamy and delicious with onion, and most importantly, pickled sprats. Wikipedia says that the ingredients are often mistranslated as “ansjovis” in Swedish actually means pickled sprats, while “sardeller” is actually what we would know as anchovies. Regardless of this, I think the difference between the types of fish is fairly negligible. I’m told by at least two Swedes that the taste is the same with anchovies as the ones they used to eat when they lived back home, so since I’ve never seen pickled sprats for sale anywhere in France, feel free to go ahead and use anchovies.

Breadcrumbs are often added to the top for a wonderful brown topping and the potato is usually cut into matchsticks. Today I’ll be slicing it thinly on a mandoline and won’t be adding breadcrumbs. You’ll have to forgive me for those in advance 😉 The taste itself was delicious and is the perfect accompaniment for other Swedish Christmas delicacies – the Swedish Christmas Meatballs, Christmas Ham, Gravlax and so on.

Perhaps you’re wondering about the name though. Well – “frestelse” means “temptation”, so it’s the temptation of Jansson, or “Jansson’s Temptation”. The only problem is, I have absolutely no idea who Jansson is. There are some theories in the Wikipedia page:

It has often been claimed that the name originated with the opera singer Pelle Janzon (1844-1889), remembered as a gourmand. However, another claim for the origin of the name has been made by Gunnar Stigmark in an article – “Så var det med Janssons frestelse” – which appeared in the periodical Gastronomisk kalender. According to Stigmark, the name was borrowed from the film Janssons frestelse (1928) featuring the popular actor Edvin Adolphson; as a name for this dish it was coined by Stigmark’s mother and her hired cooking lady for the particular occasion of a society dinner, whence it spread to other households and eventually into cookbooks.

… though it seems no-one really knows for sure. In any case, I would advise you not to worry your heads too much about exactly who Jansson was, and why he was so tempted by this (well, that’s pretty obvious if you try this I think!). The next time you planning your potato-based dishes for Christmas and thinking that maybe mashed, boiled, roasted are all a bit passé, consider this instead! 🙂 Have a wonderful day everyone! 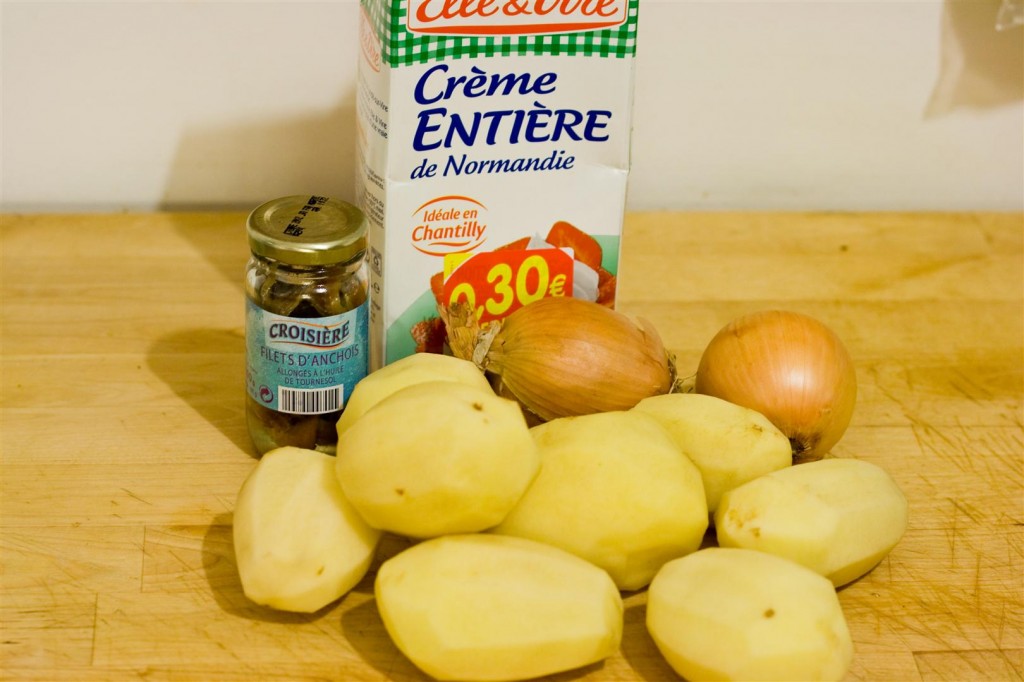