[dropcap style=”font-size: 60px; color: #0B0B61;”]From English schools and cricket matches to somewhere rather more far-flung. Today’s dish is something that the Brits rather stole from India, although we’ve no doubt modified it no small amount over the years. It’s not common at all anymore – I’ve never personally seen it anywhere except for in my mother’s kitchen, although plenty of recipes do exist. My mother makes it a little differently to me – often without the lemon juice and curry powder – but I think these add valuable different flavours.

So what is kedgeree anyway?

Kedgeree is thought to have originated with an Indian rice-and-bean or rice-and-lentil dish Khichri, traced back to 1340 or earlier. It is widely believed that the dish was brought to the United Kingdom by returning British colonials who had enjoyed it in India and introduced it to the UK as a breakfast dish in Victorian times, part of the then fashionable Anglo-Indian cuisine.

Indian food has a huge influence on British culture and cuisine. The dish “chicken tikka masala” is often considered as being the national dish of England. While this may be more a claim based on its popularity, rather than it actually being our “national dish”, we have nonetheless absorbed a lot of Indian culture and cuisine, due to the company rule of India during the times of the British Empire. 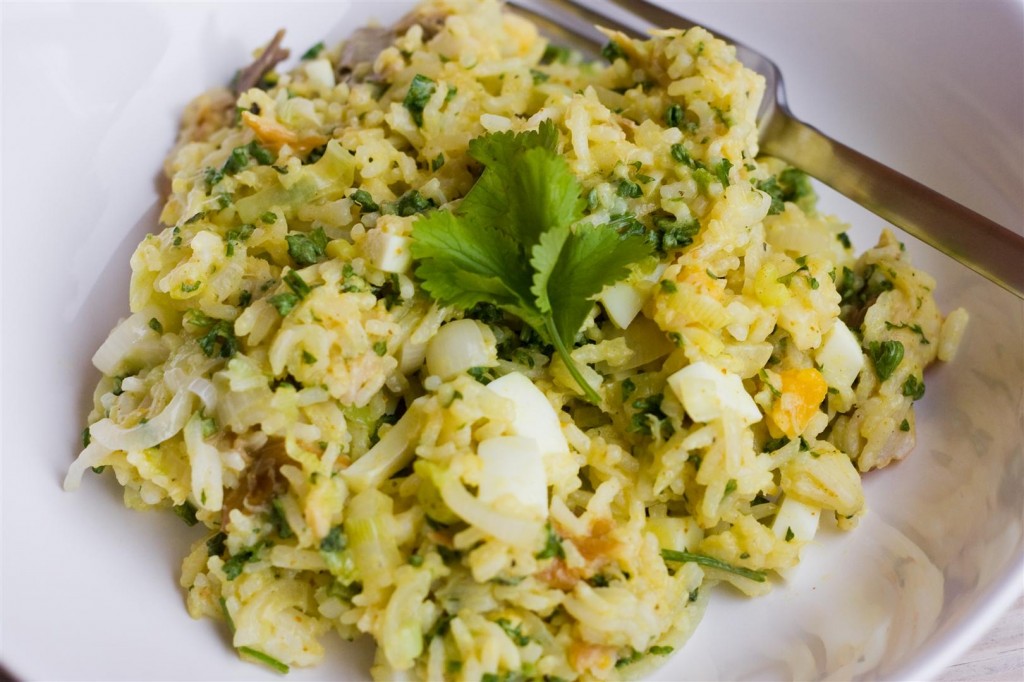 Smoked herring, or “kipper” is the most commonly used fish in kedgeree. I wasn’t able to find any of these at all, so I substituted it with smoked mackerel which I’ve always found absolutely delicious, as well as cheap. The dish was traditionally eaten for breakfast but is equally not out of place as part of a lunch or light dinner. Feel free to vary the amount of lemon juice or curry powder inside – some people might find the juice of a whole lemon a little overpowering, while others might relish the bit of sourness it brings. Likewise, some people don’t like the addition of curry to the dish, or prefer to replace butter with cream – it’s really up to you! Give it a try and let me know what you think!

Join me next time for another English dish and in the meantime, have a good remainder of the week! 🙂 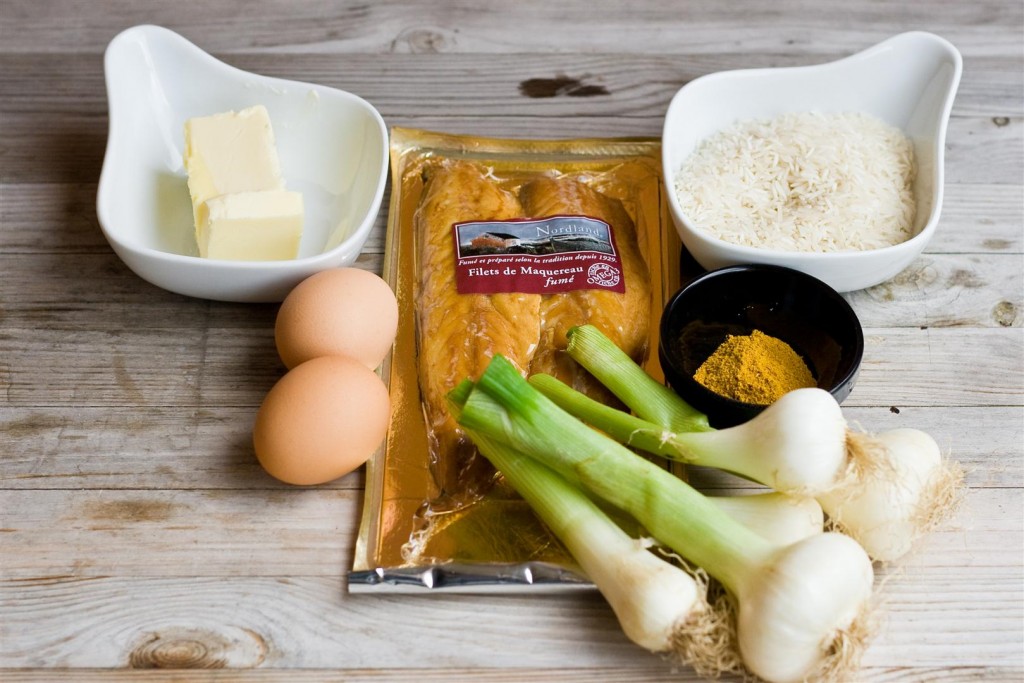