You are here: Home / Recipes / Baking and Snacks / Kringlor

Greetings everyone. Before I forget – if you didn’t already, please remember to play along with my little game to celebrate my 2-year anniversary in blogging. Suggest some ingredients to me and I’ll make a dish and even name it after you! The suggestion form can be found in my previous post – it’s going to be lots of fun… I’ve already had some great suggestions so I’m really looking forward to seeing which one I’ll end up making!

Today I’m going to be making kringlor, which many of you may know as kringles (apparently the name comes from the Old Norse word “kringla”, meaning “circle”). This scandinavian pastry has various forms over the world, and apparently in the US they’re rolled out of Danish pastry dough. The basic Swedish one is rather more simple. A slightly sweetened dough, traditionally leavened with Baker’s Ammonia, topped with pearl sugar and baked.

Despite their history they’re surprisingly uncommon, especially when compared to other pastries and cakes. A quick Google search for kringlor yielded around 11,700 results. Conversely, a search for kladdkaka, another Swedish delight I’ve posted about a while back, returned 203,000 results – quite a difference in popularity! I’d like to say that I’m going to present to you “traditional” Swedish kringlor, but there’s three problems with that. First – they’re often made with something like filmjölk, an absolutely divine, sharp-tasting, pourable yoghurt-like substance which I’ve never found outside Scandinavia. At the least, one should normally use yoghurt, but I had none either, so I used milk. Secondly – I had no Baker’s Ammonia. Another ingredient which isn’t that common outside of Scandinavian countries as far as I can tell. Just as well really, since I had no yoghurt, so I swapped it out for baking powder. Finally – as I found out, I am really  bad at rolling and shaping kringlor. At one point I burst into uncontrollable (and childish) giggles, because the “thing” I had made looked remarkably like something a dog leaves on the side-walk, but I persevered and finally had some trays of something worth baking! 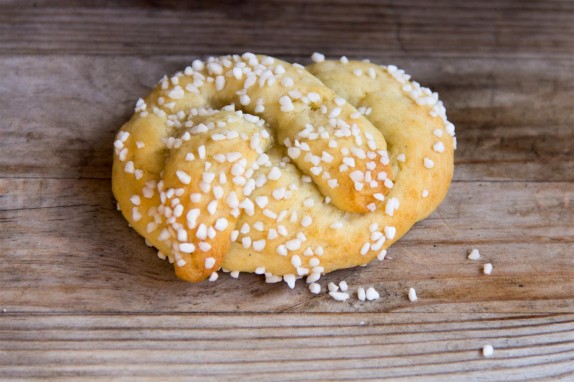 While not exactly low-carb or low-gluten they do make a nice snack. Barely sweet, they make a lovely accompaniment with a cup of tea or coffee during those times when you don’t feel like something too sugary, but don’t want something completely savoury – this will really hit the spot. If you’re thinking of making these then don’t worry if you can’t find pearl sugar. Find the coarsest sugar you can and just roll the tops of these bad-boys in it before baking. Alternatively, if you wanted to make them that little bit sweeter then you can ice them when they were baked.

I do hope everyone had a great weekend – I’ll be back in a few days when I’ll be going nuts with a new recipe (chestnuts, that is! :)) and this one’s a real beauty, swiftly followed by my two year anniversary post – yay! 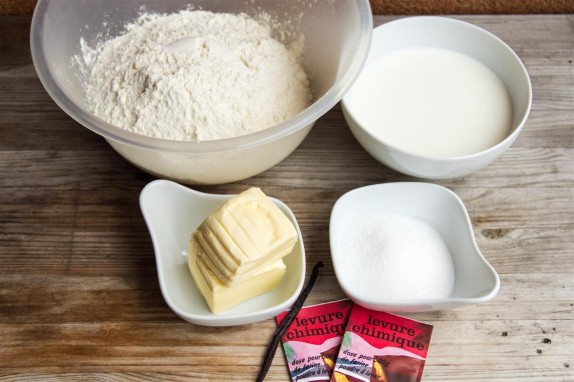