Glad Midsommar! Ok, it’s not midsummer quite yet, but the 21st and 22nd of June is when you can say this to people in Sweden this year. Happy Midsummer, for the English-speakers amongst us. I suddenly realised that the midsummer festival was almost upon us. Time has flown by this year and so I’ve pushed back the post I did have for today and decided to put together a little “call to action”. In case anyone feels like throwing together a little impromptu midsummer party then let me be your guide! You can find a round up at the bottom of this post of some typical things you might find at a Swedish Midsummer feast.  I do hope you give it a go – make some food, kick back, invite some friends around: eat, drink, and be merry, and enjoy the sun!

In modern Sweden, Midsummer’s Eve and Midsummer’s Day (Midsommarafton and Midsommardagen) were formerly celebrated on 23 June and 24 June, but since 1953 the celebration has been moved to the Friday and Saturday between 19 June and 26 June with the main celebrations taking place on Friday. It is one of the most important holidays of the year in Sweden, and probably the most uniquely Swedish in the way it is celebrated.

Thanks Wikipedia! So there you go – Midsummer in Sweden is a big deal! Poles are put up, decorated, and consequently danced around, curious songs about “small frogs” are sung (yeah, I don’t really know either, but you can see a video here). Food is eaten, songs are sung, bonfires might be lit and lots of fun is had for it’s the longest night of the year. In some parts of Sweden it won’t really get dark at all, even at 2am so it’s a time for celebration – especially since in those same parts the winters are long and cold, and most of the day is spent in darkness, so it’s important to rejoice in the light and warmth while you can.

By Markus Bernet (Own work) [CC-BY-SA-2.5], via Wikimedia Commons

So folks, I hope you decide to have a little midsummer celebration on the evening of Friday the 21st June. We’ll be having a lunch on  Saturday, with many of the foods shown below. I’d say you’re all invited, but then there’d be less food for me…! 🙂

Have a fantastic midsummer everyone, whether you celebrate it or not. Enjoy the recipe links below – click the title or photo to view the whole recipe – and I’ll be back soon with the originally planned post! 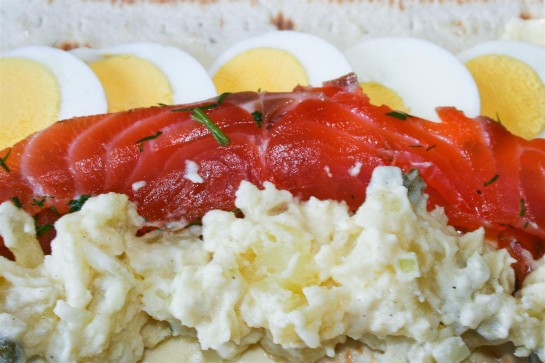 Gravlax is fantastically easy to make – grab a slab of good, fresh salmon, rub it down with a mixture of equal quantities of salt and sugar, fold it over, sandwich it together with an ample quantity of fresh dill, wrap it up and leave it in the refrigerator for three days. That’s really all there is to it. When it’s done you’ll have beautifully cured salmon. Sliced thinly and arranged on bread with some boiled egg it’s a light, summery treat. 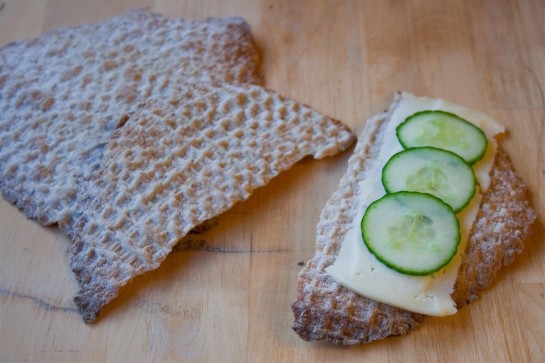 So you’ve got gravlax, but what about bread to put it on? How about some Swedish flat bread? Ideally you’ll need a “kruskavel” – a specially spiked rolling pin to create the distinctive pattern, but if you don’t have this you can just roll it flat and poke it with a fork. Don’t worry about making the edges neat… the more rustic the better. Delicately spiced with aniseed and fennel this makes a perfect accompaniment to that fish! 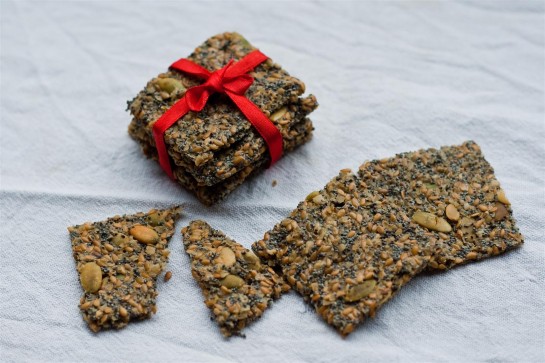 Let’s not forget about our gluten-intolerant friends at this festival. These gluten-free hard “breads” are a snap to make and incredibly tasty. It’s almost impossible to stop eating them once you start, and the ingredients are just oats, seeds, water and egg. The end result is a beautifully crisp cracker, perfect as a replacement for the flat bread, mentioned previously. 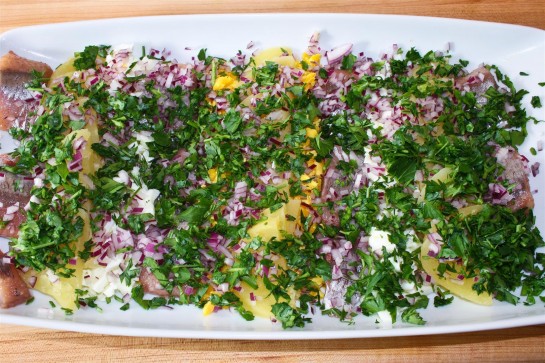 The Swedish sure love their fish, and they also love potatoes. This salad has both! Consisting of soused herring, sliced potatoes, chopped egg yolks and whites, all arranged into separated “stripes”, topped off with chopped parsley and onion and drizzled with hot, melted butter, it makes a beautiful accompaniment for the other dishes. 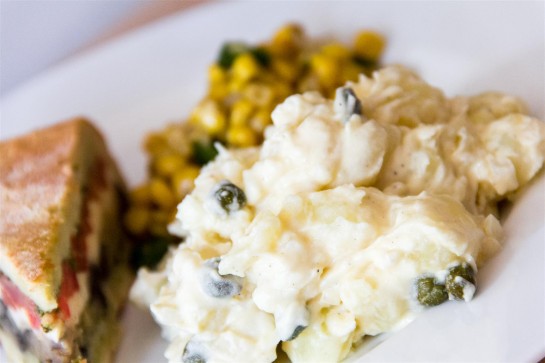 Now, potato salad isn’t necessarily a traditional Swedish Midsummer food, but I love it. I also make the best one I know (what me…? Bragging? Never!) and so I recommend this since it goes with just about everything. 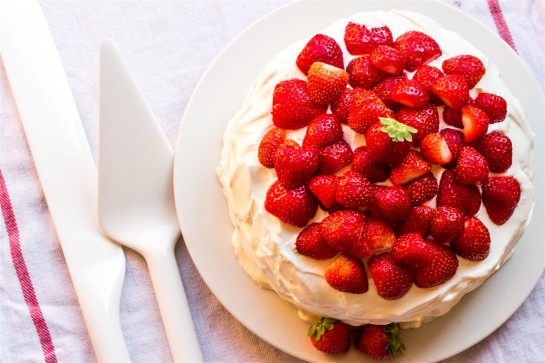 When all the fish is gone, there are but mere crumbs of the bread left, and only a lonely caper rolling around in the potato salad bowl then it’s probably time to move on to dessert. No midsummer is complete without strawberries, so why not combine a traditional Swedish sponge cake – sockerkaka – with fresh, whipped cream, and an ample pile of strawberries. 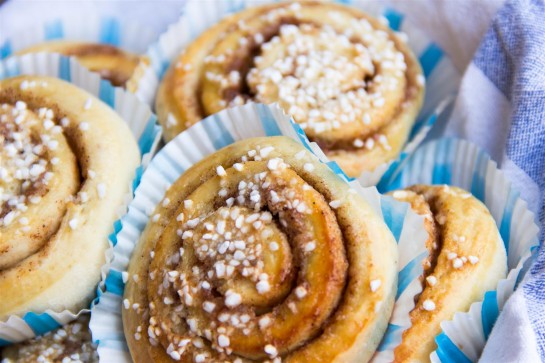 So you’ve gorged yourself on food, but aren’t you forgetting something? Of course you are! The Swedes have the second-highest consumption of coffee per capita in the world (first is Finland apparently) and so once you’ve washed up and finally sat down you’re probably thinking how darn nice a cup of coffee would be right about now. Set the pot a-brewing and maybe dig in to one (or five) of these Swedish Cinnamon Buns.