You are here: Home / Recipes / Baking and Snacks / Millionaire’s Shortbread

[dropcap style=”font-size: 60px; color: #0B0B61;”]Here’s a warning to start this post off with… rather more of a “Public Service Announcement”, one could say. If you are on a diet, do not make these under any circumstances! There, now that’s out of the way I can go on to talk about this tray of 9700 calorie awesomeness. Some of you may remember a long time ago I made Millionaire’s Flapjacks – What makes them “Millionaire’s” you ask? Well, the fact that they have a thick, delicious layer of caramel sauce and chocolate on top probably has something to do with it. But anyway – back to the flapjacks. So I made these, and they weren’t bad, though when eating them a couple of things became apparent.

Firstly – there wasn’t nearly enough caramel on them as there could have been, and secondly, let’s face it – I kind of failed at the chocolate. Chocolate should not be a paste when hot. I learned a valuable lesson that day that actually, water-baths aren’t actually as over-rated as I initially suspected. Sure, I still melt the chocolate sometimes directly in a pan, but you have to be careful – oh so careful – and quite frankly using a water bath is just easier.

I thought about doing a “redux” style post on the flapjacks but then decided against it. Why bother when there is another, albeit quite similar, perfectly decent Scottish treat which is just begging to be made. (I just looked it up – apparently it’s believed Millionaire’s Shortbread is Scottish in origin… who’d ‘a’ thunk it?!). As I mentioned above, the entire tray’s-worth is about 9700 calories. I cut it up into 40 pieces, which are about 2 large bites, or 4 “regular” bites, although you could easily go a bit smaller. This is sweet, tasty, and horrifically unhealthy, but it’s well worth making if you’re not familiar with it. Many cake shops and bakeries in England will often sell slabs of this stuff, though the shortbread is spongey and really doesn’t taste buttery, the caramel is tasteless, and the chocolate tastes artificial, so do yourself a favour – make this! 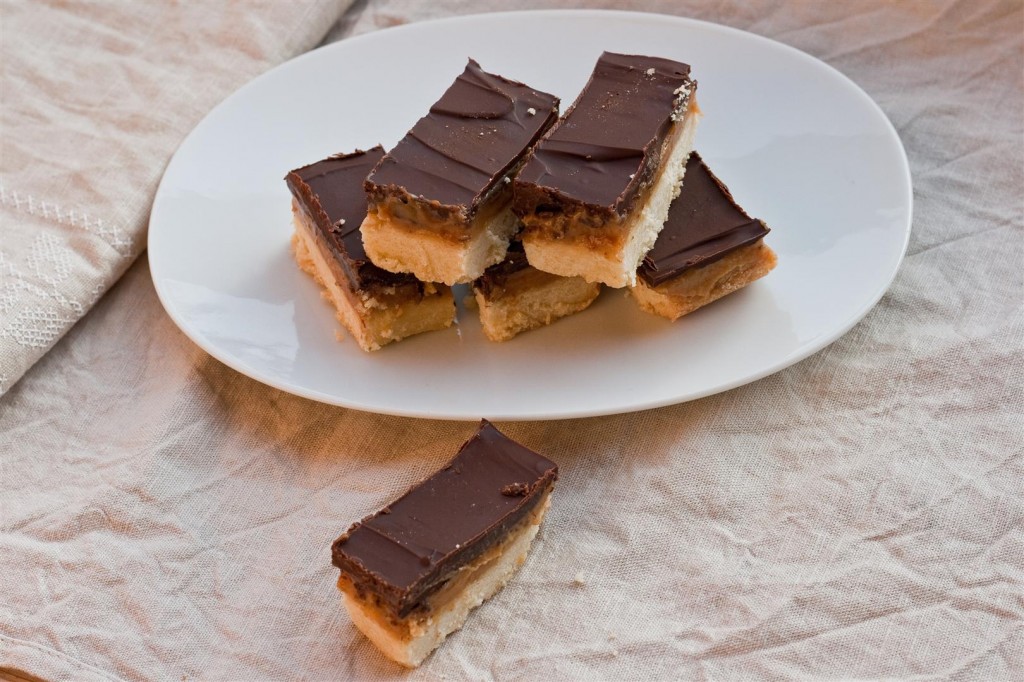 I know I stated recently that I’d be trying to go back to basics and keep everything at €5 or below, but I just had to share this, and to be fair, the things which really pushed the price over was the chocolate. If you buy store-brand chocolate, and try and trim costs on other things you can easily keep this below 5 euros I think. You’ll need a baking tray to make these, of course – I used one which is about 3cm deep, 31cm long by 23cm wide (yeah, I know – weird dimensions! (It’s quite an old tray)). The thing which takes the most time in this recipe is the creation of the dulce de leche.

If you’ve opened a can of condensed milk before, and seen it all white and goopy inside, there’s something hugely satisfying at opening a can after 4 hours of boiling and seeing it all thick and caramelised. That said – if time is a premium for you, you can buy dulce de leche ready made. It’s a big time saver, although I would suspect it will be an expensive way of buying it, compared to a couple of cans of good old condensed milk. As always, with chocolate heavy things, make sure you buy a chocolate which you can stand to eat. Using bad chocolate will seriously impact the quality of the end product.

I’d also like to thank Karen from Back Road Journal who very kindly passed on the “Liebster” blog award to me in her recent post. I’d actually received this not so long ago, so I’ll link back to that post where I nominated 5 other bloggers here. Thank you so much Karen – I truly enjoy reading your blog. Your recent travels, as well as your posts about your house and surround area where you live have been genuinely pleasurable reading!

Have a great almost-weekend-thursday everyone and enjoy! 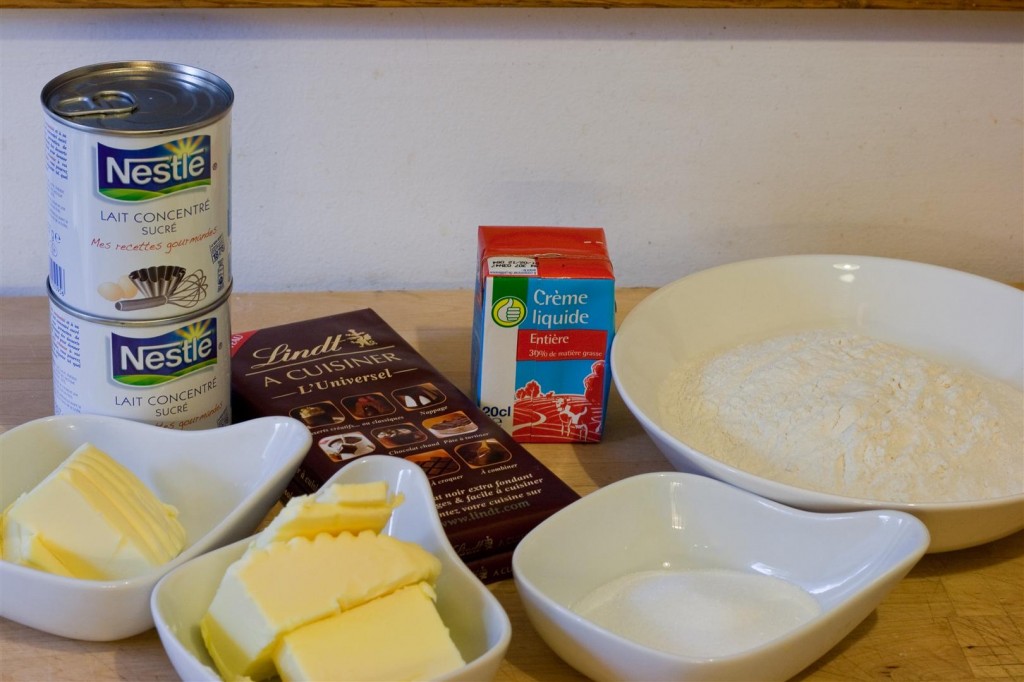 For the Caramel Topping

For the Chocolate Topping