[dropcap style=”font-size: 60px; color: #0B0B61;”]Welcome to Wednesday everyone – three days until the weekend and you know what that means? Three days until Christmas (and my vacation! – For those of you who’ve been paying attention, I did say that I would post the mince pies later, *during* my vacation, but have instead decided to roll them out today)! I’m not a religious person but I love Christmas for all the good things it represents – giving, love, family, happiness and joy – and it’s in winter to boot, so it’s always warm and cozy. I don’t think I could adapt well to Christmas in somewhere like Australia very well. The idea of a “Christmas barbecue” just doesn’t really much attraction for me, I have to say :p I can still remember celebrating  this time of year when I was much younger – a good 20 years ago or so. I’d go shopping with my father to a nearby city to go Christmas shopping where I’d pick out the gift for my mother. Usually I ended up getting the same things for her each year because she said she liked it so much (and if she didn’t, she sure hid it well!)

For a bit of post-shopping sustenance we’d go to a tea-room. It was in a very old building with wooden beams everywhere. I remember I usually got a soda and amused myself by dropping sugar cubes into it and watching it froth up (ah, how much sugar I must have drunk!), maybe some hot buttered toast and then I could usually pick out a cake from a little trolley they brought around to your table. After this we often went downstairs to the small coffee shop (selling coffee beans, not the ready-made to drink) and my father would get some of his favourite and a “chocolate elephant” for me. It was some sort of elephant-shaped chocolate, with a praliné centre I think. Sadly, neither the tea-room, nor the coffee shop exist any more – tea-rooms like those are becoming somewhat a thing of the past in England which is a real shame. Sure – cafés and coffee-shops, especially chains, aren’t going anywhere, but the kind of place with frilly lace tablecloths, china teacups, cakes made on the premises all served up by a little old lady, known by everyone in town is suffering in these economic times. Just recently in my parents’ home town once such tearoom closed its doors for the last time. It seems that people want their double decaf, half 5%, half soy, frappawappamappalappaccino, and to go these days, instead 🙁 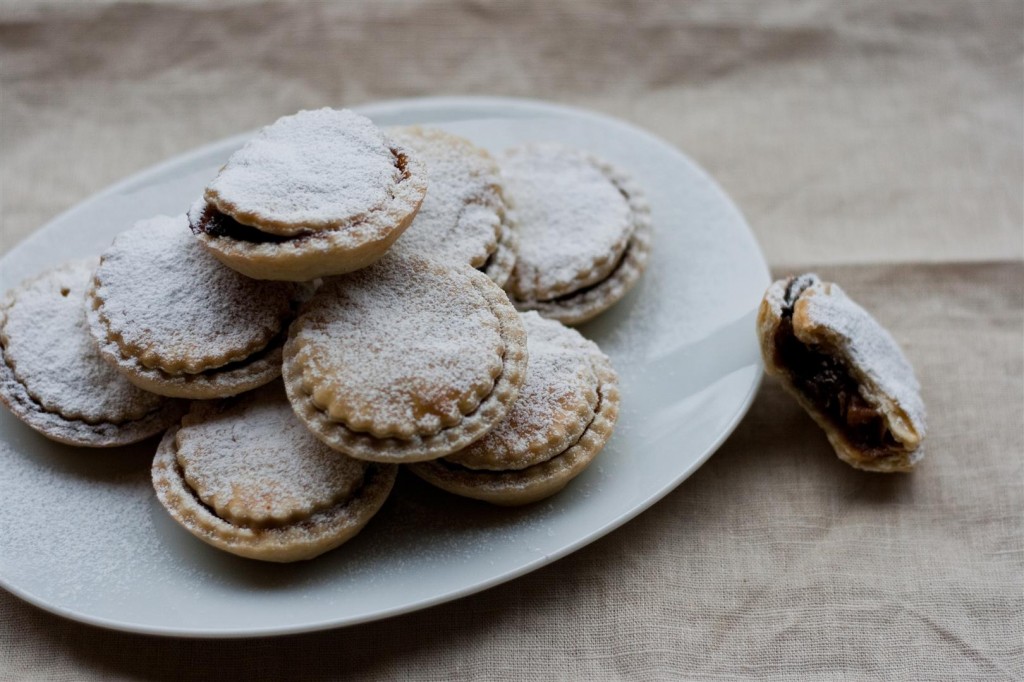 In any case – go into any English place serving any kind of hot drink around Christmas time and you’re almost guaranteed to be able to find, and procure, one of these. Mince Pies! No, that’s using mincemeat, not real meat. Remember? I posted about it just the other day! Pretty much an English staple during the festive season, it’s basically a shortcrust pastry shell, containing a big spoonful of wonderful spiced fruit. Baked until golden and dusted with snowy icing sugar, few things can be so simple, and yet so good. It’s incredible how people manage to mess these up so badly – There’s always some TV chef deciding that these are “tired” and need reinventing so they do all manner of revolting things to the poor pies. I say: keep the mince pie as it is! Why mess with perfection?

I’ve blogged about these before, last year in fact, right here, but felt these deserved a second outing, especially since I had my own mincemeat to put to use! Hope you have a chance to try some and enjoy! See you all tomorrow 🙂 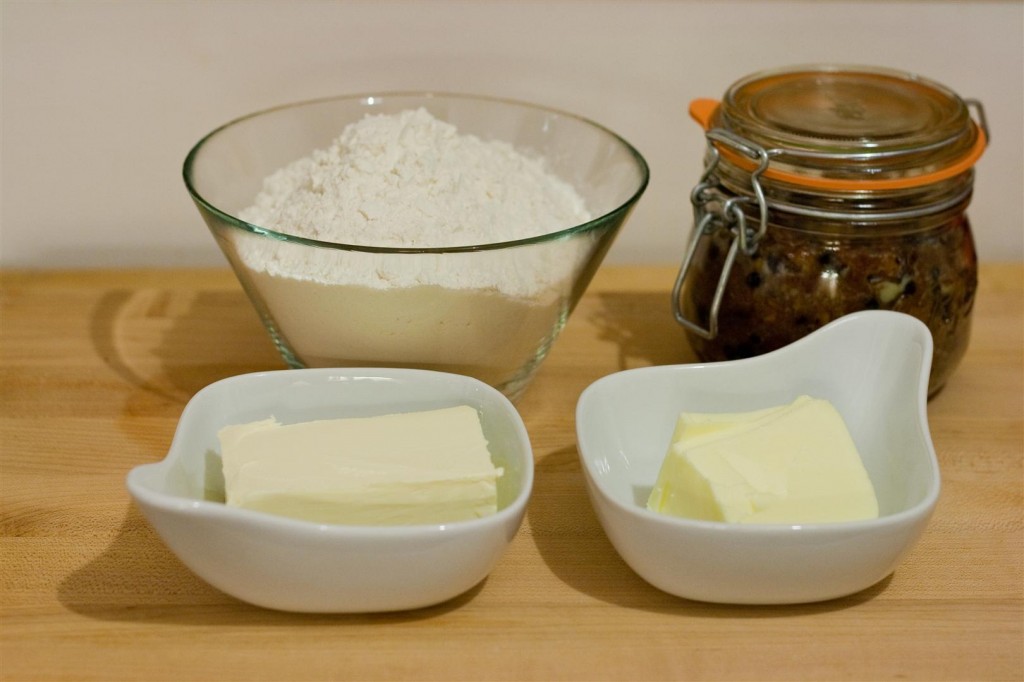