We’ve finally nailed down the details of a little trip we’re going to take in the middle of March, and where, might you wonder will we be going? Ah – nowhere too far afield. England is the destination  – I figured it’s high time I took William over there and proudly showed him off to my extended family so we’ll be driving up to Le Havre and catching the interminably long ferry (seriously – it takes like four hours!!!), berthing at Portsmouth and then driving back to my parents’ town (and trying to navigate the funky roads where everyone drives on the “wrong side”. It’s not so bad – we’ve made the trip once before – and then we’ll have about two weeks of Englishness!

It’s a curious feeling – returning “home”. Although I’ve only lived in England for two out of the past twelve years everything always seems so familiar. The stores, the park – even the forest and fields below my parents’ home never seem to change. No doubt my parents will be delighted to see William again and we will certainly benefit from the free babysitting opportunities to go out to a village pub, have a relaxed dinner, followed by a de-stressing (and I hasten to add, not “distressing”) walk around a lake nearby. Naturally photos will be taken and subsequently posted here once I’m back so I hope you’ll look forward to seeing a little corner of my life in England.

Since we’ll be going by car as well that gives us (well – let’s be honest… me, mainly) all sorts of ideas about what I can pack into the car to bring back to France. Crackers, bread, cheese (oh, cheese!), vast quantities of Marmite, pasties, sausage rolls… and plenty of chips (sorry, I should say “crisps”) in salt and vinegar, and prawn cocktail flavour! It seems that only the Brits have a penchant for these flavours – the French don’t know what they’re missing out on! :). Yeah – I’ll be coming back with… junk food basically, but oh so delicious junk food! Reading this you might have said “hang on just a minute – bread… cheese…? Back to France? Has he lost his mind?”. Maybe – but I’m afraid to say that a good English farmhouse loaf, or maybe some granary bread, and a chunk of good, strong Cheddar cheese, or maybe some Wensleydale, just can’t be beaten!

I’ll also be on a mission to find apples. The apples of my dreams which have eluded me for oh too long. I’ve never seen them in France and I just hope that they’re available at this time of year. If I can get some then Sissi – expect a package of apples in the mail! I believe we’ve spoken about these apples before and I’m very eager for you to try them! 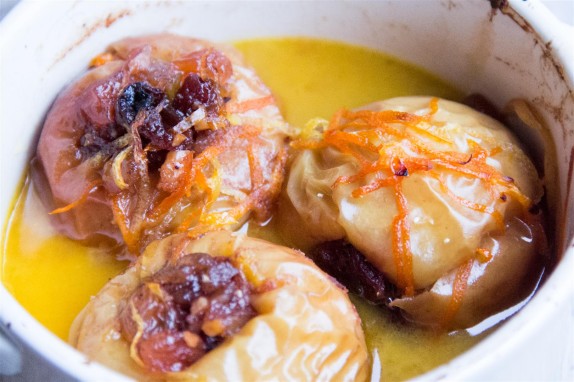 Anyway – speaking about apples ties me in with today’s recipe rather nicely. I made a load of mincemeat for Christmas and greatly enjoyed the resulting mince pies. Still, though – there was plenty left… more than a full jar… after the Christmas season and it just seems weird to make mince pies in January or February. My wife suggested making baked apples, but stuffed with mincemeat instead and so I figured I’d give them a shot. They’re absolutely delicious and I really recommend them. If you don’t have mincemeat then you can hack it – stuff in raisins, butter, sugar and some cinnamon and you’ll be all good, although it won’t be quite the same.

The recipe is super cheap and easy to make and can scale up to feed any number of hungry mouths. Obviously, big apples are better; mine were quite small, but nevertheless very good. Best served with a dollop of whipped cream, this is a really great, warming dessert which isn’t too heavy after a large meal! Hope you get a chance to try it, and I’ll be back soon along with some photos I recently took! 🙂 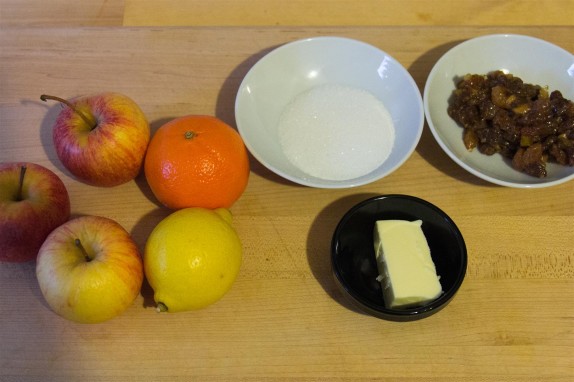