Adapted from a recipe at Delia Online – Home-made Christmas Mincemeat

[dropcap style=”font-size: 60px; color: #0B0B61;”]If you’re English, you’ll know all about the joys of mincemeat – well, a lot of people seem to detest the stuff, but I’ve always been a huge fan. The name mincemeat for many non-Brits conjures up an image of this, and indeed, I’ve heard stories of people who’ve bought our delicious Christmas delicacies, Mince Pies, taken a bite, expecting meat inside, only to get a mouthful of… “fruit?”. Well, despite the odd name, let me reassure you that this stuff is actually delicious. The idea of adding suet to a dish may be a bit off-putting for some, but in vegetarian-friendly countries (of which France is not one, alas) you can often buy shredded vegetarian suet, made from vegetable oil. If you cannot buy shredded suet at all, then you can make it yourself very easily. Simply buy a lump of beef or mutton fat from around the loins or kidneys of the animal and then grate it, like you would cheese. Commercially, it’s usually tossed in flour which makes it more stable and have a longer shelf-life.

Not convinced by this? Well – wait until you see how it looks before you judge too harshly! In a nut-shell, mincemeat is a whole load of dried fruit, mixed with sugar, brandy, nuts and spices and we use it to, mainly, fill pies with. Traditional ingredients in mincemeat are raisins and sultanas, currants, almonds, apple, candied citrus peel, ground ginger, nutmeg, cinnamon and cloves, but the great thing with this is that you can always modify it to suit your tastes. Add some dried apricots, cherries, walnuts, plums – whatever you like. Once you’ve made this then you have no excuse to not immediately start churning out a huge batch of delicious mince pies. The yield of this recipe will mean you have enough for almost 100 shallow mince pies, or about 70 deep-filled ones, depending on how you make them. 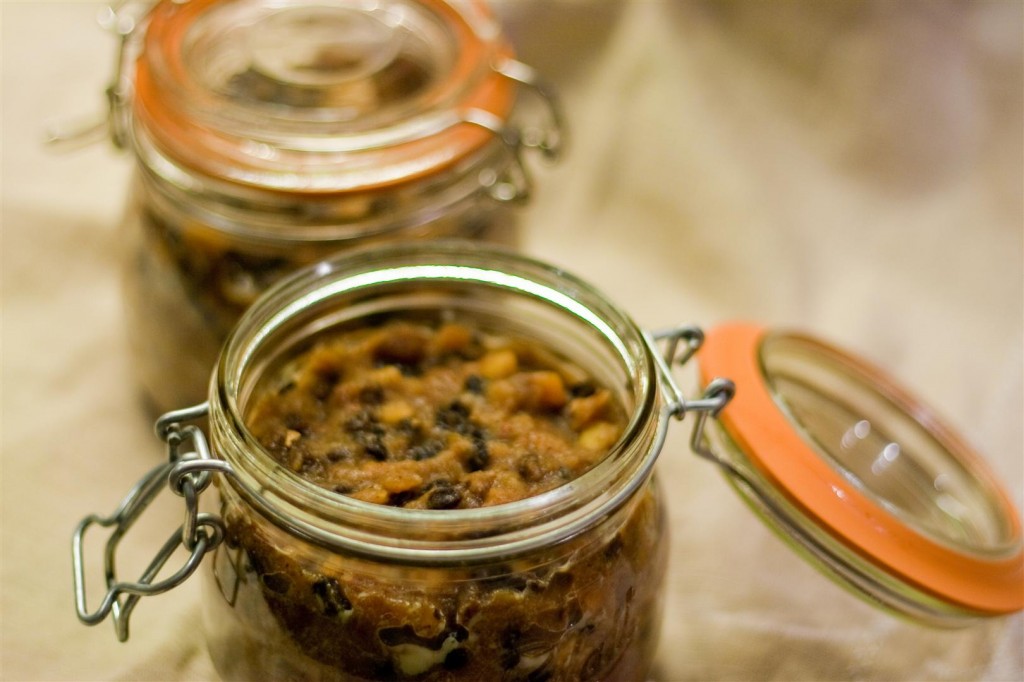 I’ve made a post last Christmas on mince pies. The pastry recipe is my mother’s and while everyone has their own favourite shortcrust recipe, this is the one which always makes me think of home, thus for me it’s the perfect accompaniment for your mince pie. I will be making another post on Mince Pies – not really a “redux” because they’re going to be exactly the same, pretty much – but I’ll be in on vacation at the time of posting so hopefully I can provide you with a few photos along with the post! Anyway, on to the recipe, and have a great day everyone!