So what do you do when you’ve promised someone a Black Forest cake but can’t seem to find sour cherries anywhere? I knew I would eventually encounter things which weren’t widely available up here in Sweden, though I didn’t think this would be it. I think we checked in two or three stores and there wasn’t a can, jar, or pack of cherries in sight. None frozen, none in syrup, definitely no fresh ones at this time of year… yikes. Well, there goes that idea for a cake. Time to get creative.

I could have taken the easy way out. It was my wife’s aunt’s birthday and the cake was destined for her. Being Swedish she seemed to have something else entirely in mind when I mentioned a Black Forest cake. Some funky mixture of meringue, cream, and chocolate. That is apparently a “Schwarzwaldtårta” in Sweden. Sorry Swedes, but no. You need the cherries, you need the chocolate cake. I’m sure your “thing” is perfectly nice but if someone told me they were giving me a Black Forest cake and I got a chunk of meringue and no cherries to be seen I’d be bitterly disappointed.

No, I wanted to use some fruit so opted for blueberries in the end. Not really seasonal but hey-ho, such is life. Since it’s not a “Black Forest” cake anymore I decided to name it after Muddus national park in Sweden, a bit further north from where I am. Apparently one of the things this park is famed for is its berries, so since this is a blueberry cake I thought my naming seemed apt. 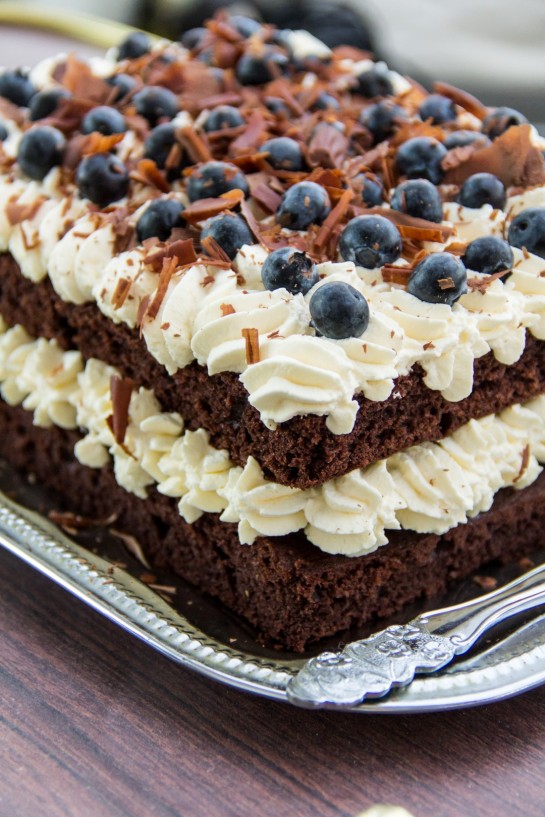 I didn’t want to make it too complicated – a chocolate sponge cake, a bit of chocolate ganâche and blueberries in the middle, top the whole thing with whipped cream, a few more blueberries and some shaved chocolate and voilà, the whole thing should be finished in about an hour, give or take. It almost ended in disaster though, and who can I thank for that? Why, only my son of course!

I baked the cake, all was going swimmingly, and I took out the cake from the oven. After allowing it to cool for a few minutes I turned it out onto a rack to finish cooling before carving it up. I’d just removed all the baking paper from around the cake and I turned around for literally 10 seconds to put the paper in the trash. In that time my stealthy son managed to glide past me, head straight for the cake, break off the corner and stuff it into his mouth! I turned around to see him grinning at me, showering crumbs everywhere, his mouth crammed with stolen cake, and he was already reaching for more! 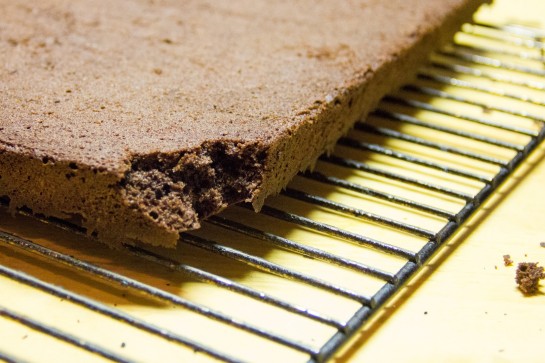 In the end, I trimmed off all the sides to lessen the impact of the missing corner and for the final cosmetic touches? Well, whipped cream to the rescue of course! 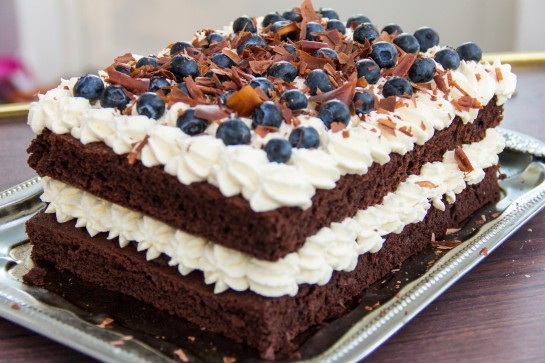 Lesson learned. Don’t leave tasty things within the reach of curious little toddlers and then turn around and expect them to “look but not touch”. Thankfully it turned out well in the end and was much appreciated by the whole family. Something to adapt a bit for a New Year’s dinner dessert perhaps?! 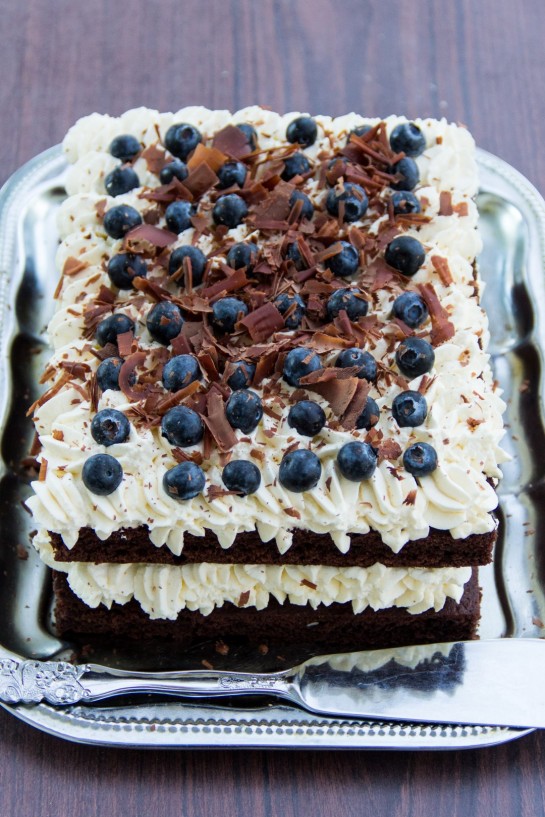 Have a great week everyone. I’ll be back soon with something new, but in the meantime enjoy the Muddus cake.

A rich, chocolatey cake, loaded with blueberries and whipped cream, inspired by the famous Black Forest cake, named after a Swedish national park, famed for its berries.

For the cake225g Butter, softened
For the ganâche150g good Plain Chocolate
For the topping500ml Whipping Cream
You'll also needA little butter for greasing the tin