You are here: Home / Cost / My kräftskiva, with… shrimp?

What’s a kräftskiva, you may be wondering? Well, a kräftskiva is a traditional Swedish crayfish party – and something to be looked forward to in the calendar if you live in Sweden. Crayfish (or crawfish as some people know them) are cooked in a water solution made of dill, salt, and sugar, and served cold along with, usually, a buffet of cheese and bread, and various other little tasty bites. Everyone sits around cracking shells, sucking out juices and dining on the delicious flesh. Such parties tend to be held during the month of August, which coincides perfectly with my wife’s birthday, and so since a very young age her special birthday meal has often been crayfish – a tradition which I’m more than happy to continue through adulthood, and hey – since my son was also born in August… well, maybe we’ll be able to enjoy two kräftskivor!

What does one do then when you don’t live in Sweden and can’t seem to find a supplier of crayfish anywhere? Even IKEA has now let me down – once the bastion of all things Swedish, and a wonderful source of traditional Christmas hams, crayfish and the like, the food store stocks have now been completely replaced by IKEA’s own brand of products which I find not only significantly lower in quality, but they also seem to not stock crayfish (or Christmas hams!) anymore. Disaster, right? Well, desperate times call for desperate measures, and I was determined to  actually have a crayfish party – it was my wife’s birthday after all! 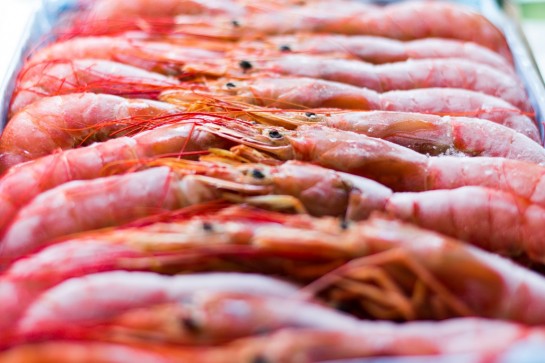 After spotting a box of large, frozen, raw shrimp in the store I decided to substitute them for crayfish, and cook them in the same way as one would normally prepare crayfish. It wasn’t until I arrived home that I realised the box I’d bought was rather on the huge side. Sixty large shrimp for a “party” of two – whoops. Still – you can never have too much shrimp, right? Cooked up with dill, salt, and sugar, the final result was not at all dissimilar in flavour to traditionally cooked crayfish. Naturally you didn’t have the delicious legs to break open and enjoy but the meat itself was a worthy substitute. 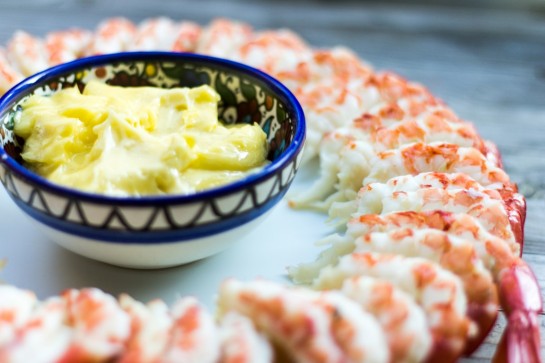 I made some aioli to go with the meal and ate it all with toasted bread and cheese. A successful aioli it was too – I tried the blender method which really did not succeed at all (that’s the second failed mayonnaise I’ve had with the blender now), so then I got traditional and did it the manual, time-consuming way. The result was a luscious, thick, smooth aioli – so thick in fact that I had to loosen it on more than one occasion with some warm water. It feels good to know I’ve cracked mayonnaise and aioli now though, and actually I should probably post that sometime, even though it is such an easy recipe. 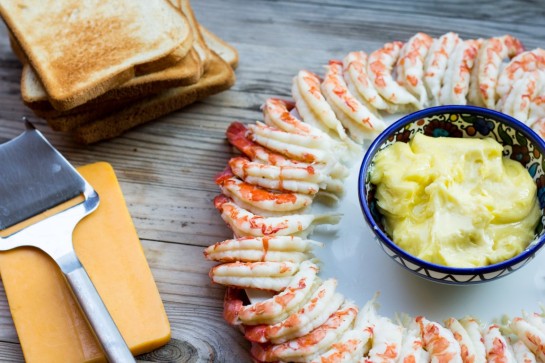 So, the next time you find yourself somewhere where they don’t have crayfish, and you’re really hankering for a kräftskiva, try shrimp! At the very least, it’s better than nothing!

In other news, I’m trying out a slightly different format for my recipes – a plugin which makes them a bit more Google-friendly and easier to print and organise. Do let me know what you think – if I like it enough maybe I’ll spend some time one day going through all my older recipes and convert them to this format. 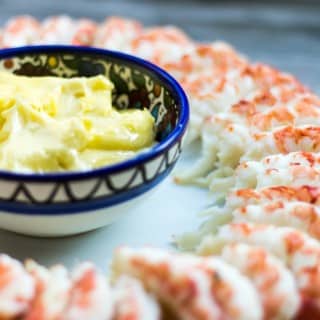 All the flavour of traditionally cooked Swedish crayfish - this is perfect when you can't get the real deal. Choose the largest, raw shrimp that you can find.
Print Recipe Pin Recipe

Don't forget - if you can get your hands on actual crayfish then that's even better! Cook them in the same way as the shrimps for the original, traditional meal.