I heard recently that, apparently, cupcakes are “out”. Macarons are the new big thing apparently, unless I missed the memo and those fickle cake eaters of the world have since moved on to something else again. What I want to know is who’s deciding this… and why? (or rather how?) – what makes something which is perfectly delicious suddenly become so reviled and “oh my God, so last year!”? It’s a conspiracy I tell you. Celebrity chefs and food critics, in the pockets of whichever bakery or restaurant happens to be waving a cheque at that moment and boom – all of a sudden their dessert is riding the wave of global popularity.

Well screw that I say. I like cupcakes (though I also like macarons). They’re little sweet mouthfuls of heaven, with, hopefully, a delicious frosting on top. There is nothing about these things not to like. I’m not going to let some clown dictate to me what I should and should not eat, based on some silly trend. For the record, I also like prawn cocktail, and I don’t give a hoot if my dinner table might look like some 1980s throwback festival when I eat it!

It’s a great shame; businesses wither and die every year. Businesses which might be owned by some incredibly talented people, and why? Because their “crime” was to specialise in cupcakes instead of macarons? Of course, it’s a volatile market – I don’t think I’d have the courage to establish a business selling one thing, and one thing only. There’s a place in the mall near my place which sells mini cupcakes. They’re pretty good too (the creamcheese frosted ones at least. The “butter”-cream ones taste like the frosting is made with cheap margarine) but I notice that even they have branched out into sandwiches and cheesecake since opening so as to diversify a little.

In any event, in case it’s not apparent, I was moved to make some miniature cupcakes myself. I got online and ordered some mini cupcake cases (they got terrible reviews but I can’t imagine why – they’re great!) and once they arrived I set to work. I wasn’t really sure what flavour to make, and since variety is the spice of life I went for three different types. Besides – who wants 50 identically flavoured cupcakes?! 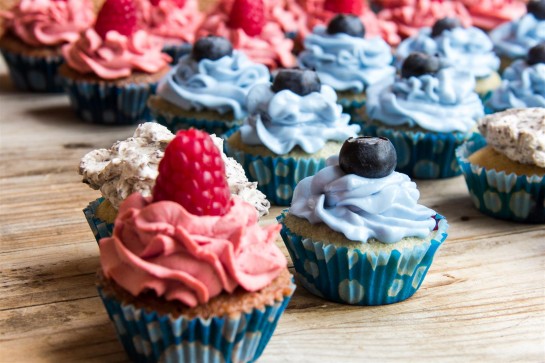 In the end, raspberry, blueberry, and mint-choc-chip were the flavours of the day. I had brought back some food colouring and peppermint essence from England was eager to give them a try. The food colouring was, according to the bottles, “all natural”. Apparently this means it’s rubbish and doesn’t really work because despite using almost half a bottle between the cake batter and the icing I never really achieved the colours I was hoping for. Deep blues, rich reds, and minty greens. Oh well. It was enough that the colours were slightly different, but there’s a lesson for you: if you want rich colours you’ll probably need to reach for that bottle of something-sulphate or E-something-something. Vegetable and spice-based colourings don’t really, ahem, “cut the mustard”.

I hope you all have a good weekend everyone. I’ll be back in a few days with something new, and since someone asked for it in a previous comment, here’s a picture of my happy little guy! 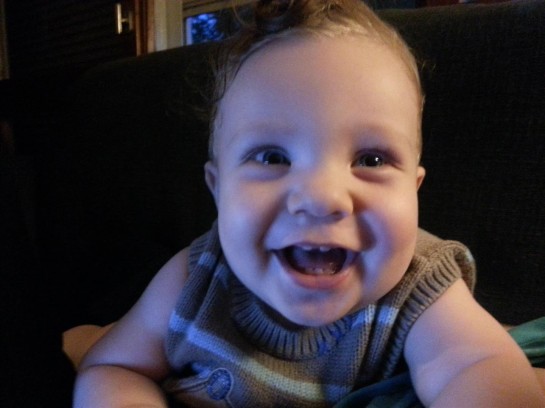 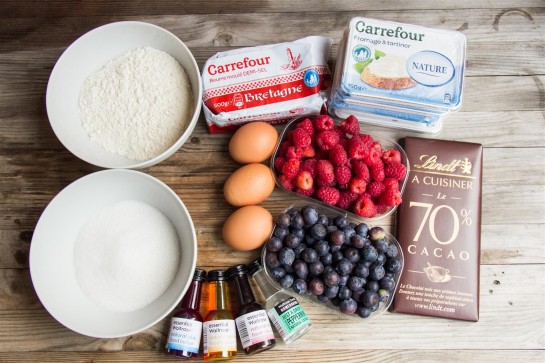