You are here: Home / Adventures / Old recipes revisited and some vacation photos

Greetings folks, I wanted to share with you a few photos and tales from my trip to England today. I’ve been having a wonderful time here. The amount of food I’ve been eating has been… ahem… quite scary and I’m not looking forward to stepping on the scales once I return to France. I should tell you all about my journey here though at the beginning of the vacation, because hey, a problem shared is a problem halved, right?

The day before I left I took the car in to the garage to have it checked out, only to be told that the clutch was almost dead. Yikes – not what I want to have to worry about when I’m making a 1600 kilometre round-trip. In the end I decided to rent a car. An expense we could have easily done without, but such is life. All well and good, we arrive in one piece (and the rental is a real joy to drive) except what do I notice when I’m stepping out of the car in England? Yup – a giant nail stuck in the tyre. Maybe I ran over it… maybe it had been there all along since France. Regardless, it had to be fixed (since the tyre went flat once I pulled the nail out), so I had to go and pay for a new one. Let’s hope the return journey is uneventful and easy!

As I’ll be sharing some photos today I thought it the ideal opportunity to share an old recipe of mine which I’m rather proud of myself but sadly, as is often the case with blogs, if you post something in the “early days”, well before you’ve really met anyone online you’ll have a load of recipes which go unnoticed and unloved. I’ve got a heap of those and I hope to breathe a bit of life into them slowly but surely. I’m going to work through my old posts, improve the photography and the layout and make them something worth seeing. After all – who says blogs have to be a linear thing… especially food blogs!

Today I’m going for something simple – my potato salad. I know – everyone has a potato salad recipe, but mine’s better! Well – I like to think so, and people do seem to love it so, for me, this is the ideal salad. Naturally, I’m always open to other suggestions. If you have a recipe you think I should try, shoot it my way! Anyway, check it out and do let me know what you think! 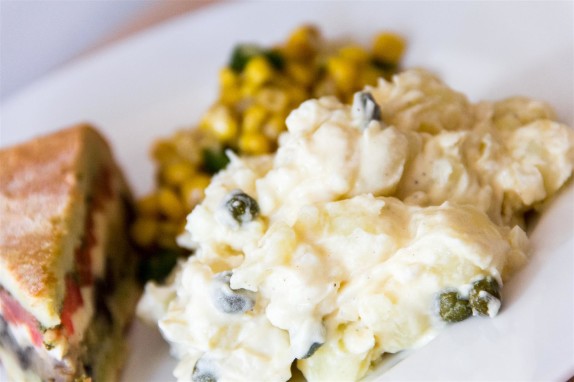 For today’s photos I’ll be sharing a trip with you to a little town called Imber. This rather sweet little place was once, no doubt, a hive of activity. Bakeries, schools, farms, children playing, adults going about their daily lives. And then the second world war came along, and so did the British Army, and they decided that Imber was rather a good location for army training, so the poor residents were effectively kicked out. There was the promise that they could return once the war was over but sadly this promise was broken. The town was never returned to the inhabitants and for most of the year it’s not even possible to visit this place, since it’s in the middle of the army’s training range. For a few days though each year Imber is open to the public once more – including the church in the town (as you may have guessed, if you have relatives buried at this church you have but a small window each year to go and pay your respects at their grave). It just so happened that Imber is open during the Easter weekend and I was determined to profit from this opportunity! 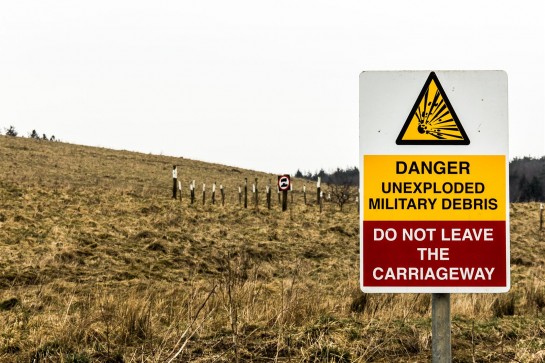 A short drive away from my parents’ home-town you have to first pass through some rather desolate landscape, which often looks like something out of the War of the Worlds. The silence at this point is striking. These days it is difficult to go somewhere where you really cannot hear anything. There always seems to be the sound of cars, planes, gardening tools or “something”, somewhere. Here there is nothing but the sound of birds, and you would be forgiven for thinking that some terrible disaster had struck the earth and you were the only people left. 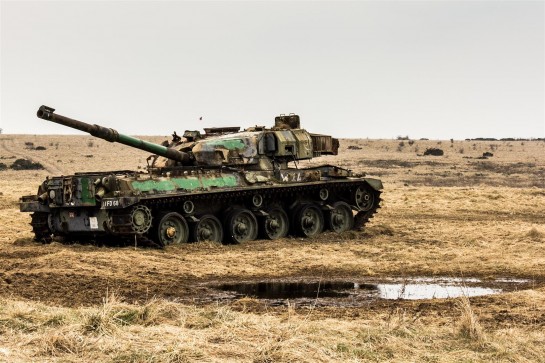 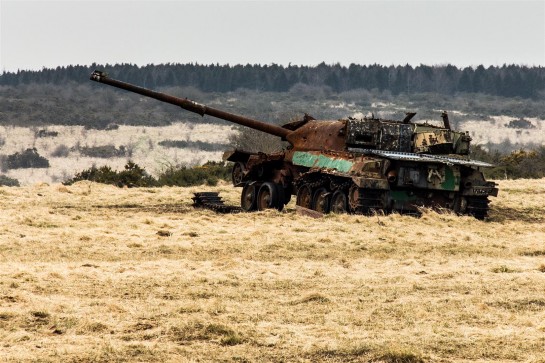 Finally, you arrive at Imber. As you can see from the map, it really is quite isolated. Very few of the original buildings still remain, although there are one or two whose exterior structures have survived, although many modifications have been made to the doors, windows and internal structures to make them safer for the army during training, as well as having a newer roof put on. 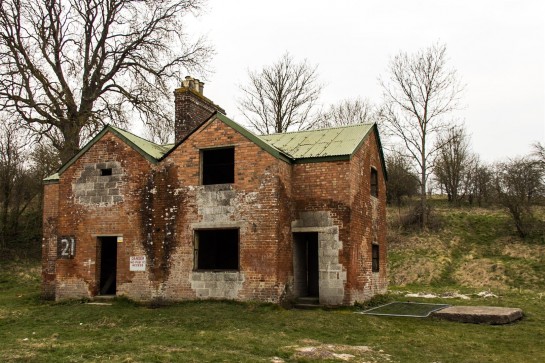 The interiors of the buildings are usually a treasure trove of vile-looking ration packs and spent ammunition casings (blanks I should hope), although this isn’t so common these days as Imber apparently isn’t used so often in favour of another purpose-built village some miles away. 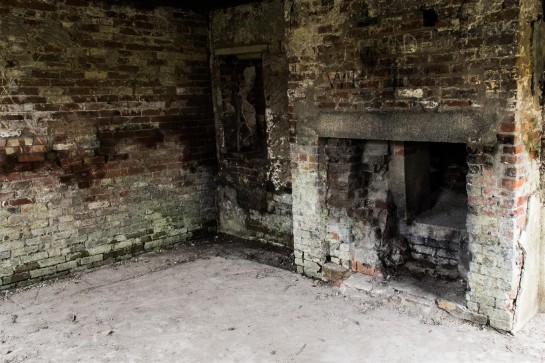 Up on the hill, overlooking the town is the church of St. Giles. Fenced off, this isn’t even normally accessible by the military, and an arrangement is in place whereby the ministry of defence will help pay towards the upkeep of the church. Judging by the state of it inside they evidently pay very little, but at least it’s not falling down. As I mentioned above, the few public holidays per year are the one chance relatives have to visit the graves of family buried here. 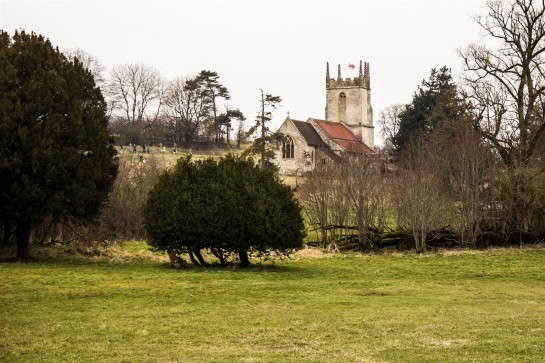 The large expanse of grass in the foreground of the photo above used to be an orchard back during the war era. Some apple trees do still exist, but those, much like the town  in general are mostly lost in time.

I hope you enjoyed having a little look around the town with me – I’ll be back in a few days with a recipe and also the winner of the little contest I ran last month (sorry it’s so late!). Have a good day everyone :).