Joy of joys, this post’s all about beets! Can you remember my post some months ago where I wrote about some seeds I’d planted? Well, I’m pleased to report that they’ve been growing well and I picked my first harvest of beetroots this past weekend. I don’t often have wonderful luck with seeds and as a result usually buy pre-grown baby seedlings from the garden centre. It’s not the nurturing and nourishing I find hard, it’s getting the tiny little itty-bitty seeds to germinate. This time though, they all sprouted up (all except one pot, bizarrely)! They’re small, but for me that’s not a problem. Since I’ve discovered that I can buy them raw from the local farm I’d even say that the beets themselves aren’t even the star of the show. The thing that makes me happiest about my balcony produce is actually the greens, since that is something that I see even more rarely than the beets themselves. Check back next time for a recipe using the greens but for today we’ll be using beets.

Now, balcony growing isn’t always conducive to good results with fruit and vegetable growing. Limited space means you often have to try and grow things intensively, cramming many seedlings into a pot because let’s face it – while it would be ideal growing conditions, having a huge deep pot, with a mountain of earth for just one beetroot plant, isn’t really an economical use of space and resources. The beets I have grown this year are pretty small – they’d actually be perfect for a tarte tatin which I think I might look into this week. As a result, I won’t be using the little home-grown tiddlers in today’s recipe, opting instead for the rather more meaty, full-sized versions!

I’m going to making a beetroot dip which I first got inspiration for from Michelle and Rachel over at Adventures in Growing. Sadly (for me) they don’t update the blog as regularly as they used to. If you’re not familiar with their site it’s well worth a visit. In amongst some fantastic photos of Australia as I’ve never seen it before, you can read all about their adventures and how they threw in the towel on their 9-5 life and went to, quite literally, live off the land. Anyway, the first time I saw the dip I knew that as soon as I got hold of some raw beets, I would have to give it a try!

Before we get into that though… some beetroot greens, fresh from my balcony: 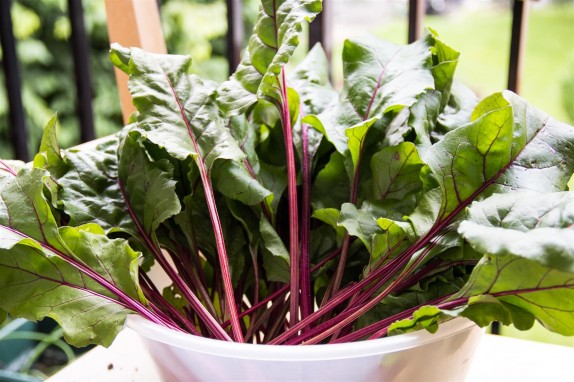 One of my favourite things ever to do with beetroot greens is just to stir-fry them with lemon and some chilli-flakes, as I wrote about once here so I was sure to have some of those right away to satisfy those cravings. The rest though I saved for a wonderfully tasty dish which I’ll be sharing with you in my next post. “Oh boy oh boy”, I can hear all the beetroot haters say – I bet you’re so tremendously excited! 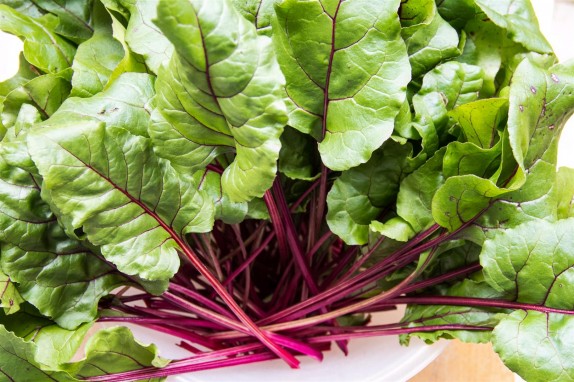 I’ll be off tomorrow to take some photos in the evening. Hopefully I’ll have something worthy of sharing with you soon. On Saturday it’s Bastille Day in France as well which will mean the country’s going to grind to a halt for the day, though at least there’s the chance to see some rather fine fireworks displays

Have a great day everyone! 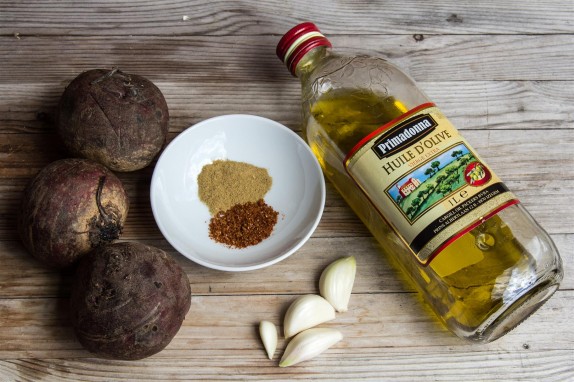