I’ve been thinking about what other English dishes I could make and while I had a few ideas, the weather has suddenly got rather warm and I’ve gotta say, I’m not so keen about the idea of slaving over a hot stove when the sun is shining brightly outside and just begging me to sit down and relax on the balcony. Rain is forecast for Sunday so maybe I’ll feel cool enough to cook something slightly more involved!

In the meantime, I was discussing what I could possibly cook next with my mother and she reminded me of this wonderful cake – which is incidentally one of my father’s favourites. So, have you heard of seed cake? Let’s look it up:

Seed cake can also refer to a byproduct of making pressed oil from seeds. When oil is pressed the remaining solids are pressed into cakes. Seed cakes are primarily used as food for livestock. The seed cake of the moringa can be used as a flocculant in water treatment.

…Ehm, ok, that’s not it. Despite what the title might imply, this isn’t a cake filled with random seeds and grains either. The seeds are actually caraway seeds, and if we add that word into the equation and try looking it up again, we now get this:

Seed cake is a traditional British cake flavoured with caraway seeds. Caraway seeds have been long used in British cookery, and at one time caraway-seed biscuits were prepared to mark the end of the sowing of the spring wheat. These particular biscuits later evolved into this distinctively flavoured tea cake.

Ah – that’s a bit better :D. The recipe is really easy – you can actually use any good sponge or pound cake recipe, and just sling in the caraway seeds. The caraway seeds are heated in the oven which causes a fantastic aroma to be released through the cake, which makes it the perfect accompaniment for a nice cup of tea – how British! Enjoy the cake everyone and have a great remainder of the week! 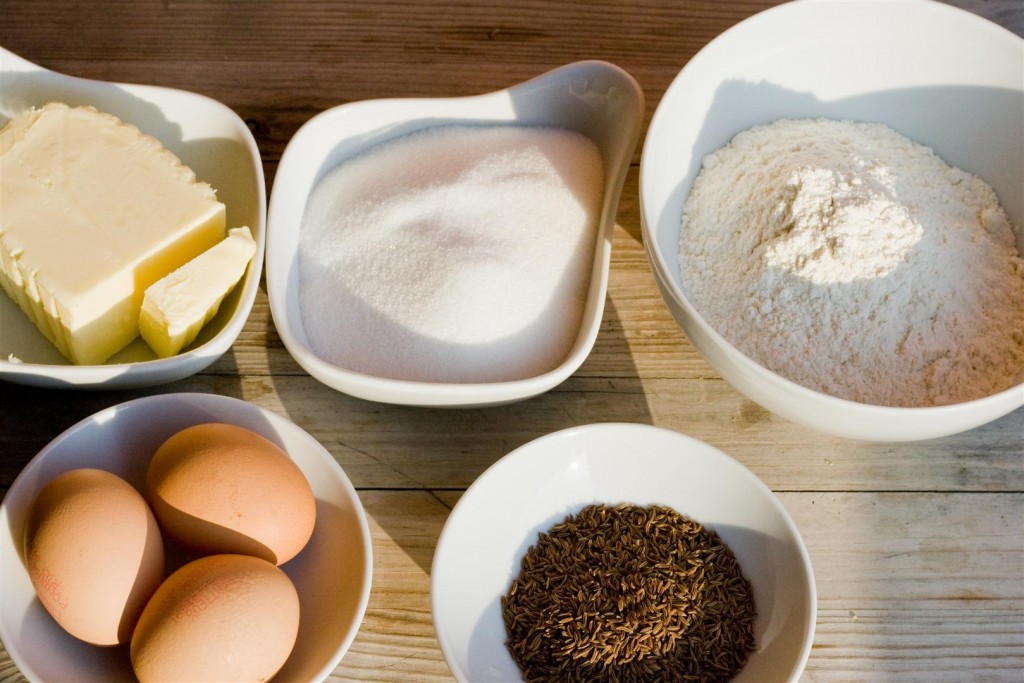