You are here: Home / Adventures / The Abbey of Port-Royal-des-Champs and a Book Review: Ratio

Phew, it’s been hot. I’m not complaining though; it’s nice to have summer weather. I think I mentioned in my last post that we were currently in the throes of tidying up the apartmen, room by room. A summer cleaning if you will. Well, yesterday saw us move on to the kitchen. That was… an eye-opener. I now have the immense satisfaction of saying that every single drawer, every single cupboard, and every single shelf is clean, tidy, and organised. That’s not to say that it was in terrible shape before. but you know how it is. Over time, you accumulate “stuff”. Maybe you look in your badly organised cupboard and think you’re out of flour, so you go off and buy two more bags, only to later discover you actually had 3 bags already, hiding in the back, behind a load of tins, or maybe you notice that your favourite coffee cup has developed a hairline crack which causes coffee to seep out, just a tiny bit when full, but you think “hey, this is my favourite cup, I’ll just put it in the cupboard”. As you can see – “stuff” has a tendency to accumulate.

After much tidying, and four enormous trash bags later, I can now say that the kitchen is “done”. Next up is the hallway, with the large floor-to-ceiling cupboards, but that is a job for another day. This post has no recipe today – it’s been one month since my last book review so I thought it’s high time for another, but I’ll get to that in just a moment. As this post is by default a bit shy of photos I thought instead I’d share some photos from a trip I made last night (this was after I’d managed to detach my fingertip from my palm, from where I’d managed to superglue it during a bit of “home repair”). 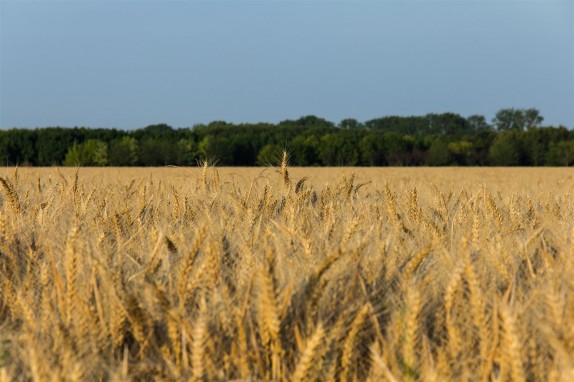 You know what I love? Fields of wheat. There’s something soothing and peaceful about an enormous field of wheat, and when the wind is blowing they have an almost supernatural quality, with the ears blowing this way and that like some enormous woven blanket, flapping up and down. Sadly, the wind was not blowing. My plans of taking a video of the field in a summer’s breeze, and capturing some clouds scudding across the sky were foiled; Not a cloud was to be seen in the sun-kissed evening sky, and not a single gust of wind could be felt.

I’d been wanting to revisit this place – a local abbey, Port-Royal-des-Champs – for some time. The original abbey housed an order of Cistercian nuns, and was first established in 1204. Definitely worth a visit if you fancy a bit of escapism and relaxation. The area is surrounded by farmland and parking up and enjoying a picnic there or just soaking up the quiet solitude is like stepping back in time. 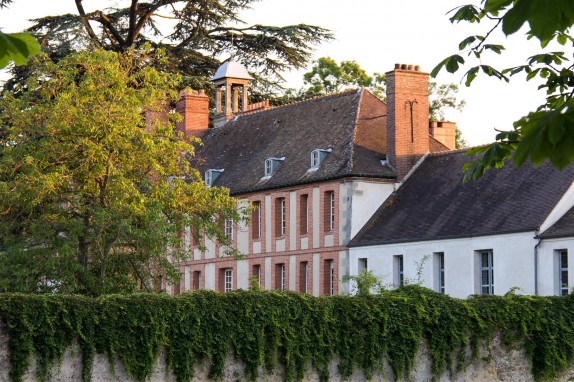 In case you’re thinking “hang on, that building above doesn’t look like it dates from 1204!” it’s because, sadly, the original abbey was destroyed – I should love to know how it would look today. There is a museum near the site of the ruins, seen above. I still haven’t got around to visiting the this part itself, but from what I’ve seen they have wonderful gardens which will no doubt yield another batch of photos from that trip one day. There is a house connected to this. I’m not sure who lives there… maybe the curator of the museum – in any case someone extremely rich, or extremely lucky, or both. While there I could see the family sitting on the grass in their garden enjoying the summer evening. Me, jealous? Never! 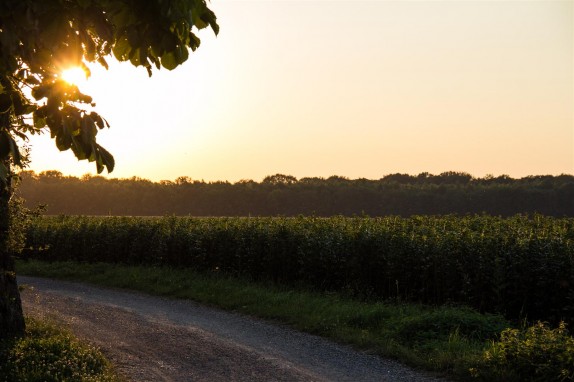 I had wanted to take a video of the sun setting… one of these long ones with about sixty minutes of video all speeded up to fit into about one minute, but of course, I had underestimated just how darn long the sun takes to set in the peak of summer. In the end I got about 30 minutes of video where the sun moved about a millimetre across the sky. Hardly the next box-office hit! The picnic consumed, we had to start heading back for I had things to prepare for my next dish, which I’ll post on Monday (hopefully… it’s so darn hot these days… right now, I’m lying on my couch trying hard not to overheat and sometimes writing is the last thing on my mind!). Take care everyone – enjoy my review!

I thought I’d write about this book today because once again, like the last review, it’s not strictly a recipe book. I’ve never written a review of a recipe book before… I wouldn’t really know what to write right now, so I’m easing into that hobby gently. This is another book that seeks to arm you with knowledge. Important knowledge. No, scratch all that – some of the most important knowledge you could possibly learn. For those of you who bake, you’ll know that baking is a science. You cannot be nearly so blasé with a pound cake recipe as you can with a tomato sauce for example. The fact is, if you add fifteen tomatoes and a jar of olives, instead of ten tomatoes and a “handful” of olives to a sauce… what’s the worst that’s going to happen? Not a great deal, right? You’ll still have a sauce, it’ll still be delicious (assuming you’re an olive fan), no problem. Baking though… that’s a whole different kettle of fish.

While many baking and pastry or dough-based recipes can be modified a great deal, you always have to start with the “base”. As long as you have the core recipe right you’re usually assured that you’ll end up with something halfway edible at the end. Mess with the basic recipe though and… well, for those who have thrown caution to the wind and changed a little bit here, a little bit there, or “hey, maybe I don’t actually need to measure this out, I’ll just guess it”… if you’ve done this enough you’ll no doubt know that you don’t quite end up with a success every time!

You can probably see where I’m going, right? With a name like “Ratio”, the book by now should be fairly self explanatory. The author, Michael Ruhlman presents to us a guide to many, many common and not so common recipes but as I’ve mentioned – this isn’t just a recipe book. This isn’t a book about how to make the dish… this is a dish about the components. Five parts of this and three parts of this, or two parts of this and one part of that. Master these measurements and you’ll never have a problem whipping up perfect pasta, pancakes, bread or cakes. It’s not just baked goods and doughs that are covered though – there are sections on sauces, meats, even vinaigrettes. Every chapter begins with the core ratios. Sure, no-ones forcing you to adhere to them, but they’re a great starting point on which to build. Ruhlman then follows up with some suggestions in the way of recipes as you progress into the chapter, you know – just in case you’re still stumped for inspiration.

My one bugbear is that Ruhlman’s sample recipes haven’t been converted for the European market; as a result they’re all in ounces and cups. Volumetric measurements, for me, make little sense, but I have to be honest – it’s not the recipes that interested me about the book, but the wonderful ratios, useful in so many situations. Take for instance the wonderful “1-2-3” basic cookie ratio: 1 part sugar, 2 parts fat, 3 parts flour. Learn that, remember that, and you can create a million types of cookie. Besides, if you’ve grown up using cups then all this wouldn’t bother you at all.

Like the last book I reviewed, this is great for both novices, getting started in the kitchen, and experienced enthusiasts alike. After all, you can never know too much, right?

“Ratio“, by Michael Ruhlman is available from all good bookstores and Amazon.