A couple of months ago I received the delightful news that a fellow food blogger would be coming to Paris and round these parts that’s always very welcome. I’m not at all active in the French blogosphere, and while there are one or two people nearby to me (and by nearby I mean at least one country away) I don’t really get to meet many of the lovely people who stop by here to say hello. I had the opportunity to meet Eva last year during her vacation in Paris, but since that time I’ve had to make do with jealously reading about all the meet-ups everyone else seems to be having on the other side of the pond.

Yes, finally another person would be nearby and another opportunity to meet up, eat food and generally shoot the breeze. My visitor was, of course, the lovely Shu Han from Mummy, I can cook. I asked if she would like to come to my place and have dinner with my wife and I and thus the plan was set – I just needed to think of what I could cook. I’ve never made food for another food blogger before. I felt rather nervous because I, perhaps wrongly, think that if someone cares enough to write about and make food as a hobby of theirs, then perhaps that means they will be more critical – hopefully the dishes I chose in the end were enjoyed!

I already have time management issues in the kitchen. For example, if I’m cooking something which uses rice, I will make everything else, and then cook the rice at the very last moment – I don’t like the thought of forcing myself into a schedule of cooking simultaneously with the rice and having to “get things done” in that time. I prefer to work in my own time, and so dinner might have been a little late, but luckily I could recruit a sous-chef for the evening! 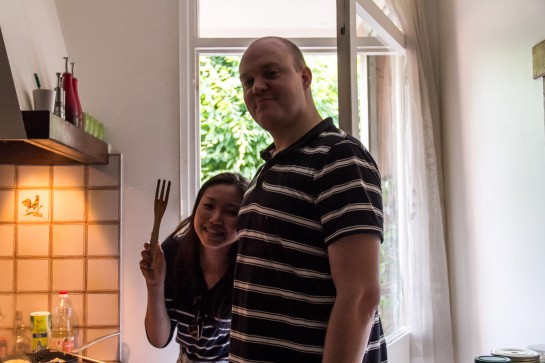 On the menu was Tunisian Fricassée – one of my favourite meals (I even wanted to serve it at our wedding but my wife vetoed that, and probably rightly so, since it’s rather messy to eat!). Its base is an oblong bread roll, which is deep-fried, instead of baked. The roll is split open and then stuffed with a number of different things. 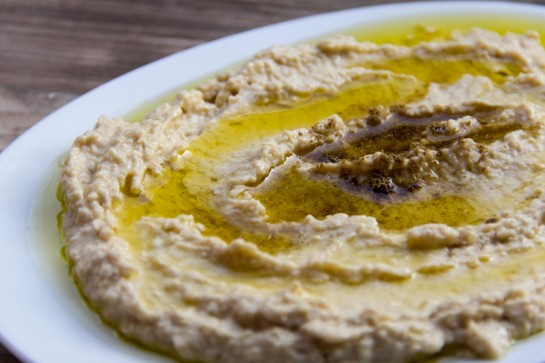 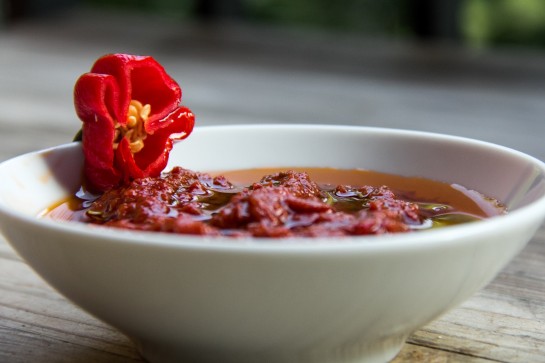 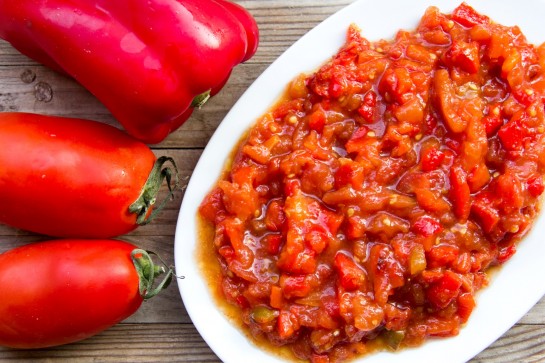 … not to mention some lamb, olives, pickled vegetables, boiled eggs, tuna… totally awesome stuff! I also served it up with some brik and damn was I full at the end.

Naturally, I was delighted that I made the dishes you see above again because it gave me a chance to re-photograph them. It doesn’t seem right that some of my favourite dishes on this blog have the most rubbish photos, so it was nice to revisit those posts and give them a bit of a facelift.

After dinner we went for a little sight-seeing tour around Paris in the car. As Shu says, Paris by day is very “beige”… something I’ve always thought myself. It’s at night when you can really see the beauty of the city thanks to all the lights (as long as it’s not after 1am, as all the monuments and buildings are shrouded in darkness because of a recent law aimed at saving energy)!

Thanks for stopping by Shu Han – hope we can meet up again someday!