You are here: Home / Adventures / Three Bean Salad and a picnic by the lake

Hi folks. A fairly quick post today and I almost feel guilty for posting this because it’s barely a recipe. It changes every time I make it but when I started my blog I wanted to have an archive of “the things I cook” – something I can reference in years to come and to be fair, it wouldn’t be a true “archive” if I missed out something that I eat quite regularly, just because it’s so simple. Yep – you guessed it, you’ve all seen the title. It’s a “three bean salad”, but you can equally make it a four bean salad, a five bean salad, a ten bean salad… it’s really up to you. I wouldn’t recommend dropping below three varieties. I think it’s a good number to give enough variation in colour and texture.

It’s very fast to throw together, assuming you’re using canned beans. If not it will require some forward planning, and what’s the benefit of beans? Beloved food of canny students everywhere… yep, these babies are cheap, cheap, cheap! This dish is perfect for those on a budget and best of all, it doesn’t even look like budget food. For less than about €3 you can get a huge bowl of beans big enough to serve probably about six people, perhaps up to eight if you’re eating the dish as part of something else. In this case I served it with bread and a roasted aubergine and feta salad I’d also thrown together for a picnic which we took out to a nearby lake. 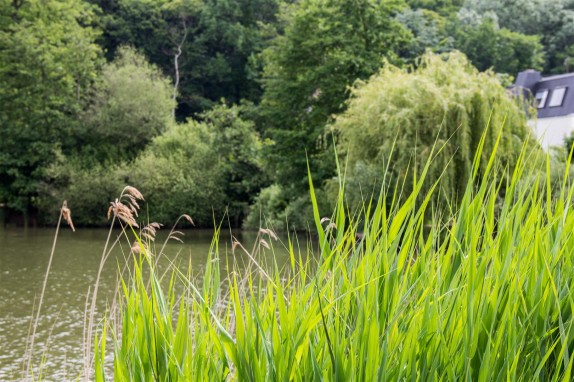 Can you see the house on the right-hand side of the photo? There’s two houses at the end of the lake here, and then a road along the other side with more houses. I can imagine it must be quite delightful to live down there. Very calm and peaceful. One of the houses has a small library upstairs, facing the lake, with large floor to ceiling windows. On a summer’s evening it must be wonderful to sit there, sipping something cold and looking out over the lake with a book.

The lake is home to no small amount of wildlife too. Fish, ducks, coots, herons, frogs and toads and a rather cute family of coypus: 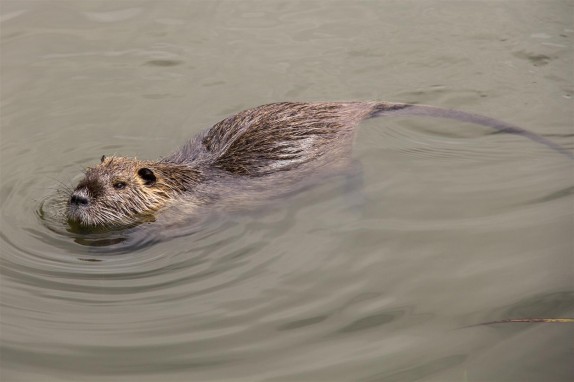 We first discovered the family back last winter. We’d take our lunch by the lake each day as it is just a short drive away from our office. The lake was frozen back then and we’d see the female coypu and her young huddling by the edge of the lake, sitting on the ice looking a bit sorry for themselves. Periodically, the male would appear, before ambling off again, presumably in search of food. We liked to feed the ducks with some bread and it seemed that the coypus were rather grateful to grab some bread as well. They were in the same place each day during our lunch break – I like to think they were waiting to say hello to us, although that probably just happened to be the place where they usually sat. 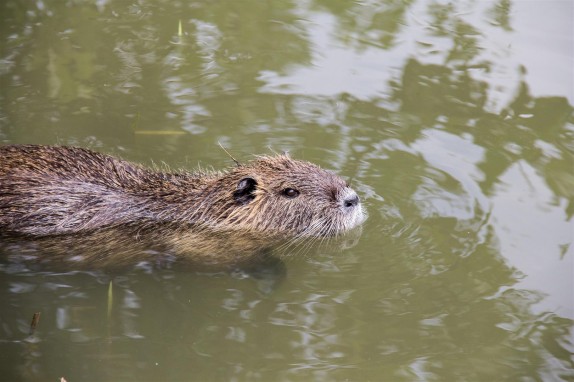 They have enormously thick, long tails which swish around in the water behind them as they swim, and swim they do! Now that it’s summer and the lake has thawed, whenever someone is around feeding the ducks you’ll see the things powering through the water to the bank, their little noses twitching in anticipation as they glide along. It seems though that they’re not always interested in human-provided snacks these days. Since they can once again forage for their more natural food they seem to enjoy sleeping the day away on a platform which floats in the middle of the lake. I’m not sure how it’s secured but it seems to be an old pallet or something. You’ll often see a heron sitting there as well, before he takes off to do a “fly-by” and swoop down to skewer some unsuspecting fish. 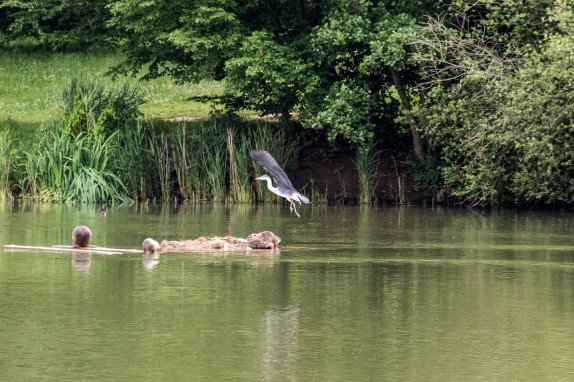 In the picture above you can see at least two, possibly three of the young coypus, as well as the male, on the left and the female on the right, oh, and the heron of course. Don’t mention herons to my mother – some years ago she had terrible problems with one of the things swooping over and deciding my parents’ garden pond looked like a good takeaway restaurant. They have some special protection devices which sit on top of the water now – big round discs made of a type or mesh or net I think, so air and light can get through, but sharp little beaks can’t, so no more goldfish for him (or her!).

Mating season for the ducks seems to be over now. The females are hidden away in the reeds on the banks, no doubt sitting on eggs or nursing their young. The males seem to be roaming the banks, snoozing in the sun or generally looking a bit lost. I could walk almost right up to at least two of them, which is how I was able to get such a close-up photo. If you look carefully at the last one you’ll even see my reflection (and the reflection of my family) in its eye – how’s that for cool? 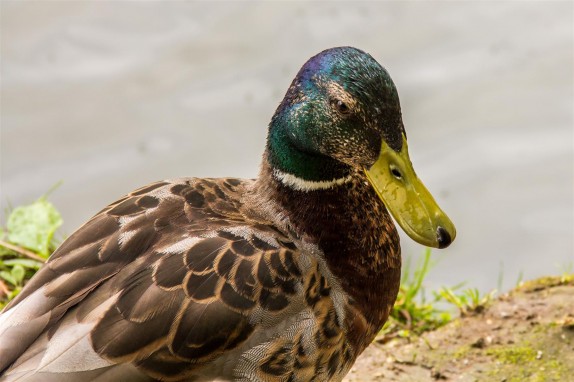 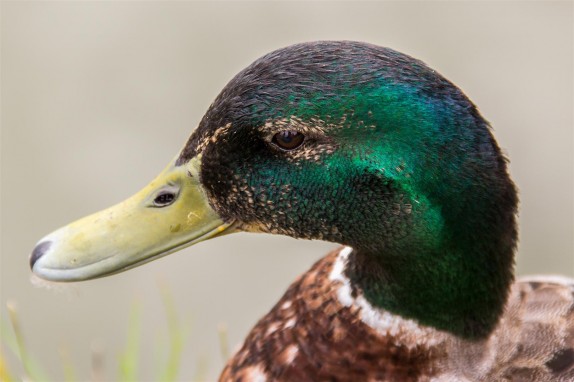 I hope you enjoyed the photos from another part of my “neighbourhood”. At the end of the lake there’s a really nice French restaurant which I hope to do a little review of one day. The dining area has large glass windows over-looking the lake which make for a lovely view as you enjoy the delicious food. Incidentally, they do excellent duck there, although hopefully it’s not one of our friends pictured above! 😀

On to the recipe – I hope you enjoy it, and I hope it can inspire you in some way. Have a great Friday everyone and enjoy your weekend. I’ll be back on Monday with my next post, and another video! 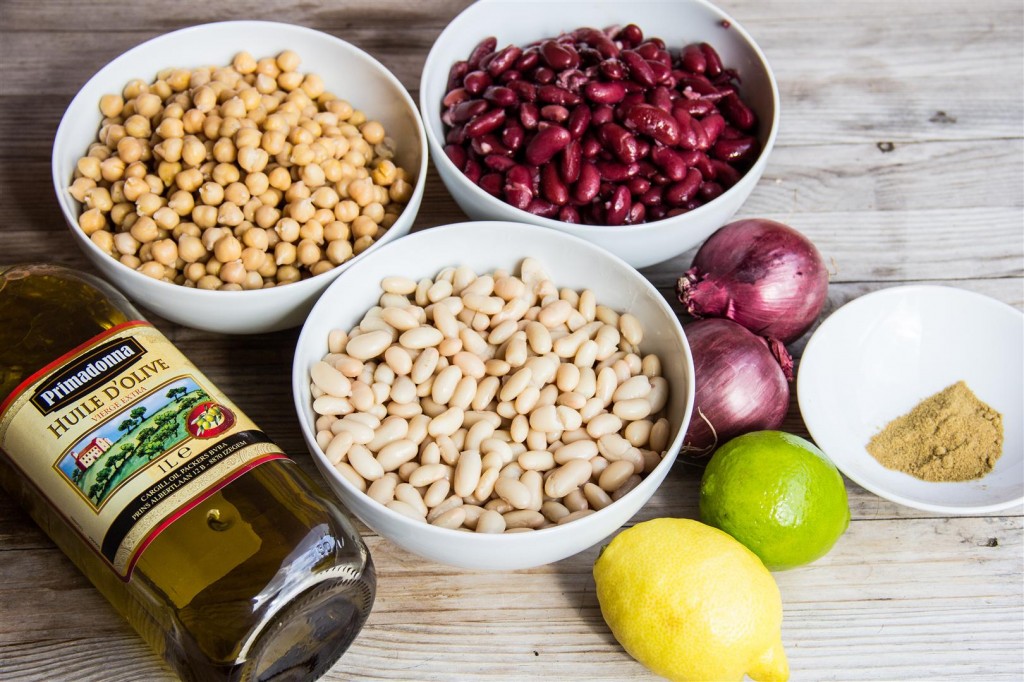