You are here: Home / Post Archives / The Top 10 Worst Swedish Foods (or ones that are just plain weird)…

I recently read a Top 10 on this very subject, and while I realise that things like this are highly subjective I have to say that aside from two or three things, I didn’t agree with the list at all! Indeed, they even put some things on the list which I’d actually put on my “Top 10 Best Swedish Foods”, so I’ve no idea what was wrong with that author (to be fair, I think they “crowd-sourced” the responses, and then just picked the responses from the people who’d sent in the most decent photos).

In any event, I should add a disclaimer that these are purely my personal opinions and I don’t mean to offend any die-hard fans of any of the things on this list. Sweden is a beautiful country with beautiful foods but some of the things just don’t sit well with me. In any case, every country has its own peculiar flavours… no-one here seems too fond of Marmite for example…

If you’re interested in reading the other side of the coin, check out my list of top 10 best Swedish foods here. Otherwise, without further ado, I present to you my list; read on to see the Top 10 Worst Swedish Foods:

Let’s ease into the list with something that isn’t altogether bad… just extremely weird, especially when you hear about it for the first time. The taste is actually quite ok, but you’d be brave person to try it when you hear the ingredients: Chicken, chilli sauce, peanuts, bacon, and… er… bananas. And no – not plantains. Actual “sweet” bananas.

Another dish which I have gripes with because it seems like everyone I know loves this stuff. It’s basically pancake batter which is poured into a big pan and baked until done in the oven. Sounds ok, right? Sure, as a dessert… except it’s traditionally eaten as a main course, by itself with butter and jam. My problem with this is that I feel like I need more than just a slab of carbs, fat and sugar for dinner. Bacon is sometimes added, so that’s some protein I suppose… 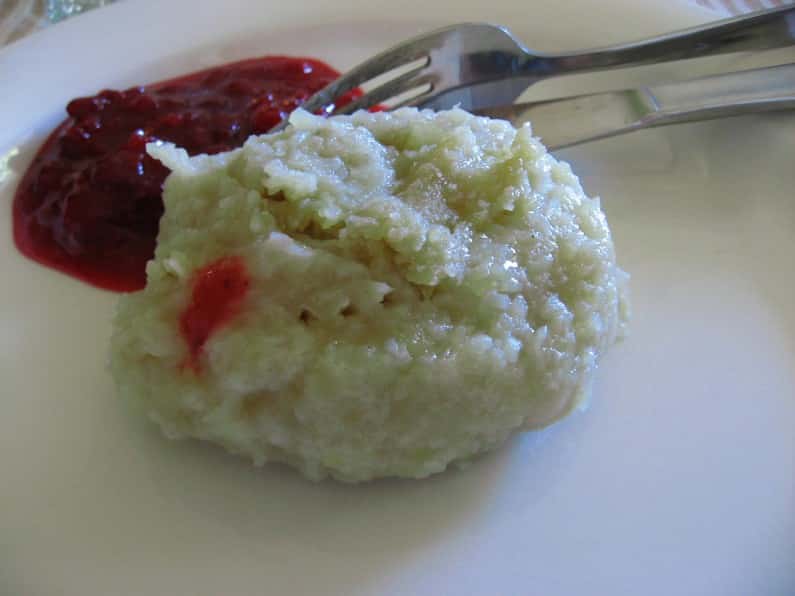 Another thing which a lot of people enjoy, these are just dreadful. Again, like the pancake, they’re often eaten as a main course with butter and jam. Palt are meat-filled potato dumplings. They’re dense, they’re sticky, they’re pale and anaemic-looking. Basically, wholly unappetising and I don’t like them one bit. I also tried to make them one day and they disintegrated in the boiling water so I’ve been bitter about them ever since.

Ok, I can’t write off every single Swedish sausage – I’m sure there are some fantastic local variants out there – but I sure as heck can’t find any here. The UK has a real sausage tradition – A good Cumberland sausage with herbs and apple… you can’t get better than that for your breakfast. Coming here, it seems like 99% of all the sausages are basically hotdogs in various sizes. Over-processed, mechanically recovered meat slurry shaped into a sausage and wrapped in plastic, much like this. Now, I enjoy a hotdog as much as the next man but I want a bit of variation every once in a while! 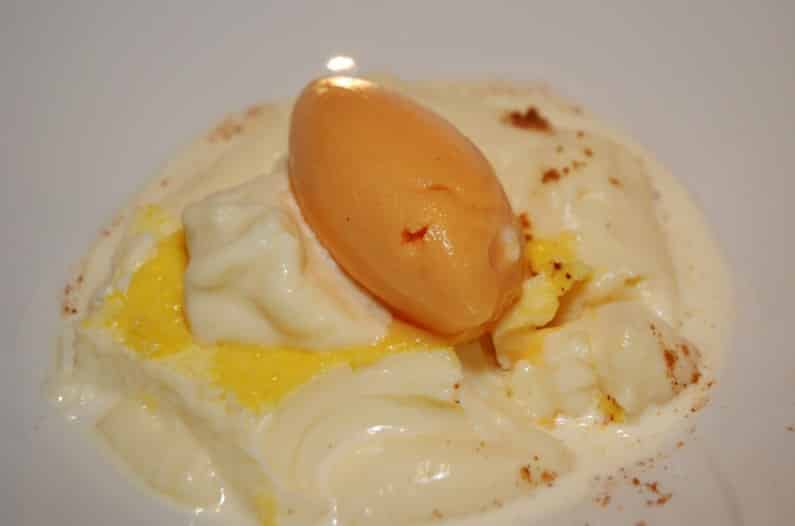 No, it’s not the quenelle of ice-cream in the foreground there. The kalvdans is that wobbly, mayonaisey-looking stuff in the background. This is actually considered a real delicacy because the milk needed to make it is really hard to get a hold of. The name literally translates to “Calf Dance” and it’s made by heating unpasteurized colostrum milk, the first milk produced by a cow after giving birth. Again, it’s not inherently “bad”, I just find it exceptionally strange. It’s all wobbly and squelchy and like eating a thick milk jelly.

I might be a bit biased here, since I already detest liquorice, but imagine the worst candy in the entire world, and then imagine adding ammonium chloride to them during the manufacturing process. This gives them a revolting, tongue-numbing, overpowering salty flavour. Need I say more? They’re hugely popular here though. I just can’t imagine why… 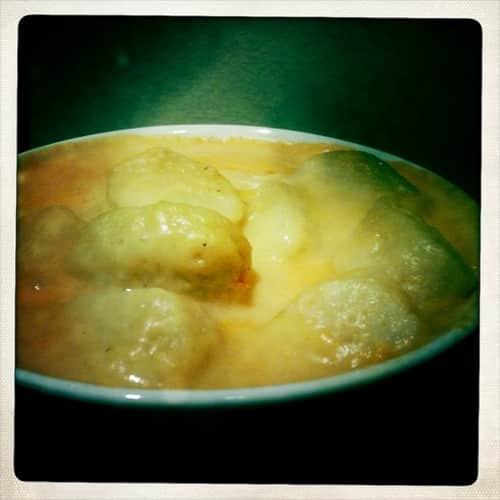 I suppose these aren’t dissimilar to the fishballs you can find in many Asian countries, but I didn’t like them there, so I sure as heck aren’t going to like the Swedish variety. Imagine a rubbery white ball, tasting ever so vaguely of fish, smothered in different sauces – lobster, curry, dill – and then canned along with about 30 other of his bally friends. Heat up and eat from a bowl… or don’t.

Lutfisk, or “Lye Fish” is common on the Swedish Christmas table. I’m very glad I got to try it last Christmas because now I know never to touch it again.  It is made from aged stockfish (air-dried whitefish) or dried and salted whitefish and lye. It smells vile and is like putting fish jelly into your mouth.

This stuff… I hate it with every fibre of my being. Unfortunately my wife loves it, and now so too does my son. Don’t get me wrong… I love fish, but this smells like some kind of fishy nightmare. You only have to open the tube for a few seconds and the smell has permeated every corner of the room. Of course my son gets it all over his hands and then he decides he wants a big fishy hug after dinner. They do have a clever advertising campaign though…

No list would be complete without these bad boys. You may remember this from my post back in February. I don’t even care that it doesn’t actually taste half as bad as it smells. No food should smell putrid and rotting!

So – what do you think? Do you agree? Did I miss anything from the list? Let me know in the comments below!