You are here: Home / Recipes / Baking and Snacks / Typically British: The Victoria Sponge

Hi again everyone, I’ve been busy in my parents’ kitchen and I wanted to make something typically British to commemorate my vacation here. This is a bit of a continuation from my Swedish sockerkaka recipe. I wrote there about many countries having their own basic “sponge” cake. Sweden has the aforementioned sockerkaka, North America has the pound cake and then good old England has the Victoria Sponge. Since the Brits are so fond of afternoon tea, and there really is no other more quintessentially British cake than this, to be consumed after the crust-less cucumber sandwiches at high tea on a Sunday afternoon, then this seemed like the perfect think to make.

The traditional Victoria Sponge should be sandwiched with raspberry jam and dusted with caster sugar. If you start fiddling about with fillings and toppings it is apparently no longer a Victoria Sponge – rather just a sponge… a “Victoria Wannabe” if you will. I must admit, I do like adding a buttercream filling to my cakes so mine aren’t always completely traditional, but they’re good nevertheless.

I’m a terrible corner-cutter with sponge cakes and over the years it’s got to the point where they’ve become heavy cakes which dry very quickly. For this recipe it was back to basics. I wanted to do everything “the right way” once again, to ensure that the results were optimal. This even included going back in time a bit, from a equipment point of view, and using my parents’ slightly less than accurate kitchen scales. In this digital age I’m used to precision accuracy, down to the gram, but this older style scale certainly has its charm! 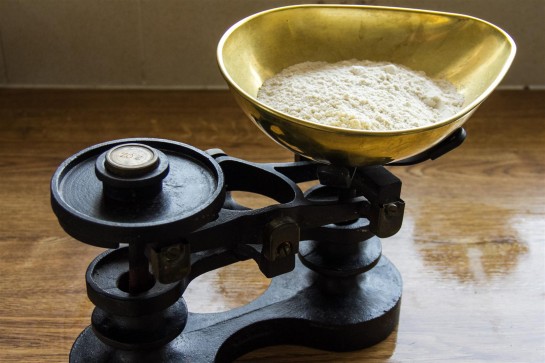 Despite being in an unfamiliar kitchen, using a gas-powered, non fan-controlled oven, and these balance-style scales the resulting cake was actually one of the best sponge cakes I’ve made in a long time. A fact confirmed by my wife who is so used to my rushed offerings, so this really does go to show that small acts in baking – sifting, folding and the like – can make a huge difference to the final product! 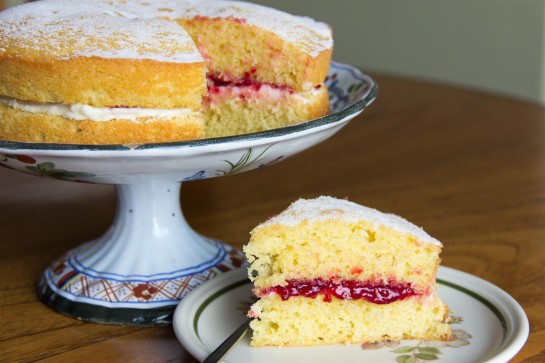 Before I get to the cake though, a few photos from my trip so far. Please forgive the grainy cellphone photos, the light wasn’t the best in a couple of them, but I thought I’d briefly show you about what I’ve been doing. My wife and I had a wonderful meal – alone. Just the two of us. That was absolutely fantastic and pictured is my starter of Guinea Fowl Terrine with Onion Bhaji: 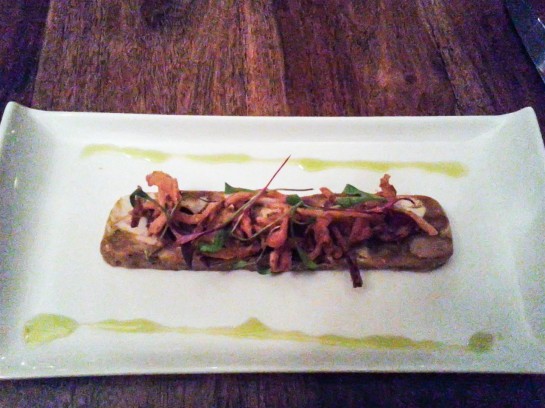 My son has also been expanding his gastronomic horizons. On the menu today: “Table”! 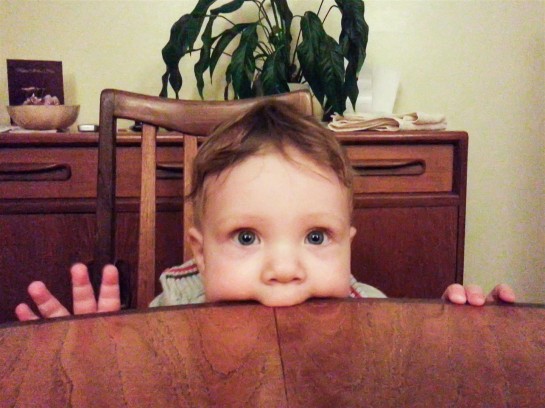 We’ve also been out and about visiting a few places, although not quite as many as we’d have hoped. It’s been really cold and windy which makes going outside for any extended period of time less than a pleasure, sadly. Pictured below is a photo taken at the top of a (cold) hill called “Spread Eagle Hill” in Dorset. The arrangement of the hills and valleys here kind of look like an out-stretched eagle in flight, although it’s a little difficult to explain how from the Google Maps view. 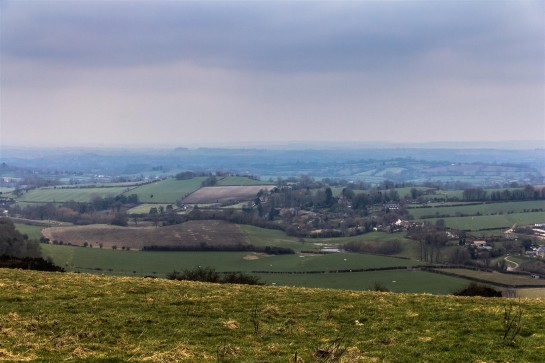 There are great views from the top and we used to picnic near here as a family when I was younger. I have many memories of sitting in a car sipping tea and eating potato salad, as it was raining outside! That, in case you were wondering, is how the Brits do picnics; never put off by a bit of rain, we’ll happily sit in the car eating the food and, naturally, complaining about the weather!

I have two trips coming up so will duly take photos and share them with you soon, in the meantime though I hope you enjoy the rest of the post, and have a great day (and a very happy easter!). I apologise if I haven’t replied to your comments yet or been to any other blogs in a while – I’ll catch up with that shortly as well. 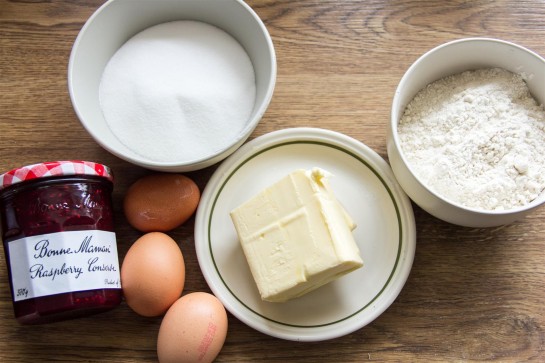 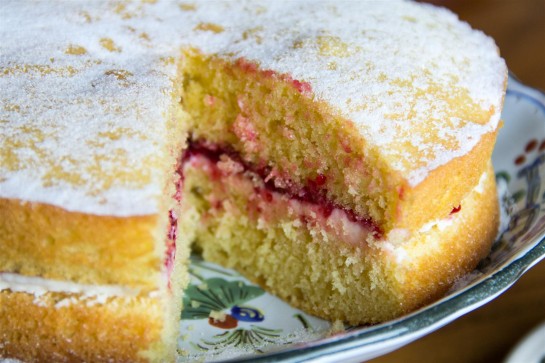