Hi folks, welcome back to the second post in my series of “Typically Swedish” things. Today is all about Surströmming. “Sur-what?” you might ask. Let’s break it down: “Strömming” is “Baltic herring”. Ok, that sounds pretty good, right? Wait, wait, wait – there’s another part to the word: “Sur”, which unfortunately means “sour”. Do not, under any circumstances, be tricked into thinking that this is something similar to pickled herring. I love pickled herring. I do not love surströmming.

It was probably one of the most unpleasant things I’ve ever had the misfortune of eating and yet it’s, inexplicably, loved by a great many Swedish people. Ok, perhaps you’re curious by now as to what it actually is.

Swedish “soured (Baltic sea) herring” is fermented Baltic herring and is a staple of traditional northern Swedish cuisine. The Baltic herring, known as strömming in Swedish, is smaller than the Atlantic herring, found in the North Sea, and traditionally the definition of strömming (Baltic herring) is herring fished in the brackish waters of the Baltic north of the Kalmar Strait The herring used for surströmming are caught just prior to spawning. The fermentation starts from a lactic acid enzyme in the spine of the fish, and so the fermentation is by autolysis; together with bacteria, pungent smelling acids are formed in the fish such as propionic acid, butyric acid and acetic acid. Hydrogen sulphide is also produced. [Wikipedia]

Ok, sounds great huh? In case you’re still not convinced by just how special this stuff is, let’s get a couple of quotes from some news stories cited in Wikipedia:

In 1981, a German landlord evicted a tenant without notice after the tenant spread surströmming brine in the apartment building’s staircase. When the landlord was taken to court, the court ruled that the termination was justified when the landlord’s party demonstrated their case by opening a can inside the courtroom. The court concluded that it “had convinced itself that the disgusting smell of the fish brine far exceeded the degree that fellow-tenants in the building could be expected to tolerate.”

German food critic and author Wolfgang Fassbender wrote that “the biggest challenge when eating surströmming is to vomit only after the first bite, as opposed to before.”

Whoa! Doesn’t this just sound amazing? Don’t you just want to eat it right now? Oh, did I mention that a number of airlines have banned it as well because of fears that the cans might explode due to pressure changes in-flight? The lids and bases of the cans of surströmming you see in the stores are actually already bulging outwards. It should be noted though that producers of the fish have called the airlines “culturally illiterate” on the premise that that idea of an exploding can is purely a myth.

I do believe in trying things though so, much to the amusement of my family, I decided to give it a go one summer a few years ago when I was on vacation. Let me walk you through my experience: 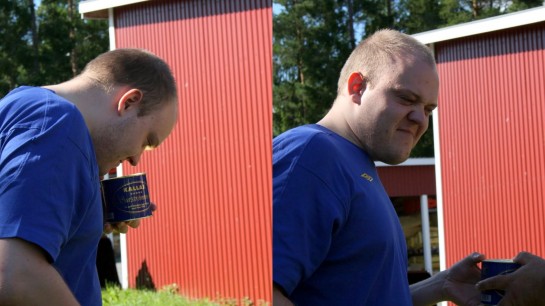 I was given the dubious honour of having a whiff of the can once it had been first opened (it made a whooshing sound as nasty fish gas escaped). As you can tell from my reaction I was none too impressed. The smell was just atrocious. Have you ever walked past a garbage can with rotting fruit and meat and fish inside on a hot summer’s day? Ok – that was the smell assaulting my nostrils at that moment. 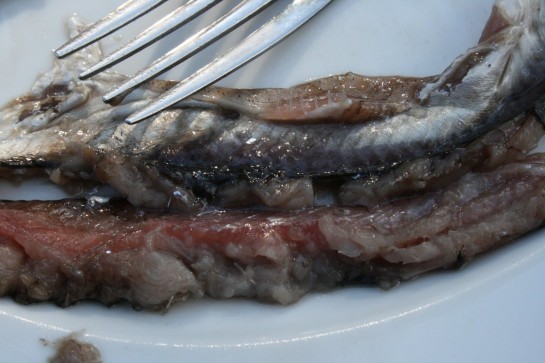 So here it is, out on a plate. Doesn’t look particularly appetising but doesn’t look like the worst thing imaginable. No – you don’t eat it like this. You eat it on some hard flat bread with chopped onion, cottage cheese or crème fraîche, sliced tomato and boiled potatoes. Here’s the sandwich in its finished form: 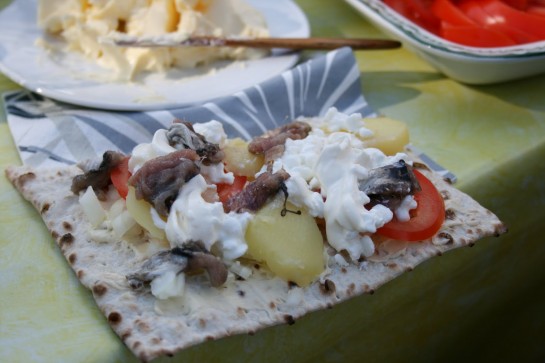 Not too bad, right? Well, here goes nothing – down the hatch. 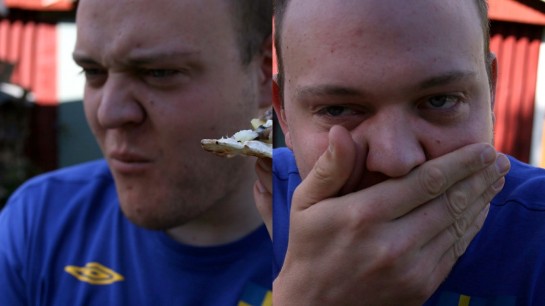 First bite. Confusion at this foreign flavour and texture in my mouth quickly turns to horror… 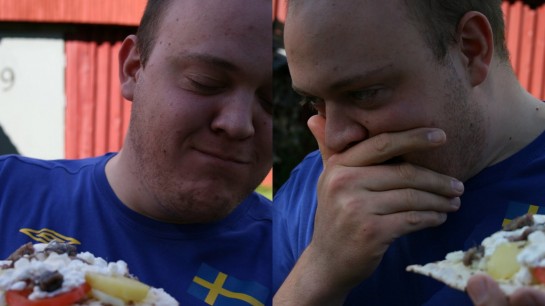 …which leads to gagging and spluttering… 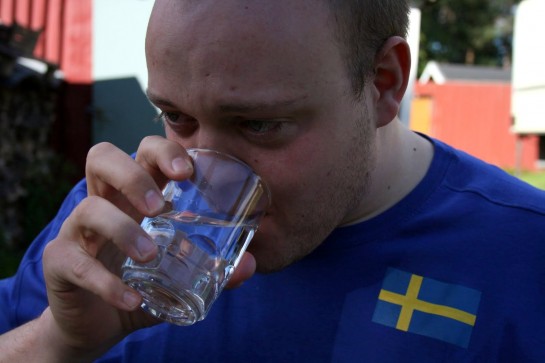 …which leads to “Oh my God, give me water to wash away this flavour of garbage in my mouth!”

I did finish the sandwich though, because I don’t like to waste food, and I will say that, in terms of taste, surströmming is nowhere near as bad as it smells. But it’s still pretty bad, and suffice to say I will most likely not be participating in any mouldy-fish parties this year. It’s often eaten with a strong liquor like snaps or akvavit. I’m sure people in the know will strongly disagree, but I’m almost certain that this is just to burn away the flavour from your mouth!

Oh, and if you had any doubts about the smell – we put the scraps, like bones and skin and the like, in a bowl and put it some distance away from the table. The smell managed to attract just about every single fly within a 5km radius who then came over to feast on the fish. 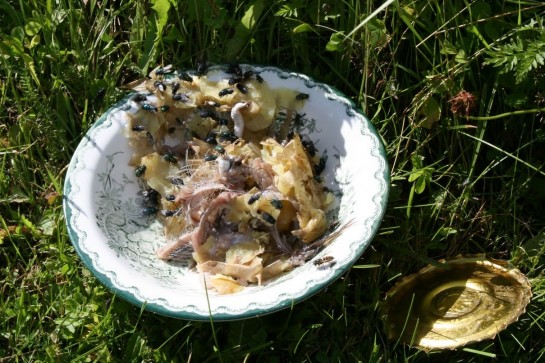 So, er, yeah… don’t try surströmming. Or do, if you’re one of those people who likes to try everything at least once. Loads of people I know absolutely love this stuff, so maybe you will too.

What about your own respective countries? Do you have any weird or bizarre foods? Let me know in the comments and see if you can top this delicacy!