You are here: Home / Recipes / Baking and Snacks / Back with Beetroot Brownies

Oh boy – I’m sitting here staring at my computer and I must admit… I’m almost not quite sure what to do. Where do you begin when you’ve been away for so long? Well, how about I just start talking about how my summer’s been, and then I’ll see where that leads? I’ll finish up this post with some beetroot brownies, because you can never have too much beetroot (or too many brownies for that matter!).

So, summer? Well – it’s been wet, it’s been chilly, and the number of “nice, sunny days” we’ve had I could probably count on one hand. Disappointing to say the least. Coupled with a late, cool spring, it has not made for ideal growing conditions in the garden. I’ve planted some wax beans and some haricots verts, but they’re small and I don’t think they’ll ever amount to anything much. Especially not now that we’re already in August. My spinach has been growing like crazy though. More than we can eat, so we’re going to pick the lot soon and blanch and freeze it.

Despite the weather, we have had some good days. One trip to the beach, a couple of trips to Rismyrliden, and some visits to Pite Havsbad (ok – it was raining last time we were there, but it’s inside so we still had fun!).

My wife and I celebrated our fifth wedding anniversary on the 30th of July (already?!) by going out to eat in a pretty nice restaurant in town. Certainly not cheap but very tasty! Happy Anniversary dear – and here’s to many more!

I’m now (finally!) the proud owner of a grill, so we’ve been enjoying some food cooked outside, in various charred states (ok, I’m getting better now, but it’s a whole art!). I even bought a pizza stone to sit on the the grill which I can cook bread, or more obviously pizzas, on, and some different types of wood chips to smoke the food. I cherry-wood smoked a whole flank of salmon a few weeks ago which was a lot of fun! 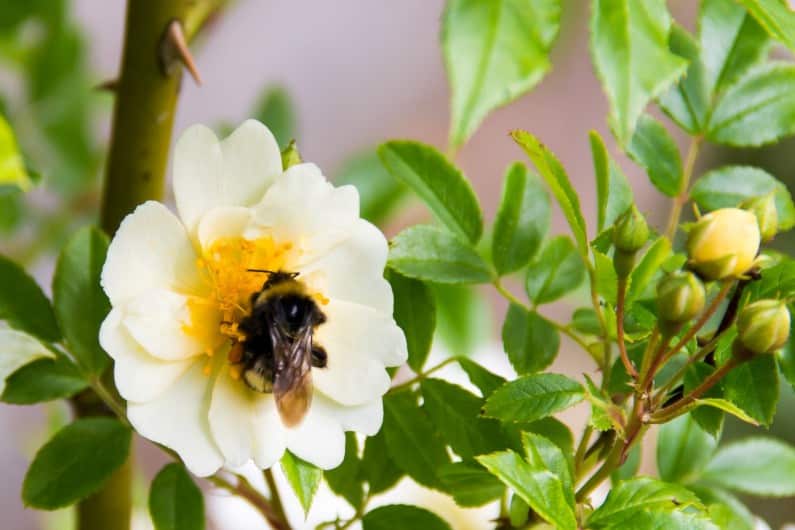 So, where have I been? Well – I’ve been here, I’ve just been working like a crazy-man. Running your own business isn’t easy work at the best of times, but juggling studies in Swedish and family life together makes for one hectic schedule. I’m now finished with my Swedish (although will be starting some university studies next term) but hope to try and breathe some life into FiveEuroFood again. It’s been far too long since I posted anything. I haven’t even been that keen on cooking recently. It’s far easier to boil up some palt than cook when you’re working on a deadline, although speaking of those… I must admit that I’ve totally changed my mind on them now. I had them at #8 on my top 10 worst Swedish foods; I still think they’re a bit “special”, but hot dang they’re good. Butter, lingonberry jam… ok, you’ll have a little carb’ coma if you eat too many and need to sleep for the next 6 hours, but they’re really good. Definitely something you should try if you come here, especially if you go Piteå. There’s a restaurant there which serves all kinds of different “gourmet” palt — even vegetarian variants.

So, on to today’s recipe. Beetroot brownies! It seemed like just a couple of years ago people were stuffing beets and zucchini into all manner of unsuspecting cakes and cookies, and then suddenly it all went out of vogue and the whole “gluten is killing us”, “sugar is killing us” craze came along. Sorry — you’ll need to pry my gluten and sugar products from my cold, dead hands. That stuff is staying. Life is too short to deprive yourself of deliciousness when you don’t have to.

Sissi from WithAGlass.com once joked that I should probably have a beetroot blog since I have a lot of beet recipes (ok, we’re not talking hundreds here, but it’s definitely something I have used a great deal in the past). Who knows, maybe I should publish a beetroot cookbook. Anyway, my son is getting more adventurous and less picky with his food. Certain vegetables (ok, most vegetables) are still a no-go for him, although he seems to love celery, cucumber, and raw spinach. I figured if he won’t eat it directly, why not bake the veg into something delicious like a brownie? Besides, everyone knows that even the most unhealthy of foods becomes nourishing and power-food-like when you bake beets into it… right? Right?… ehm… yeah.

Joking aside, I really enjoyed these beetroot brownies. I wasn’t able to cook the beets for as long as I would have liked so it meant they were still a little hard when I puréed them. Not a problem for me because I just love me some beetroot, but unfortunately my mother-in-law wasn’t a fan. However, as long as you make sure the beets are sufficiently cooked then you’ll really never know they’re in here.

Have a great day folks, and here’s to hoping I’m able to post here with a little more regularity!